In an extraordinarily magnanimous gesture, the winner of Business Environment’s client extranet Football Challenge, has donated his entire winnings to Bristol charity, the Jessie May Trust.

Bristol Temple Meads client Jeremy Hutchinson, Director and Applications Developer at systems developers Desynit, scored highest in a competition to correctly predict the results of matches in the 2013-14 Premiership season. On hearing that he was the winner of the challenge he took no time at all in deciding to donate the £500 he won to Desynit’s charity of the year, the Jessie May Trust. 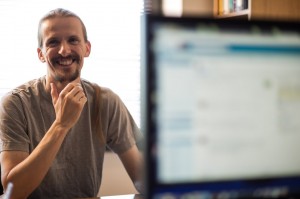 Jessie May is a Bristol-based charity providing nursing care at home for children and young people with life limiting conditions who are not expected to live beyond the age of 19. The charity was established in September 1994 by Chris and Philippa Purrington, following the death of their baby daughter Jessica May from a genetic condition known as severe Spinal Muscular Atrophy when she was only 4½ months old.

Other participants in the challenge acknowledged Jeremy as both a worthy winner and truly altruistic in his generous gesture to a small charity that relies almost entirely upon voluntary funding. Since the charity was founded in 1996 it has supported over 175 children and their families in the Bristol, South Gloucestershire and Somerset area.