We didn’t have a patrol last night so we got a full nights sleep which was much needed!

I (Tom) was then awake for 5:30am to start my duties on the rain gauge and turtle hatchery. We had a lot of rain, it was the second highest it’s ever been this season! And no baby turtles all morning either. 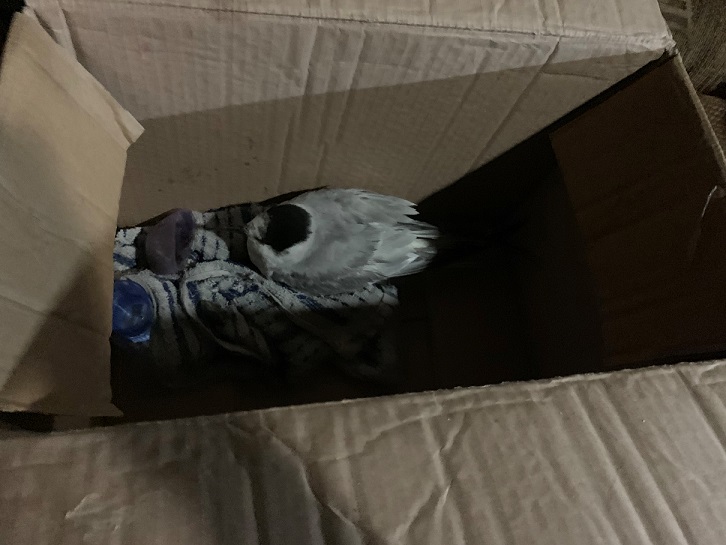 We were then due to have nest building at 10:30 but due to the nonstop rain, it was cancelled. So today was a day of socialising and trying to stay dry. We did however find a white winged Tern that had a broken wing, so we brought him in and put him in a box, and wrapped him in a towel to keep him warm. Some of the volunteers and some of the leaders all kept checking in on him, and later we went to beach when the rain subsided for a while to find some worms or snails for him to eat. At first he resisted but after a few more attempts, he ate his dinner. He has been trying to stand and trying to use his wings but his balance is all over the place 🙁 Hopefully we can nurse him back to health! 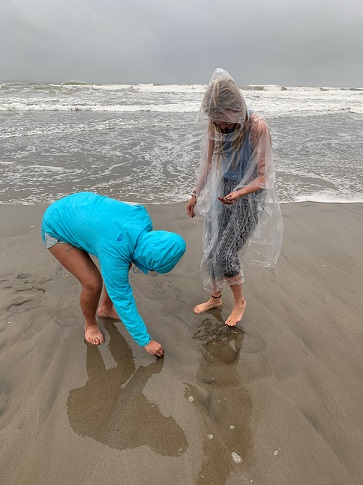 I (Meg) am on hatchery duties tonight until 9pm, and I (Tom) take over at 10pm until 11pm. So that means there is no patrol tonight but this is just as well, as it may get cancelled due to the continuous rain! There is now a yellow warning out for the whole of the peninsula because of the serious flooding all around.

We are not on the rota tomorrow so we may go down to the local hotel to use their swimming pool with some of the other volunteers just to make sure we stay totally saturated , plus the hotel has a bar 🙂