Have you considered relocating your business to Bristol?

Bristol has been a business hotspot for centuries. A city that was once defined by its port has modernised over the years to become the home of the UK’s aerospace engineering industry and lead the way in the creative and digital sector.

The tenth largest city in Britain contributes £14.2 billion a year to the economy and the metropolis’ population is growing at a rate that outpaces other major cities. 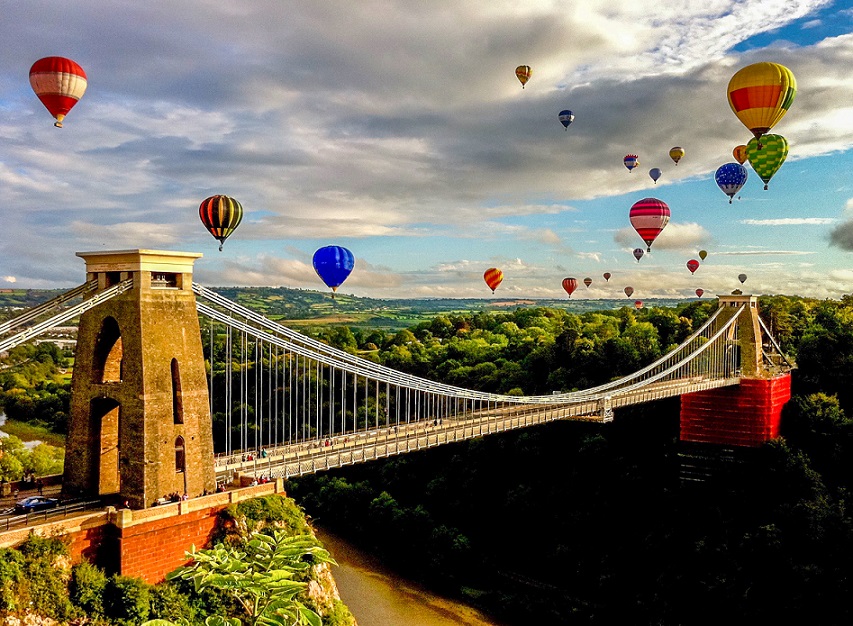 From ancient to modern
‘Brigg stow’, or the meeting place at the bridge, has come a long way from the Iron Age forts and Roman villas that were built on the banks of the rivers Frome and Avery. The settlement nestled between the two waterways outgrew nearby Gloucestershire and Somerset when Bristol was declared a county of its own in 1373.

After centuries of exporting wool, fish and grain and importing tobacco and tropical fruits, trade at Britain’s second-busiest port slowed down as the Industrial Revolution gained momentum.

The South West was a major hub in the age of mass production and gave rise to the late, great engineer Isambard Kingdom Brunel. His ambitious works included the iconic Clifton Suspension Bridge spanning the Avon Gorge, the SS Great Britain, a vast steam passenger liner built in Bristol docks, and Temple Meads Station opposite which BE Offices’ Bristol business centre is situated.

Business today
Businesses in the county have benefitted from the UK’s most successful local currency, the Bristol Pound, since 2009. Over £5 million Bristol Pounds have been spent in the region, including 80,000 transactions by mobile app and online banking.

33,000 people work in financial services in Bristol, making up one fifth of the total number of jobs in the sector in the South West. The aerospace and advanced engineering sector employs 29,000 people while creative and digital industries provide 20,000 jobs.

The port is still going strong and handles 12 million tonnes of goods a year, including 600,000 cars and a quarter of all imported aviation fuel in the UK.

Small businesses are also a common sight in the South-West, as Bristol is home to the second highest number of start-ups among British Core Cities , the eight largest economies outside of London.

Big names
A number of high-profile businesses call Bristol home. Airbus, the largest commercial aerospace company in the UK, has a huge presence in the city and reports local revenues of £6 billion.

Rolls Royce, which also manufactures aerospace products, invested in a base in Filton in 2018 to improve technology for fighter jets. Financial firm Hargreaves Lansdown was founded in Bristol and employs over 1,700 people from its Anchor Road headquarters.

Fans of more traditional air travel will be familiar with the world’s biggest manufacturer of hot air balloons, Cameron Balloons, which can be found in Bedminster in the south of the city.

Our very own serviced offices at Temple Meads is home to many local businesses and is one of the largest business centres in the city.

Well connected
The city is served by two main railway stations. Bristol Temple Meads with local and regional CrossCountry trains, and high-speed journeys to London Paddington taking just over an hour and a half. Bristol Parkway is also found on Brunel’s Great Western Railway and operates services to Swansea and Cardiff Central.

Bristolians are an eco-friendly bunch and 57,000 commuters travel by foot or bicycle to work, more than any other Local Authority in England and Wales. In 2019, the city became the first in the UK to ban diesel cars to cut air pollution.

International visitors can reach the city from Bristol Airport, a convenient eight miles from the city centre.

Food and drink
If you’re looking for your fix of socially distant eateries, St. Nicholas Market is a haven for street food to pick up on the go. The Glass Arcade is home to Chilli Daddy, the first Szechuan food stall in the UK and finalists in the 2014 BBC Food and Farming Award. The Harbourside Market is also open on Wednesdays and Thursdays offering casual al fresco dining. When more traditional restaurants reopen23, look out for the five Michelin star venues in the city and a host of vegan and halal options.

Coffee connoisseurs will find plenty of independent cafés to place their favourite orders with Baristas from. Playground Coffee House brews specially sourced beans in a rustic space complete with board games, while Small Street Espresso specialises in sourdough sandwiches served in an intimate setting. Expect to keep your distance and enjoy your coffee in a takeaway cup.

Social and entertainment
There are plenty of opportunities to sample the arts and culture that make Bristol so unique. The Bristol International Balloon Fiesta is Europe’s largest meeting of hot air balloons and usually takes place in August. However, plans might change this year in order to make the party pandemic-proof.

Art lovers can enjoy Banksy’s Bristol Trail, a walking tour of famous works by the local artist, including Valentine, the mural that appeared in Barton Hill earlier this year.

Keep an eye out for the reopening of museums and galleries in the city including M Shed. Exhibits include 3,000 artefacts showing Bristol’s role in maritime trade and admission is free. The Red Lodge Museum is a historic house dating back to 1579. Its Great Oak Room is home to the last complete Elizabethan room in the city and includes enchanting original features.

Contact us to learn more about how your business can establish itself in the centre of bustling Bristol. With high-speed Wi-Fi throughout, check out our BE Offices Bristol, Temple Meads for brilliant value in a beautiful, modern workspace.

Images courtesy of Claire turner via iStock & stockinasia via iStock