From incapacitation to steps challenge champion! BE Offices client defies the odds.

From incapacitation to steps challenge champion! BE Offices client defies the odds.

Back in November 2017 BE Offices ran a ‘Stridekick’ step challenge for staff and clients. Stridekick is an app which allows people using a variety of different fitness trackers to challenge each other’s daily step counts. 68 people signed up to the challenge, clients and staff in BE Offices business centres from Bristol to Basingstoke, Milton Keynes to Minories, Paddington to Canary Wharf and everywhere in between! 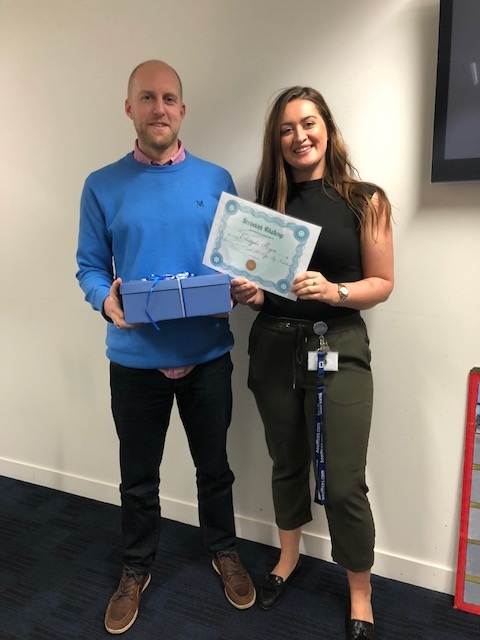 Our clear winner, walking an incredible 817,072 steps (628.07kms) in 30 days was Chris Rogers, Director of Cortex IT Recruitment who is based at our Cheapside centre.
Chris won a Garmin watch, much to his surprise, and it was when he emailed us to say thank you and mentioned spinal surgery, we wanted to find out more. Chris agreed to meet me and answer a few questions about how he went from such a major operation to walking the equivalent of the total distance from London to Glasgow in just one month.

“I’d always had a bit of a twinge, so many people have bad backs, its something so many of us live with. I started running in my lunch break and one day while crossing the Millennium Bridge I was going down some steps when a plane flew over. I looked up, lost my footing and fell.

“I suffered a prolapsed disc in the lumbar vertebrae and for around 12-14 months I couldn’t sit, stand, lie down or sleep for any reasonable length of time. It was excruciating! The most comfortable position I could find was draped over an ironing board!

“I was incredibly lucky to have very supportive bosses and an equally supportive wife. We have two young children and there was a time when I couldn’t even hold my two-month-old baby.

“Most prolapsed discs heal themselves but in February 2016 the disc burst and I needed surgery to repair the damage. Usually standing at 6ft tall, I measured only 5ft 7” when I went in to the hospital, I was so bent over with pain.

“For the following six months I had fortnightly physio and began to exercise regularly. Walking became my thing so even before the challenge I was averaging around 18-20,000 steps a day during the week. I travel in from Bedford and usually get off at Farringdon or even St Pancras and walk the remaining distance to the office. I also go for long walks at lunchtime, averaging around 6,000 steps.

“Some of the changes I made during the challenge included relocating to the (de-classified) 1st class carriage on my train so I could charge my Fitbit while I was travelling and so unable to walk, thereby utilising my enforced sitting down time. Instead of sitting down at 9.30pm to watch some TV I would go out for a walk to do another 2-3000 steps.

“I must confess to being quite relieved when the challenge ended as I was exhausted. Weekends were hard with the children but one of the big surprises of the challenge was when I did 12,000 steps on a Saturday afternoon trip to IKEA. Most of the things we wanted were out of stock so 9.5kms later, we walked out with a pack of tealights.

“My best day was in the final week and had been arranged pre-challenge. Once a year now I take a day to myself to walk, to push myself to see how many steps I can do. In 2016 I did 50,000 steps on one day so this year I pushed harder and managed 60,000. I arrived at St Pancras at 8am and walked to Holloway to Stratford to Canary Wharf to Chelsea and back to Blackfriars, a total of 46.67kms.” 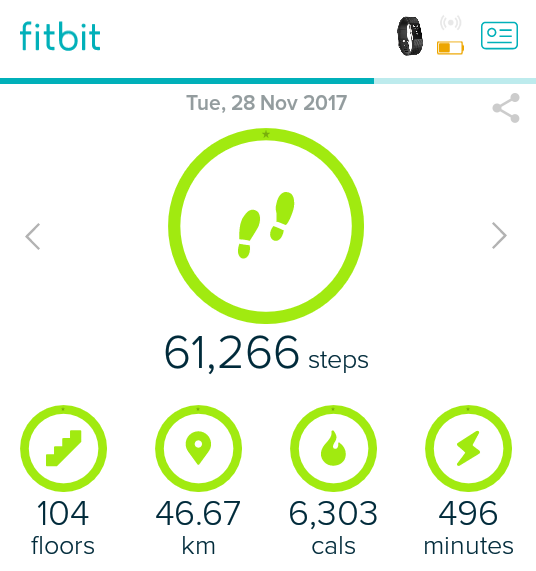 Chris admits to not being able to sit still for more than an hour and has a standing desk in his office. He walks every day during his lunch hour exploring the City streets, all the time keeping back twinges at bay.

Chris, we salute you! We watched in awe as your daily totals outstripped your nearest competitors. Now knowing what you suffered to get where you are today we can only applaud your tenacity and determination.

Clients at Cheapside for 18 months, Cortex IT Recruitment is a leading independent recruitment consultancy for the information technology industry. Currently a team of ten people, they are looking to expand within the centre in 2018.