There is a substantial gender split among small business owners and managers in the way they are likely to vote, according to the latest Business Environment/OnePoll survey conducted in the last fortnight before the General Election.

A survey of 1,000 Small to Medium Sized (SME) company owners and managers showed that 55% of men believed that the Conservatives would be best for small businesses compared to 32% of all women interviewed. In contrast 34% of women polled felt the Labour party would be more beneficial to SMEs against less than 20% of men. 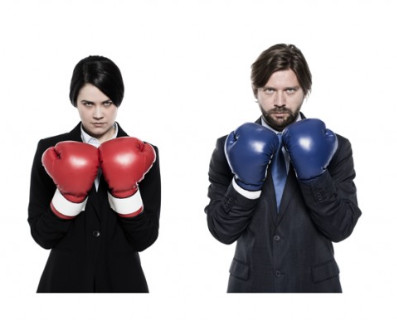 SMEs employ more than 15 million people and generate a turnover of approximately £1.6 trillion annually, according to the latest Federation of Small Businesses statistics. As such it is the UK’s largest single employment sector.

When it came to identifying which politician best understands the needs of SMEs less than 20% of women voted for Vince Cable compared to almost 40% of men. Neither Ed Balls nor George Osbourne attracted either sexes in huge numbers. Ed Balls managed to edge the women’s vote with almost 29% of those polled believing he understood their business needs against 23% of men. While 30% of men felt George Osbourne was better for small businesses compared to only 26% of women.

Interestingly 51% of the women polled regarded Labour as being more encouraging and supportive of business start-ups compared to 36% of men. Men, however, had greater faith in the Conservatives with over 52% of them believing the Tories give greater encouragement to start-ups against 44% of women.

On the subject of immigration the sexes had fairly similar views. Around 45% of both men and women believed immigration has had a positive impact on both the UK economy and their businesses while around a quarter of both sexes felt it had had a negative impact.

David Saul, Managing Director of Business Environment,  a leading London and South-East based provider of flexible business space aimed at the SME sector, said: “While traditionally Conservatives have attracted the business vote, it is clear the growing band of businesswomen disagree and believe Labour to be  more positive towards SMEs. Although women remain a minority among business owners their numbers are growing with the number owning SMEs having jumped to just under a quarter over the past five years while the number of women on FTSE 100 Boards has nearly doubled since 2011. It is clear that businesswomen are growing both in number and influence and their voices should be listened to by the various political parties.”