How businesses can cope with football fever this summer

How businesses can cope with football fever this summer

It probably won’t have escaped your notice that the World Cup is kicking off soon, and many of your staff will be keen to watch the matches.

Although most games are on outside of normal 9-5 hours, law firm Adams & Remers said employers are still likely to see higher than average levels of staff ‘sickness’ and poor performance following late-night celebrations.

So what can you do to tackle football fever and keep your staff engaged during the month-long tournament from June 12 to July 13? 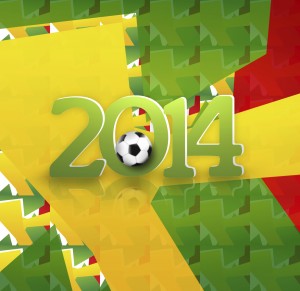 From June 30, all employees with 26 weeks’ continuous service have the right to request flexible working, regardless of whether they’re a parent or carer. Why not use the World Cup as an opportunity to trial flexible working? This can come in many forms, including shift changes, part-time working and working from home. Many people have fast broadband, laptops and smartphones so don’t always need to be in the office to carry out their duties.

Flexible working can increase productivity, loyalty and motivation, but doesn’t work in every situation, so if at the end of the trial period you find it’s having a detrimental effect on the business, you can reject future requests.

Fun and games in the workplace can provide a bit of light relief, improving morale and boosting teamwork. Fantasy football is one way to hold a competitive team activity. Your staff probably take part in their own leagues anyway, so make it official to show what an accommodating boss you are, with a prize for the winner. You could also arrange a 5-a-side competition, or hold a World Cup sweepstake – pity the poor person who draws England though!

Don’t be a party pooper. If there are TVs in the office, you could allow staff to watch some of the matches once all the day’s important work is out of the way. Alternatively, you could set up a big screen in a meeting room where employees can watch the games together in their down time, and order in pizza to encourage them to bond. Your employees might also want to watch matches on their PCs, but this may go against your IT policy, so make sure they understand the rules.

Don’t allow too many holidays

Many employees will ask to take time off to watch the World Cup, but make sure you don’t leave yourself without adequate cover, and take into account that there may be a rise in sickness levels. It’s best to operate holidays on a first come, first served basis, and be sure to make it clear that taking unauthorised leave will be punished.

Crack down on poor discipline

The World Cup only happens once every four years, so it’s good to show some leniency towards your staff so they can enjoy it, but you should never turn a blind eye to breaches of discipline as this will only lead to further problems.

Be clear about your company policies on unauthorised absence, sick leave, improper use of the internet and being in a fit state during working hours. Make sure you have procedures in place, such as back to work interviews, to deter employees from taking time off for illegitimate reasons.

Business Environment will be marking the occasion with 3 World Cup events at each of its business centres across London and the South East. Kicking off with the opening ceremony on Thursday 12th June, Business Environment clients will be invited to our World Cup themed breakout areas where we will be laying on pizza and a selection of national beers to represent the competing countries. On Monday 16th June we will be screening Germany v Portugal at 5pm and on June 24th Costa Rica v England also at 5pm.