Management consultants PwC are urging private Milton Keynes and South Midlands-based businesses to share stories of their success but putting themselves forward for the 2015 UK Private Business Awards, also known as The Diamonds, which will take place on 30 September 2015 in Central London

The gala dinner event, at The Brewery, Chiswell Street, London EC1, will celebrate the cream of UK private businesses together with their vast contribution to the UK’s recovering economy. 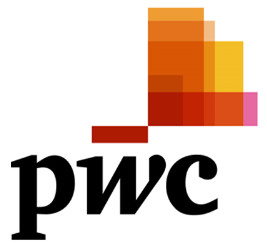 There were over 1000 nominations in 2014 with winners representing a diverse ranges of businesses including one of Europe’s leading gemstone jewellery companies, The Genuine Gemstone Company, which walked away with International Business of the Year.

Commenting on this year’s awards, partner and private business leader at PwC in Milton Keynes and the South Midlands, Chris Romans, said:

“The UK Private Business Awards celebrate the best privately owned businesses, whether well- established enterprises or rising stars in their chosen markets. Milton Keynes based Private Businesses have always had great success at the awards, including the most prestigious Private Business and Family Business of the year awards three times, which is testament to the strength and quality of our local businesses.

“Private businesses are the engine of their local communities and the UK economy, so we encourage businesses in the region to put themselves forward and tell us their story.”

The coveted overall prize of UK Private Business of the Year has previously been won by household names such as Dyson, GoCompare.com, Itsu, Monsoon, Ella’s Kitchen and Brewdog.

For information about the awards or to nominate a business, visit www.privatebusinessawards.com and follow @PBA_Awards on Twitter for all the latest news.

PwC sponsors The UK Private Business Awards and celebrates the best in the private sector, highlighting the achievements of individuals and companies. Attended by CEO’s and entrepreneurs from every region of the UK, the event seeks to recognise the contribution of private companies to the UK economy.