A survivor of the zombie apocalypse in cult binge-worthy TV show, The Walking Dead, protagonist Rick Grimes is a true leader and knows what it takes to survive amid cut-throat circumstances. Here are five things you could learn from him…

1. Lead by example
As a natural-born leader, Grimes is never afraid to step up and take charge. But he’s also not afraid to get his hands dirty and put to work his experience as a former police officer. This is one of the reasons he’s managed to harness trust among his team and secure their confidence in his ability.

Time and time again he steps in when no one else has the guts to do the deed. Through his values, problem solving ability and willingness to muck in on the zombie-killing front-line, his team never question what is expected of them. 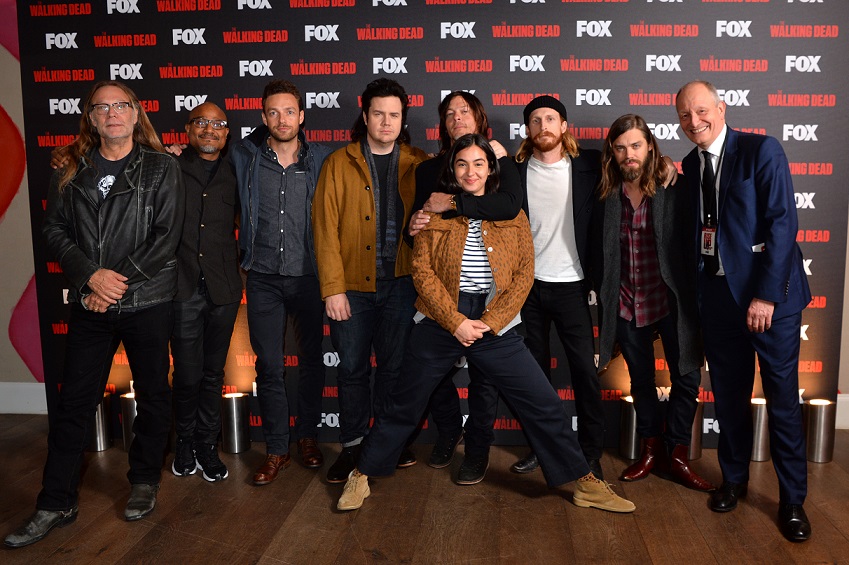 2. Look for the best in people
Grimes’ second-in-command is Daryl Dixon; a crossbow-wielding hero albeit with a volatile temper. Physically and emotionally strong, Dixon is a skilled hunter and more than capable when it comes to fending off zombies. But he wasn’t always like that, and through Grimes’ acceptance and nurturing within the group, Dixon turns from delinquent to a team-playing number two.

3. Delegate
For much of the first series, Grimes firmly placed defeating the zombies on his own two shoulders. That is a lot of responsibility for even the most ardent of soldiers. By failing to delegate, he wasn’t harnessing the power of his team or tapping into the skills of those around him.

Eventually, however, he started to assert himself and began delegating roles and responsibilities to Daryl, Michonne, Jesus, Morgan and the team. In fact, Grimes got so good at dishing out tasks that his leadership style earned the title, the “Ricktatorship”.

4. You don’t have to be perfect
Being a strong leader doesn’t mean you must get it right every time. It means you should learn from your mistakes. never be afraid to take a chance and always strive to be better.

Rick Grimes does all of this, and then some.

In Alexandria, Grimes went through a rough patch in his leadership; flouting the rubrics of the safe zone and deciding to fight the saviours.

But he moves on from this and turns things around; owning his mistakes, swallowing his pride, stepping back from his front-line leadership role and submitting to the saviours for the greater good of the group.

The underlying message is, Grimes is human and he is flawed, but he owns his mistakes, learns from them and avoids making the same error time and time again.

5. Never stop trying
Striving for a normal life, Rick never gives up searching for a safe place for him and the group. He never accepts defeat and after eight seasons he is still in it to win it.

In season three, episode one, when a walker bites Hershel’s leg, it could have been the end of the widower farmer. But with his seemingly-unstoppable demise and all hell breaking loose around him, Grimes decides not to bid farewell to his compadre, and instead chops off Hershel’s calf to stop the virus from spreading.

Grimes refusal to accept defeat and remain committed to his goal, keeps the gang on track – acting as a great metaphor for showing real determination in business and leadership.