The Yuletide season is the busiest time of the year for a lot of businesses, but no more so than for Saint Nick himself. And to run the North Pole efficiently to meet that Christmas Eve deadline, your leadership skills must be finely-tuned.

1. He’s jolly
Maintaining an upbeat attitude to work is bound to breed similar behaviours in those you work with, and Father Christmas and his jolly approach to his job keep the optimism, determination and productivity of the elves and reindeers at peak levels.

Projecting outward cheeriness and positivity will motivate your team and engage your employees, while cultivating efficiency. 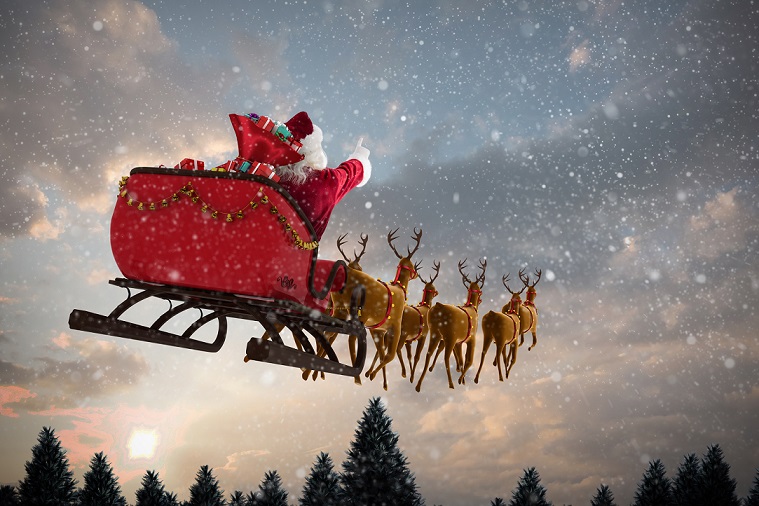 And the benefits of being a jovial boss don’t stop there. Being jolly makes you more approachable – essential if you want to have strong communication with your team which is vital to solving problems.

Santa’s jolliness also creates a bond with his trusty staff which means they work harder to make Christmas happen.

2. He embraces change
According to records, Santa was born in 280 AD. Being around for so many centuries means he’s had to face a lot of change. Fortunately, he’s taken it in his stride.

The elves, working away in the North Pole on the toys for the year, are no longer crafting spinning tops and Jack-in-a-boxes, and are instead creating drones and robot companions.

Santa’s ability to adapt with the times shows his trusty team how to do the same. He invests in training; he teaches the elves how to tackle new challenges; and he’s on hand to support them as they undertake their new tasks and responsibilities.

If you want to be a great manager, then adapting to change and helping your team adapt is imperative to keeping up morale and maintaining productivity.

3. He leads by example
While some managers are happy to put their feet up and take credit for the success of the team, Father Christmas leads the way when it comes to hard work, efficiency and going the extra mile. After all, it’s him driving the sleigh around the globe for 24 hours.

As a leader, a large part of your role is to inspire people to work harder, better and as a solid team member and the best way to inspire them is to show them how it’s done.

When it comes to making mistakes, owning up to them and holding yourself responsible will show others to do the same. This means problems are dealt with, rather than brushed over, and acts a great learning exercise to the rest of the team.

4. He’s firm
For every nice list, there is also a naughty list. And if you’re on the latter, then Father Christmas will show you he’s no pushover.

Nice behaviour should be rewarded by strong leaders, but naughty behaviour should not.
While it’s human nature to make mistakes and you should always try to be understanding; those who repeatedly miss deadlines, complete poor work or are always running late should not be given the opportunity to get away with it.

Make sure you’re not too good natured that your workforce are taking advantage, and tackle problems head on so that your staff know where they stand.

5. He always makes deadlines
Whatever you have to say about Father Christmas, no one meets a deadline like him and he’s a great inspiration to knuckle down to the task at hand.

This probably means his time management skills are bang on and he doesn’t just leave organisation to others, but keeps firm control of his tasks to make sure he’s ticking stuff off.