5 reasons why dogs are good for business

5 reasons why dogs are good for business

Being able to bring your dog into the office is great for dog owners. They get to enjoy their pet’s company and aren’t left worrying about leaving their four-legged friend home alone all day. But is allowing dogs into work beneficial for companies?

We look at five reasons why having dogs in the office is a good idea.

Dogs are said to be man’s best friend – but could they be man’s best work colleague too? Google, Amazon and Ben & Jerry’s are among the increasing number of leading companies which allow staff to bring their pets to work. Google even has its own dog policy as part of its company guidelines. 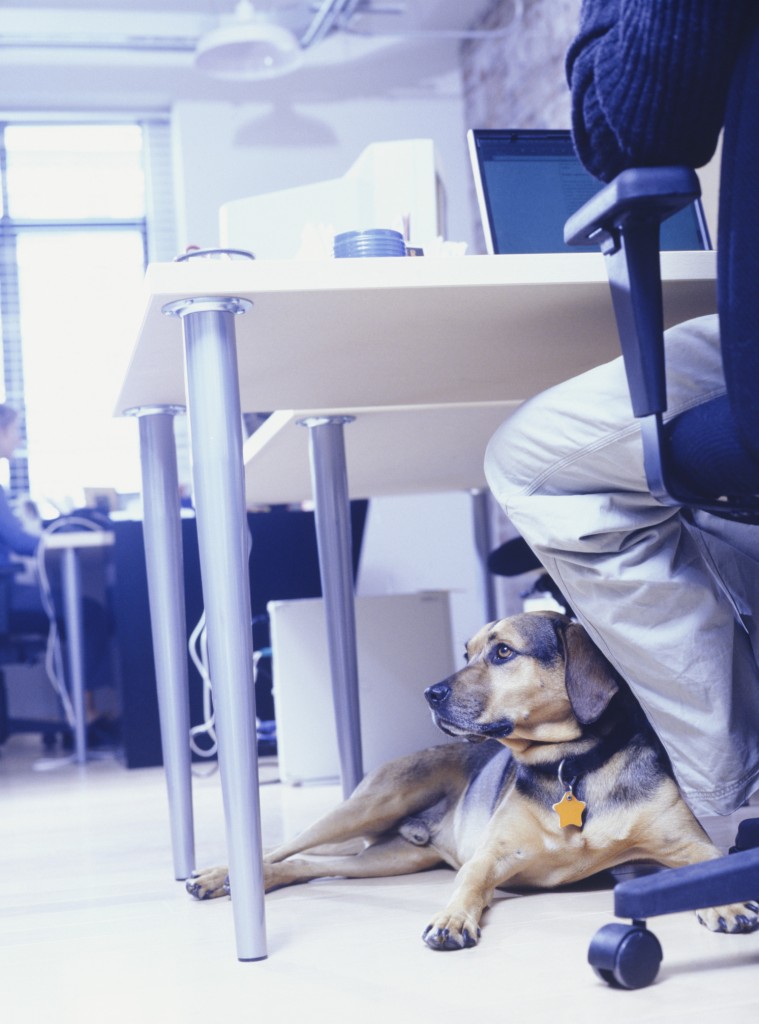 It’s not just a one-way ticket either. Statistics point to the fact that employers as well as employees benefit from such a policy. Here are 5 reasons why canine companions are good to have around the office.

Taking your dog to work can reduce stress levels. Research from Virginia Commonwealth University in the US found that  employees who took their dogs into the office had lower stress levels than those who didn’t have their dog around. Well, this makes sense. Imagine coming out of a particularly stressful meeting, only to be met by your pooch’s cheerful face and wagging tail. Scientists find that this effect becomes more pronounced as the day goes on. Anthropologist Desmond Morris has an explanation for this. He says that dog stroking fulfils a “comforting” and “practical” grooming urge within the ancient primate still within all of us. Stress specialist Roger Henderson is calling on more offices to allow dogs. This is because dogs help us release endorphins (our happy hormones) during stressful situations. They also contribute to a more relaxed working environment.

Some bosses need to be convinced of the benefits to themselves before they decide upon embarking on an open “bring-your-dog-to-work” policy. Central Michigan University’s researchers found that having dogs in the office can increase efficiency – surely any business’s bottom line. Almost half of employees who take their dogs to work noticed raised productivity levels. And a quarter of staff who don’t have their own dog said that just having a dog around the office helped them to be more productive.

The same researchers also found that dogs in the workplace help to boost morale. This makes sense for would-be customers as well as office colleagues. A dog can help break the ice when a client first walks into an office, especially if they are dog lovers themselves. Everyone’s happy.

Michigan’s research shows that dogs improve office relationships and the bond of trust, resulting in heightened collaboration between co-workers. Having dogs chilling out under the desk or roving around reception helps to “energise” communication.

California-based dog expert Jennifer Fearing says that firms which allow dogs into the office not only notice lower absenteeism rates but increased retention levels too. Fearing calls this effect the “furry handcuffs”. Having a dog in the office also helps ensure that employees get some fresh air and exercise during the day – as no-one wants any unpleasant accidents under the desk.

So which pets make the best of breed for business?

Golden retrievers are very good with people, patient and good-natured. Contrary to popular belief, greyhounds don’t need much exercise. A couple of short walks are all they need to keep them happy – after which they like nothing better than curling up for a long snooze. Spotty Dalmatians love being with people – getting to hang around in the office all day is perfect for this happy breed.