6 lessons small firms can learn from the FA Cup finalists

6 lessons small firms can learn from the FA Cup finalists

With the Emirates FA Cup final taking place on May 21, we look at what small firms can learn from the two finalists – Crystal Palace and Manchester United

The Emirates FA Cup final is still one of the biggest games in the football calendar – and can make or break a season for a club.

This year, it’s even more important for the two teams who have both underperformed in recent months. But there’s still a lot to learn from their progression to Wembley. 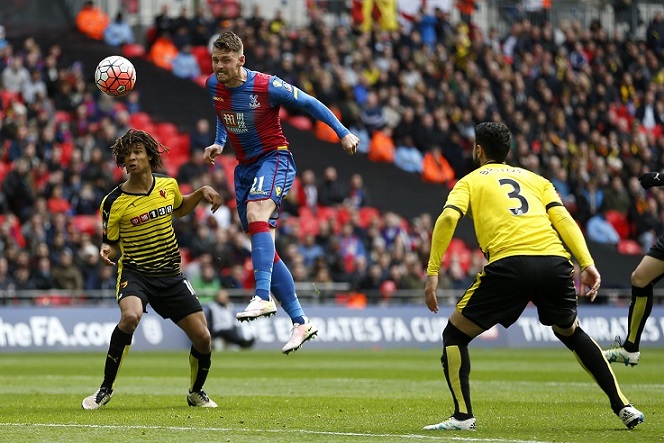 Don’t give up
Like every football team, businesses go through hard times. Changes in management can bring this about or simply the magic you once had will disappear.

But the lesson to be taken from Manchester United’s progress to the final is to not give up. Ignore the naysayers and keep doing what you do best.

You might have had a bad year, and people are questioning your management skills, but it doesn’t mean you’re not going to win something.

Someone’s always having a worse day than you
Manchester United haven’t exactly been at their best this season. There have been calls for manager Louie Van Gaal’s head and plenty of criticism aimed at the players. But remember, it could always be worse – just look at their semi-final opponents, Everton.

Instead of being a match to celebrate, the semi-final was seen by many as the last chance saloon for both managers – and Everton’s Roberto Martinez failed the test and has since paid the price.

As a small business, if you’re still running be thankful. There are plenty of small firms out there going under every day. If it’s not you, you’re doing something right.

Thank the luck of the draw
Sometimes you need a bit of luck of your side, whether you’re running a small business or a major international football colossus like Manchester United.

And while the league has provided little in the way of luck for the Red Devils, the cup has given them with a relatively easy route to the final, with a 5th round fixture against Shrewsbury perhaps the easiest game. Man U’s opponents, on the other hand, have faced Spurs in the 5th round and two Premier League sides before that.

Forget the past
Crystal Palace have never won the FA Cup. In fact, the last time they reached the final was 26 years ago, when they lost to Manchester United in the 1990 final. Their rivals are no strangers to the cup – they’ve won it 11 times.

But Palace need to ignore history and focus on the task at hand – history plays no part in the 90 minutes at Wembley.

Small businesses are the same – whether it’s pitching for a contract or hitting a sales target, what happened in the past shouldn’t matter. Focus on what’s in front of you.

Use adversary
Unlike Manchester, Palace have had a tough ride to the final. Their first game was against high-flying Southampton, followed by another two all Premier League ties versus Stoke and Spurs.

While their 6th round fixture was again lower league opposition Reading, they had to beat another Premier League side, Watford, in the semi-finals to secure their place at Wembley. It’s been a hard run for the Eagles and some feel they can use these victories to win the cup.

As a small firm, you’ll hear a lot about how what doesn’t kill you makes you stronger. And this might be true – try and take lessons from your hard times.

Confidence is key
While Crystal Palace are now floating just above the relegation zone, things were different in the first half of the season when they hit the heady heights of 5th place. It was around this time that they faced their toughest challenges in the cup.

It just goes to show how much confidence plays a part in success. If their route to the final was reverse, would a 16th placed Palace have beaten an on form Spurs or Southampton?

As a small business, if things are going well and your team are on fire, use this confidence to tackle some of the harder problems you’re facing.