Interns Exploited: All Work and No Pay

Interns Exploited: All Work and No Pay

Almost a third (31.60%) of workers feel their interns are exploited

Nearly a third of companies treat interns unfairly, according to a study by serviced office provider Business Environment. The report – which comes in the week that Parliament voted to take forward a Ten Minute Rule Bill advocating better payment of work experience people – was based on a poll of 1,500 UK citizens whose company employed interns, of which 31.6% said they felt placement workers in their firm were being exploited.

More than one in seven employers (14.2 per cent) do not give their interns the kind of work they would undertake if they managed to land the job they were seeking. 33.7 per cent gave interns work described as “menial”. 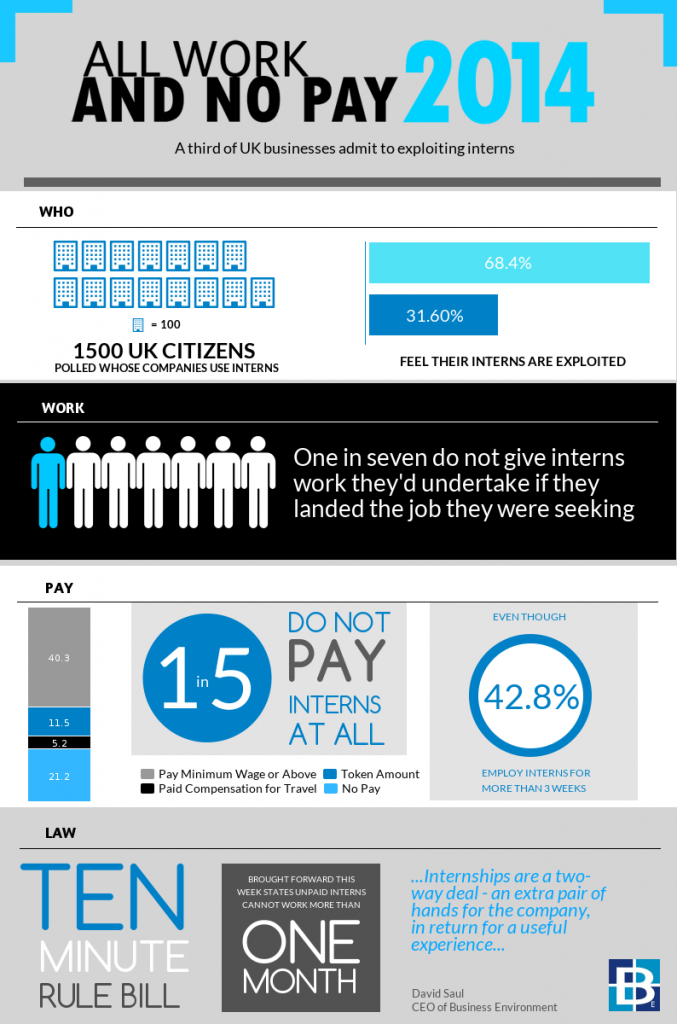 David Saul, CEO of Business Environment, said: “Internships can be rewarding and useful experiences for both the intern and the company – but a significant minority of placements are used as cheap labour, providing little experience or benefit to the jobseeker.

“The Ten Minute Rule Bill taken forward this week recommends that unpaid work experience cannot last more than a month, after which compensation should be given, and this solution seems fair to us.

“But it’s not just about government action. It’s important for companies to change their processes with or without legislation. We need to recognise that internships are a two-way deal – an extra pair of hands for the company, in return for a useful experience and preferably some kind of compensation for the jobseeker.”