It’s not a case of simply getting bums on seats. To stand out in a competitive market, you need to attract talented staff. More and more employers are looking for fresh, creative ideas to recruit the right team for their business. We’ve been looking at some of the quirky methods gaining favour in the world of recruitment…

Social recruiting
These days it’s all about the branding. Millennials don’t just want a job, they want a lifestyle. Social media offers a wide-reaching and effective way of telling your story and piquing the interest of potential employees that embody your brand.

Take YHA for example. As part of their recruitment drive they created a series of short videos showcasing their staff members talking realistically about their day to day but also emphasising the social aspect of their roles and the work/life balance on offer. 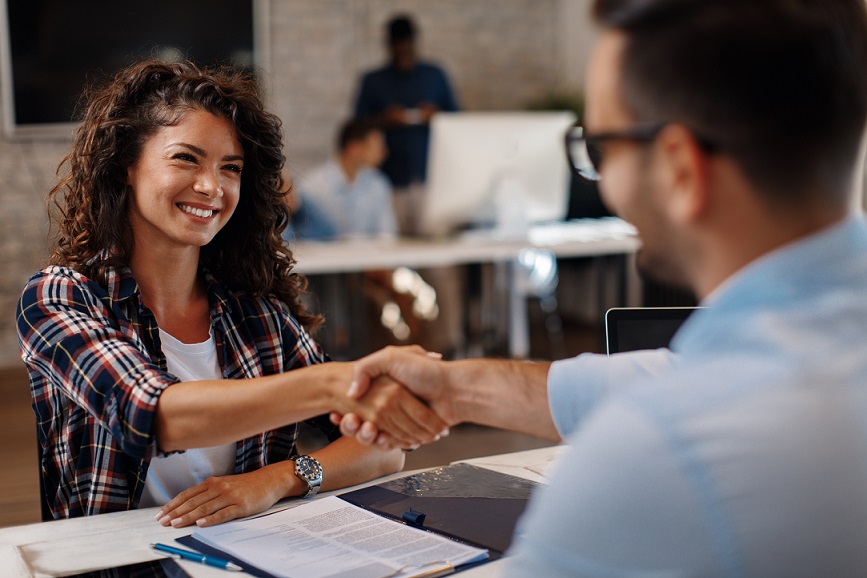 Social media is also a great way of reaching out to potential candidates. McDonalds hire mostly younger staff so, recognising that just under half of Snapchat’s 300 million plus users were in their optimal 16-24 age range, they invited candidates to apply by submitting a 10 second snapchat – or ‘snaplication’.

Targeted recruitment
Gone are the days of posting a job advert in the local paper and hoping that the right candidate will send in their CV: recruiters have started using unusual platforms to actively hunt out candidates. Goldman Sachs, for example, has been advertising on music streaming service Spotify in a bid to attract young talent. Other recruiters have reportedly created profiles on dating app Tinder to reach their potential recruitment base, whittling down potential candidates first on the basis of their witty banter.

Meanwhile, with our professional lives mapped out on LinkedIn, it’s a dog-eat-dog world in recruitment, with astute companies actively headhunting from their competitors’ ranks, with the dual goal of strengthening their own ranks and weakening their competitors. Kiwi.com even hired a drone to fly in front of targeted office buildings pulling a banner that read ‘smart people wanted’ in a bid to snatch developers from other firms.

Gamification
When it comes to the interview process itself, forward-thinking companies are forgoing traditional ‘tell me what your strengths are’ question and answer formats for out of the box thinking. Household giant Unilever, for example, has started using mobile gaming to recruit staff. Applicants are invited to play a series of games which subtly test relevant skills. As well as speeding up recruitment and cutting costs, Unilever maintain that this approach helps to limit unconscious bias in the selection process.

Other recruiters, like the British Army, have even started using virtual reality headsets to excite prospective recruits and give a realistic, detailed introduction to the role, while impressing candidates with their state of the art technological prowess.

Test skills, not confidence
One argument against typical recruitment methods is that they favour the candidates who are good at selling themselves – and confidence is not always indicative of competence. Certainly for skills-based roles this approach can seem lacking.

When tech startup Quixey were looking for fresh talent they published a programming puzzle competition with a $100 reward. The competition was a great publicity stunt in itself, and the talented successful few were subsequently offered roles at the company.

Meanwhile, when the iconic MGM Grand in Las Vegas was looking for a new head chef for one of their restaurants they decided to turn the search into a competition that mirrored the high tension atmosphere of a professional kitchen. They invited all of their catering staff to take part in a contest based on the format of TV cooking shows: each team were given secret ingredients and tasked with creating a four course meal in under an hour. The underdog winner was a 23-year-old sous chef who would have no doubt have been overlooked on the strength of his resume alone.