What could be better than being invited on an egg hunt around your office building to make your day at work more egg-citing?

BE Offices will have their clients on the hunt this week, searching for mini chocolate eggs to indulge in, and also on a mission to find that one special golden egg in every centre, the lucky finder of which will be rewarded with a luxury prize.

Every Easter, people of all ages rush around in search of chocolate eggs, Easter is just not the same without an annual egg hunt! But where did this tradition hatch from and how has it become such a big part of our Easter celebrations?

In many pre-Christian societies, eggs held associations with spring and new life. Early Christians adapted these beliefs, making the egg a symbol of the resurrection and the empty shell a metaphor for Jesus’ tomb. In fact, Easter eggs were traditionally dyed red to symbolize his blood.

In medieval days, eating eggs was forbidden during Lent, the 40 day period leading up to Easter.  The fast ended on Easter Sunday with a feast, and eggs were an important feature in these celebrations. This was particularly relevant to poorer people who couldn’t afford meat, and eggs were also given as Good Friday offerings in church.

The custom of the Easter egg hunt originates from Germany. Some suggest that its origins date back to the late 16th century, when the Protestant reformer Martin Luther organised egg hunts for his congregation. Men would hide the eggs for the women and children to find, believed to resemble the resurrection, when the empty tomb of Christ was discovered by women. In the German Lutheran tradition the Easter egg hunt is also linked to the Easter Bunny, or the Easter Hare as he was originally known. Hares were associated with fertility and with the Virgin Mary, and sometimes appear in paintings of the Virgin and Christ Child. Custom had it that the hare would bring a basket of brightly painted eggs for all the children who had been good, and these would be hidden around the house and garden for the children to find.

To mark the end of the time fasting, people painted and decorated eggs before eating them. For centuries, parents emptied raw eggs and dyed the eggshells or dyed hard-boiled eggs for their children to find. Some also hand-painted the eggs with elaborate designs.

Easter eggs and the egg hunt became more popular in mainstream England in the late 19th and early 20th centuries as society began to change. Family life became more of a priority for the expanding Victorian middle classes, and they had more disposable income. The Victorians were also fascinated by old traditions. As a result, Easter moved away from being a primarily religious and communal celebration and became more centred on family, home and the pleasures of children.

In modern times eggs are mainly of the chocolate variety, many with a treat hidden inside. When children crack open the Easter eggs to find their surprise, they experience happiness and joy, the same happiness and joy that Jesus’ followers experienced when they heard the news of his resurrection.

An office Easter egg hunt provides a great way to boost team morale and is certainly a fun way to bring employees together for a stress-free break from work. They’re easy to set up, just remember where they’ve all been hidden and be sure they’ve all been accounted for at the end of the day.

What are you waiting for,? On your marks, get set, go! 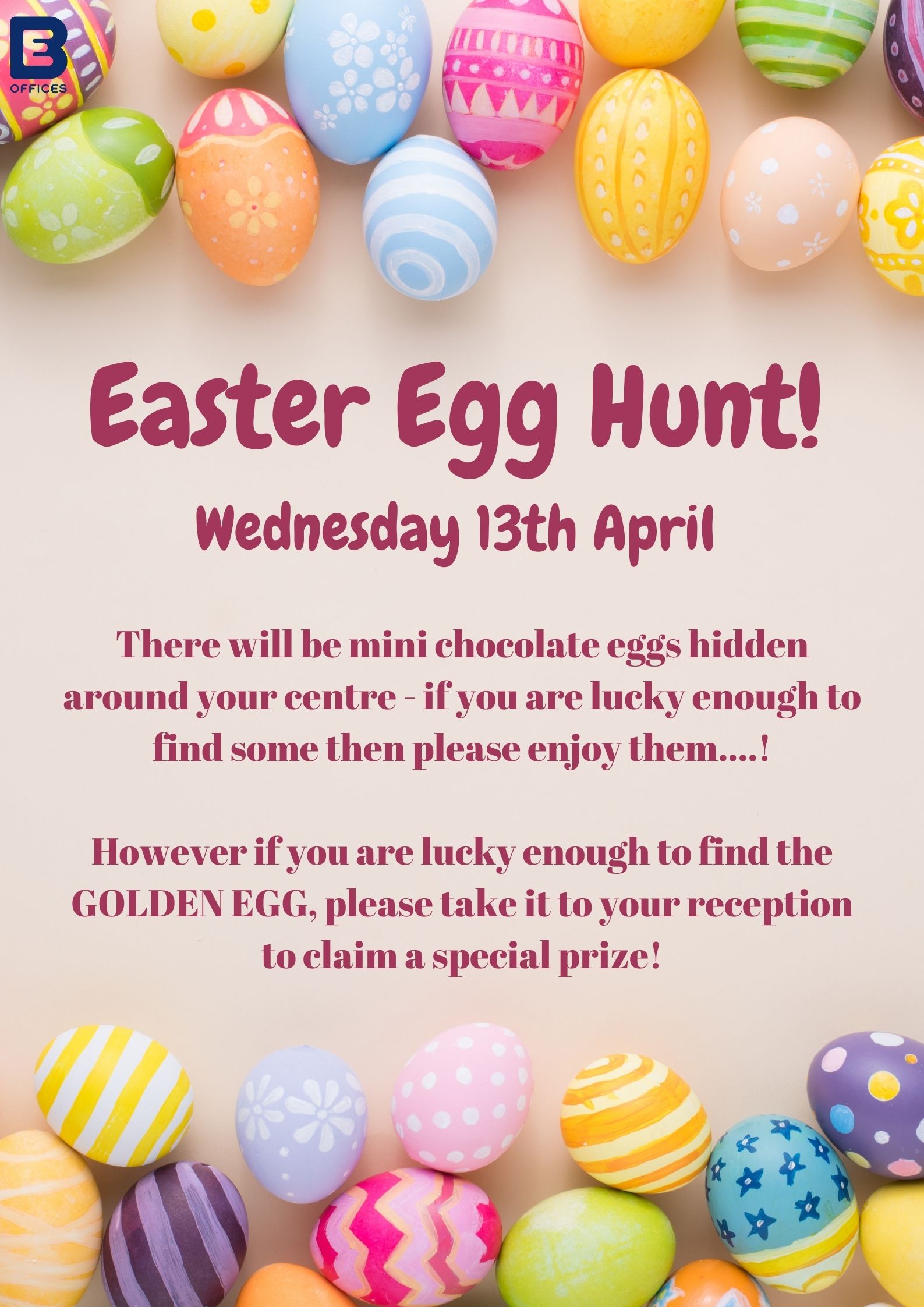