£10,000+ raised for BE Offices nominated charity Rays of Sunshine over the years

24 employees from BE Offices and its associated companies will tonight take part in the 12th annual Standard Chartered Great City Race, BE’s 9th year of involvement.

The Great City Race is a unique 5km corporate running challenge which follows a route from the Honourable Artillery Company, Armoury House, City Road EC1 through closed off City of London streets and back to the starting point.

This year’s event, which will involve around 6,500 corporate participants, aims to raise funds and awareness for the official race beneficiary charity Seeing is Believing and will feature companies from the accountancy, banking, business services, insurance, legal and media sectors.

Seeing is Believing is committed to help tackle avoidable blindness across the world and this year, all funds raised through the race will be used to support the ongoing East Africa Child Eye Health programme, treating avoidable blindness thereby tackling a major health issue and allowing people to regain their education, livelihoods and independence. The race aims to raise $100,000 for the charity with funds matched pound-for-pound by race sponsor Standard Chartered Bank. 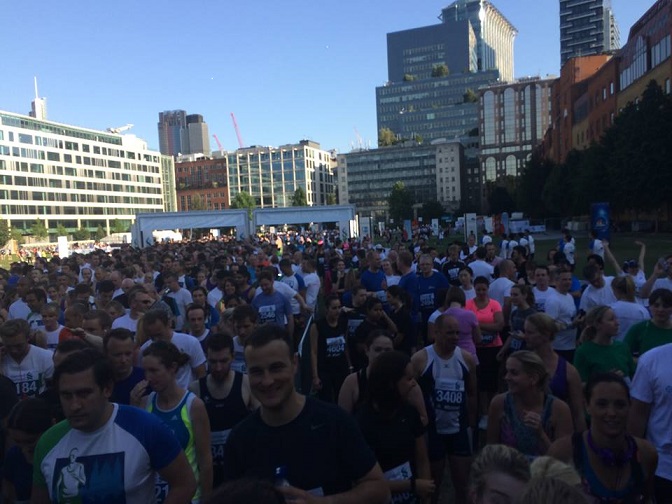 The BE Offices team run to raise money for its nominated charity London-based Rays of Sunshine, which grants wishes for children with terminal and life limiting conditions from around the UK. Over the nine years the company has participated it has raised over £10,000 for the charity which was co-founded by BE Office’s managing director David Saul.

If you wish to support this incredibly worthwhile cause, and encourage your colleagues to run, the JustGiving page.