2 tube rides, 3 flights, 4 shuttle bus journeys, a golf buggy ride and a boat trip later and we’ve finally made it to the island! No, not Love Island, Tom Owens Caye!

After three days of sitting on multiple modes of transport, Victoria and I have made it to Tom Owens Caye. Our journey began on Saturday morning when we met at London Heathrow airport and embarked on an 8 and a half hour flight to Miami. There we took a shuttle bus to a hotel to spend the night. We managed a quick dinner but headed back for an early night. After checking in again the next morning, we had a shorter 2 hour flight to Belize City where we were due to have a 5 hour layover. 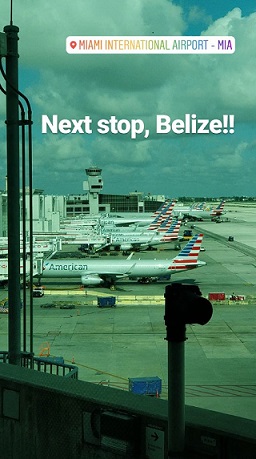 Upon arrival in Belize city airport we were greeted by a rainstorm, so exploring the city seems less appealing and the airport very small to spend such a long time in! We headed straight to the check in desk after collecting our luggage and were told that there were spaces on an earlier flight if we’d prefer, transferable at no extra cost. A few clicks of the computer mouse later and we had our boarding passes for a flight in just 40 minutes time! We boarded the tiny propeller aeroplane along with the 9 other passengers and our pilot and off we went! Needless to say, in a 12 seater plane there was no in flight entertainment and the motor was so loud it wasn’t possible to hold a long conversation, but no-one felt the need to as we all just took in the view. We flew over luscious rainforests bisected by meandering rivers and dotted here and there by fields and lakes until we touched down a quick 30 minutes later in Placencia; a small, sleepy coastal town in the south of Belize.

We were meant to be met on the tarmac by our shuttle driver, but as we were a few hours early he wasn’t there. The airport staff helped us with our bags and tried calling the hotel, but with no answer we jumped in one of the only two cabs there. We unpacked and went for lunch where we noticed posters in the restaurant explaining why they only offer paper straw upon request (not plastic). Wandering around the town we were met with curious glances and lots of friendly hello’s. After watching the sunset and having dinner, we headed back to the hotel to bed. 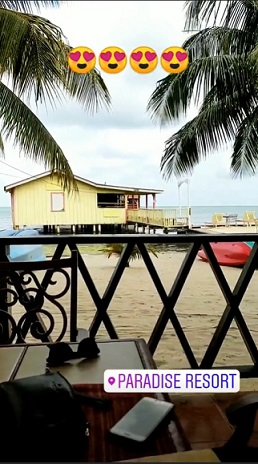 The next morning we went to get some breakfast and we noticed more posters advertising the café’s plastic straw ban and explaining why they don’t offer them with photos of turtles with straws up their noses.

After breakfast we walked back to the hotel, collected our luggage and put it on the back of two golf carts. Two of the hotel’s maintenance men drove us to the water taxi station. Slowly the other project volunteers began to arrive and we were met by the boat that would take us to Tom Owens Caye already loaded up with supplies for the week. With a 5-strong crew captained by a burly local going by the name Cheeks, and accompanied by the island’s two dogs Ragnor and Runkle, we clambered into the boat. With the weather overcast and windy we were in for a bumpy ride! We made the 26 mile journey chatting with the other volunteers and attempting to keep a rather excited Runkle from trampling a whole box of eggs! We disembarked on Tom Owens Caye after an hour and a half, leaving behind the mixed scents of salt water, pineapple and wet dog which had filled the boat.

Three days of traveling and we had finally made it to the island!

Update: This was the sunrise our volunteers woke up to this morning…….. 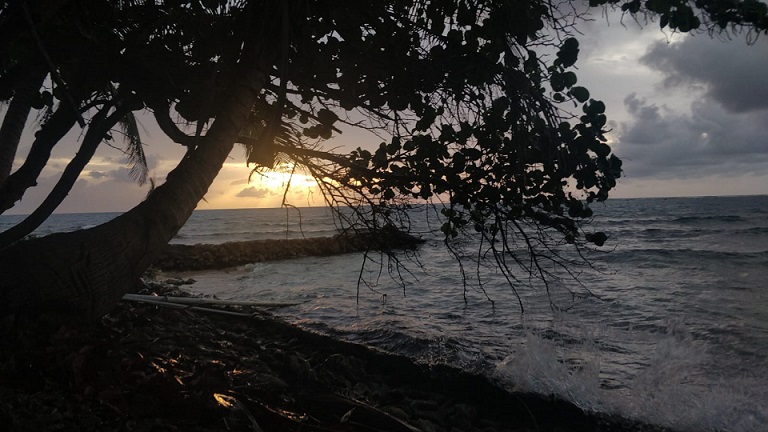