Business Figures
Minimum wage, apprenticeships and late payments made the headlines this month.

The introduction of the new National Minimum Wage will have a big impact on small firms. Coming into force of the first day of the month, it instantly raised the apprentice rate by 57p to £3.30 and the adult workers rate by 20p from £6.50 to £6.70 per hour. 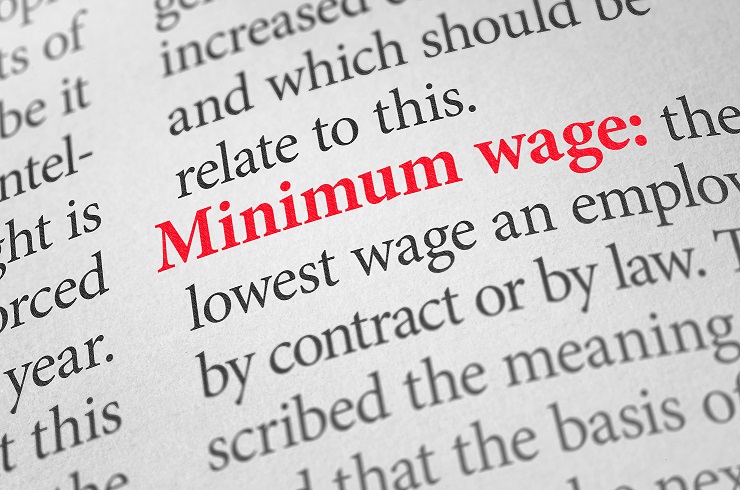 But some small firms are concerned of the impact the new wage will have on their business, according to a Federation of Small Business (FSB) survey. Because of this, many are planning to slow job creation, raise prices, or postpone or cancel planned investments to compensate for the higher statutory rate.

A Resolution Foundation report has a more positive angle, claiming the new rates will reduce the levels of low pay across Britain from 21.4% in 2014 to 18.8% by 2020. But even this report discovered a downside, saying the changes have a far more limited impact on raising the living standards of low-income households.

The same think tank found pay in private firms is increasing at the fastest rate for years, but says the medium term outlook for wages is not so rosy.  It claims maintaining this recent pay surge into next year will be a challenge once inflation starts to rise.

Away from wages, but staying with apprenticeships, the City & Guilds Group’s Industry Skills Board wants an admission process similar to universities and colleges applied to apprenticeships.  It feels society has misled young people into assuming higher education is the best route to all careers.

In a bid to improve leadership and entrepreneurship skills in small businesses, 8 innovative projects that will give small firms access to new management development opportunities have received the green light. The local ‘anchor institutions’ will work with the government-backed UK Commission for Employment and Skills to pilot new ways to boost the leadership of small businesses.

In Scotland, the FSB wants a new business secretary to represent the interests of small firms. It feels its 19,000 members in Scotland are underrepresented and has called for a post to be created in a manifesto in advance of next year’s Scottish Parliament election.

Finally, more is being done to tackle late payments as the second reading debate on the Enterprise Bill gets underway.  Business minister Baroness Neville-Rolfe has condemned the impact of late payment by large firms saying the level of debt owed to small and medium-sized enterprises stands at £27 billion.

We’re not taking enough sick days, according to a Chartered Institute of Personnel and Development report. A new culture of ‘presenteeism’ means people are working when they are ill, especially in firms with a culture of long hours.  But in companies where workers go to work ill, its staff are more likely be hit by stress-related absence or mental health problems.

Despite computers being an everyday part of most working lives, almost 1 in 4 adults in the UK don’t have basic online skills, claims digital skills charity Go ON UK. In fact, some areas of the country are excluded from the digital world almost entirely. People in London, Scotland and East Anglia are the most capable online, while parts of Wales were among the most digitally excluded.

Finally, we’re all aware of big data hacks in the media, but a new survey has found human error poses the biggest security risk in a quarter of small firms. Leaving sensitive information on desks poses the biggest security risk to their organisation, says the Shred-it survey. 27% of firms do not have information security policies and procedures in place and a third of those who do, have never trained their employees on these protocols.