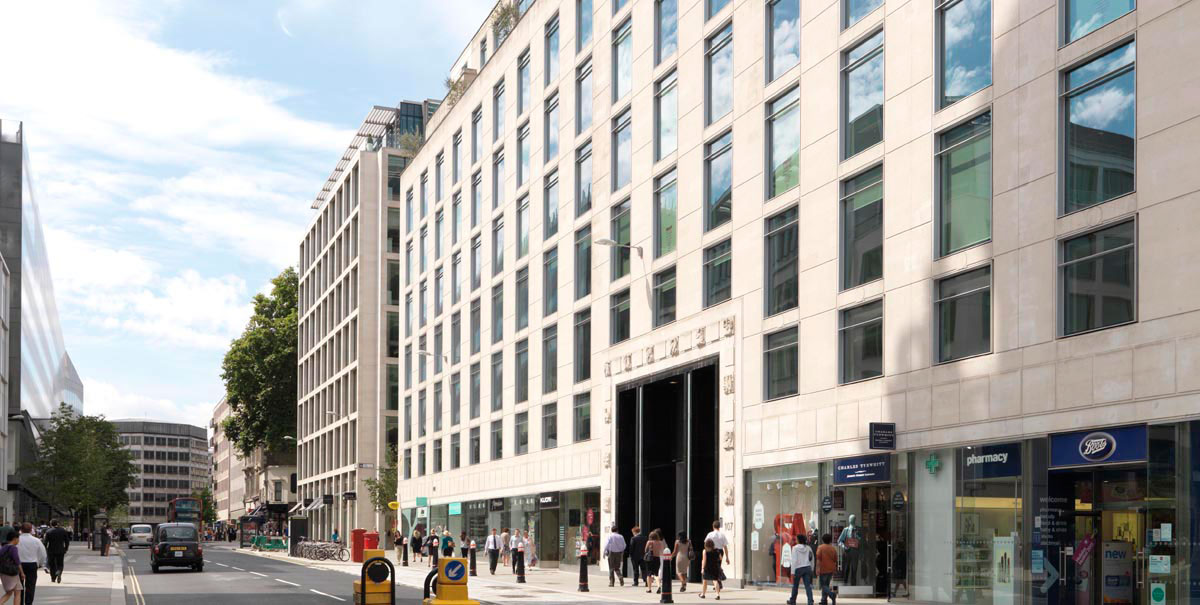 One of the most dramatic outcomes of the Covid-19 pandemic has been the way in which we work, with the previously office-based workforce having been forced to adapt to home working, replacing desks with dining room tables, even ironing boards.

An occupiers usage of space is ever-evolving with profound changes having occurred in the last quarter of a century, mainly focused around improving efficiency. These changes have mostly involved a move away from the cellular approach to open-plan offices, with desk-sharing, flexible working arrangements and increased break-out and collaborative space, typically reducing the square footage per person requirement thereby leading to a reduction in underlying demand of 0.35% per quarter since 1993 up to 2020. However, during this time, demand for Central London occupied stock has progressively increased, with an additional 50 million sq ft of occupied space at the end of 2020 compared to at the end of 1984.

Quite simply, despite the fall in structural demand, a robust economy and strong employment growth has resulted in an overall increase in office space requirements.

While the current focus is on a flexible or hybrid model, it is through a longer term lens that office space requirement changes brought about by the pandemic should be viewed. 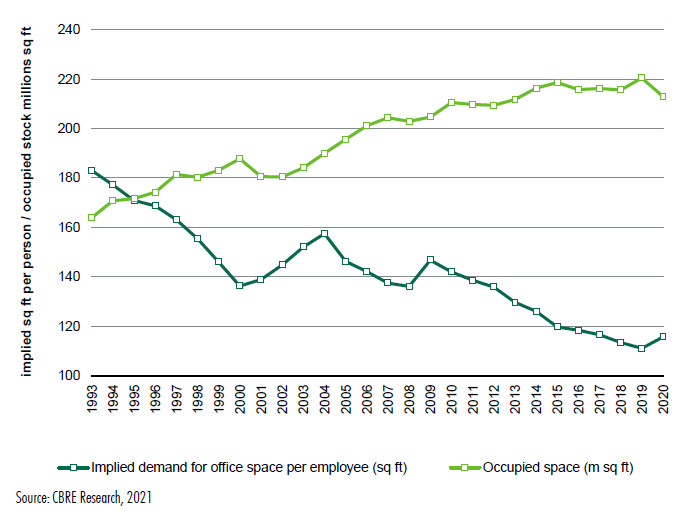 Pre-pandemic there was already a trend towards a working week being split in to four days in the office and one day at home and CBRE estimates a further reduction to three plus days being spent in the office, however, CBRE also emphasises that this will not automatically result in a reduced requirement for office space citing peak occupancy and de-densification as mitigating factors.

Naturally, when given the choice, employees prefer to work from home on a Monday or a Friday so companies planning to offer freedom of choice to their staff will need to plan for peak occupancy and not average occupancy, thereby cancelling out the potential for reducing their square footage.

Employers will only be able to reduce their occupancy needs by placing restrictions on when their employees can work from home, a ‘choice with conditions’ arrangement which would even out occupancy across the week.

De-densification is the other factor. Pre-pandemic there was a rising backlash against increased densification and it is very likely this will be accelerated by Covid-19.

The health and wellbeing of employees has been brought in to sharp focus this last year and it is highly likely that workers will be reluctant, at least in the short term, to sit in too close a proximity to their colleagues all day. Add to that the increased requirement for meeting rooms able to accommodate the additional hybrid meetings that will need to take place, CBRE predicts a 10% de-densification of office space.

Having analysed mitigating factors together with structural demand CBRE estimates only a 9% decrease in office space demand phased in over the next three years. But it also forecasts strong economic recovery which will stimulate new demand for office space. In addition, it is predicted that Central London office based employment will increase by 190,000 over the next five years at 1.8% per annum.

The pandemic has quite clearly impacted the Central London office market, however the sustained growth over the last few decades is expected to continue.