Writing in the Evening Standard on Friday (4th April) Mayor Boris Johnson conceded that London’s skyline must evolve to accommodate a population that by the end of the decade will have reached 9 million people and by 2030 will have risen to 10 million. 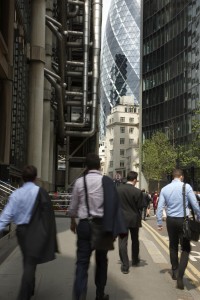 The focus of Mr Johnson’s article was the increasing demand for residential accommodation, in no small part required to support the engine of London’s growing workforce and in turn a substantial proportion of its economy.

As investor confidence grows, so the increasing number of cranes scattered across London’s skyline are evidence. However, while some may be understandably concerned about the burgeoning construction activity and its eventual impact on London’s appearance, Boris sought to offer reassurance that some related media coverage has been misleading.

According to Boris, City Hall is not in the habit of simply approving every planning application, quite the opposite, and certainly high rise buildings with consent are virtually all restricted to specific areas identified as suitable for such buildings by both the London Plan and the boroughs.

62 per cent of application have been rejected by Boris with the remainder approved deemed good schemes that will not conflict with views of London’s architectural heritage and favourites such as St Paul’s, the Tower of London and the Palace of Westminster. Indeed soon after Bros was elected in 2008, he widened the protected are around such masterpieces.

While 80 per cent of new tall buildings currently under construction in the City are residential, London’s status as an international financial power is emphasised by extraordinary office developments such as the Walkie Talkie Building (20 Fenchurch Street).

Boris reminded readers that a landscape utopia is a different thing to different people. Simultaneously protecting the green belt whilst discouraging tall buildings and attempting to meet the housing needs of Londoners is impossible.

Managing the issue with sensitivity, with good design and suitable locations, tall buildings will continue to feature in London’s challenge to address its accommodation shortfall.