Last night we were on patrol from 7pm to 10pm however because the rain and lightning was getting closer and closer, this meant we had to wait for an hour and a half until we did one walk of the beach and that was it. No turtles for us sadly. 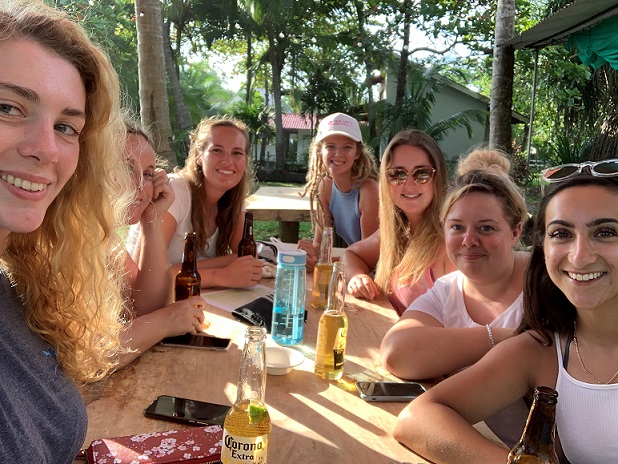 Today the weather was glorious, it was lovely and hot and no rain at all 🙂

Sadly everything that was scheduled for today (beach clean up and excavations) was cancelled due to lack of leaders in the project, as they were all busy with other duties. This meant we could all have a bit of free time and time to socialise. A few of us walked down to another local bar which is often closed but due to the nice weather, it was actually open and we treated ourselves to a beer. Once we were done there, we saw a beautiful sunset and then it was time for dinner. 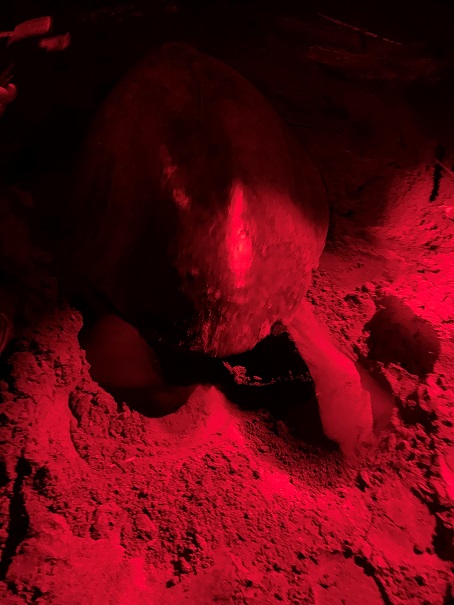 After dinner, we had our patrol again which was also the 7pm until 10pm shift. We started the patrol with humid and sticky weather but no rain. Shortly into the walk, we came across a turtle that had just come out of the sea and was finding her spot to lay. Once she was started digging her nest, I (Tom) was getting ready to catch the eggs and put them in the egg bag, as the nest had to be relocated to a safer space higher up the beach. She laid 93 eggs and the surprising fact is that they come out quite cold! Obviously this is an experience that will never be re-enacted! 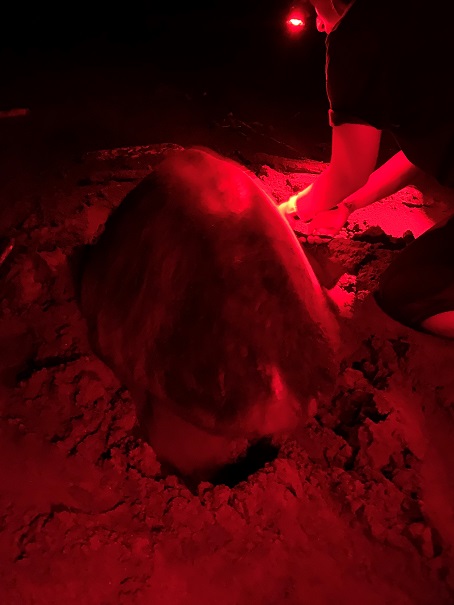 Once I had relocated the nest, the storm came overhead and the lightning was extremely close to us yet again, at this moment we had to abandon the rest of the patrol and make our way rather quickly back to base, avoiding the lightning. The storm was almost like three storms rolled into one!! When we got back to the work station, we found that the electricity had been knocked out by the storm and so we sat around by torchlight awaiting the passing of the tempest.

We are now sat in our cabina, with no electricity but we still have internet. The biggest bug bear is that the fans have stopped working and the fuse box in my room (Meg) is beeping every five seconds. This will probably lead to a sleepless night but at least I can try get some sleep on the bus journey tomorrow when we head back to San Jose.

We are both very sad that today was our last day and our last patrol, we made the most of it but all good things must come to an end and we have to face reality at some point 🙁