Last night (Wednesday) was our first patrol, we had the midnight until 3am shift, and when we got there our leader, Harriet, informed us that there was turtle on North Beach that the previous patrol had found. She was building her nest and getting ready to lay her eggs. We walked down to meet them, and took over the watch so they could get some sleep. 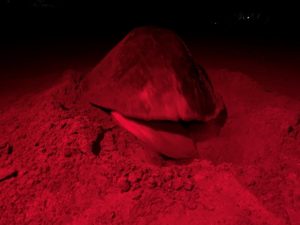 After about 10 minutes of the mother digging her hole, she then began to lay. I (Meg) was lucky enough to catch the eggs, and put them in the egg bag. It was the most surreal, magical and indescribable experience I’ve ever had. The mother laid 84 eggs in total, and as I caught the eggs, Tom used the counter to keep a tally. Our leader checked over the turtle for tags and measured her shell for their data. Once she was finished laying, the mother began to cover and camouflage her nest and then made her way back to the sea. The mothers use all their flippers in a methodical but messy way to hide the nest, it was truly remarkable to watch!

We continued on our patrol, and then returned to the hatchery to create a nest much like how a mother turtle would, and re-buried the eggs. Back on patrol we encountered another turtle, who again was beginning to dig her nest, however this time something was wrong and she aborted the task and returned to the sea. So we kept walking, and on our retreat back to the base, we came across some more tracks and this time it led us to an already buried nest of eggs. This meant we had to use sticks to find the nests location, we basically had to look for a spot with the softest sand (this proved very difficult!!), but we eventually found it and Tom excavated 97 eggs. Again, we went back to the hatchery to dig another nest and re-bury the eggs. The only way we can describe the eggs is a soft leathery ping pong ball – weirdest things to hold ever. 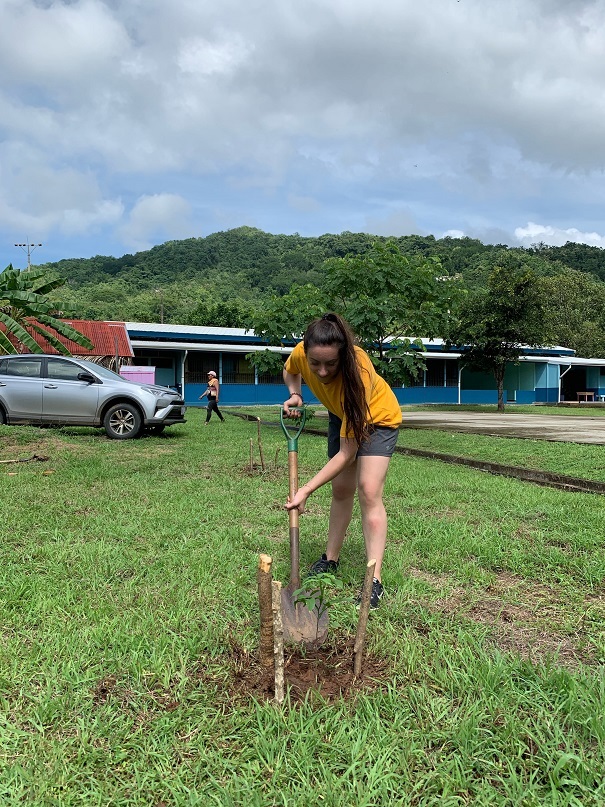 Today (Thursday), I (Meg) woke up at 6am to go to another local school with some of the other volunteers to help with a reforestation project. This entailed clearing small grass areas and planting various types of saplings in the school grounds. Once again, this was lead by Edgar and he wowed us with another motivational speech to get us going! The kids helped us plant the trees and were so happy to have us there and helping to make their school even better. 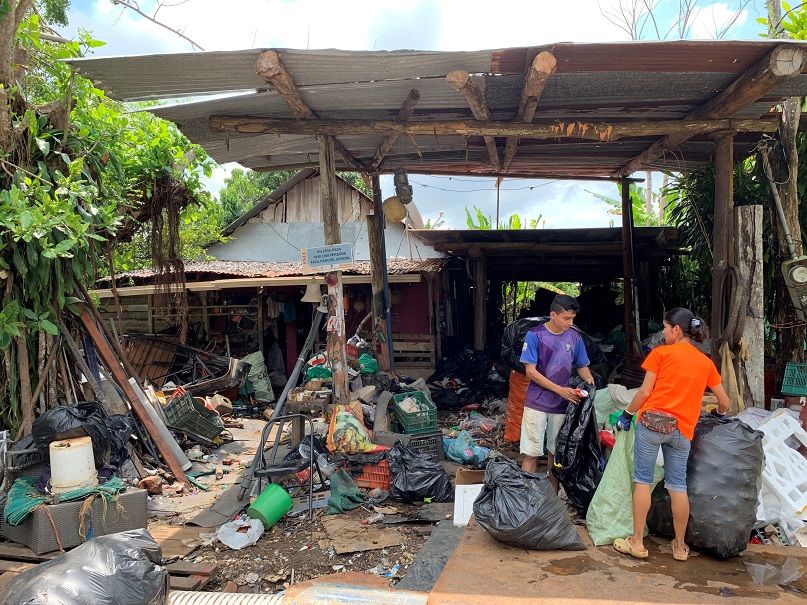 Unfortunately the government in this area of Costa Rica don’t have scheme for recycling so it is all done by one man and his small family. They have a truck to collect all rubbish and they take it to their family home to sort through, he is an absolute hero for this area.

When I returned, we rejoined the other volunteers and all of us began to sort out the plastic waste that had been washed up and collected from a beach clean up. We emptied the bags, and all sat round sifting through recyclable and non recyclable plastics. We put micro plastics into big plastic bottles to be used for building blocks in the community, and then all other waste was put into the correct bags to be collected. It was heartbreaking to see the amount of waste that gets washed up onto the beach, and it really opens your eyes to how much disregard humankind has for the impact their negligence and selfishness has on the environment.

We now wait for our patrol tonight, and we are on the south beach this time, starting our shift at 10 and finishing at 1am. Fingers crossed for more turtles!