Today (Friday), we finished our patrol at 1am, sadly we didn’t see any turtles however the weather was good and we didn’t get too wet.

I (Tom), had hatchery duty at 6am but no babies appeared, however to my delight there was a lonesome baby turtle from a previous hatching that was ready for release and so I, with a few others took the baby turtle to the sea shore and released her. As per my promise to Marva (one of our colleagues) the baby turtle was subsequently named after her. And just like Marva, the baby failed to walk in a straight line, and needed assistance to get to the sea 🙂 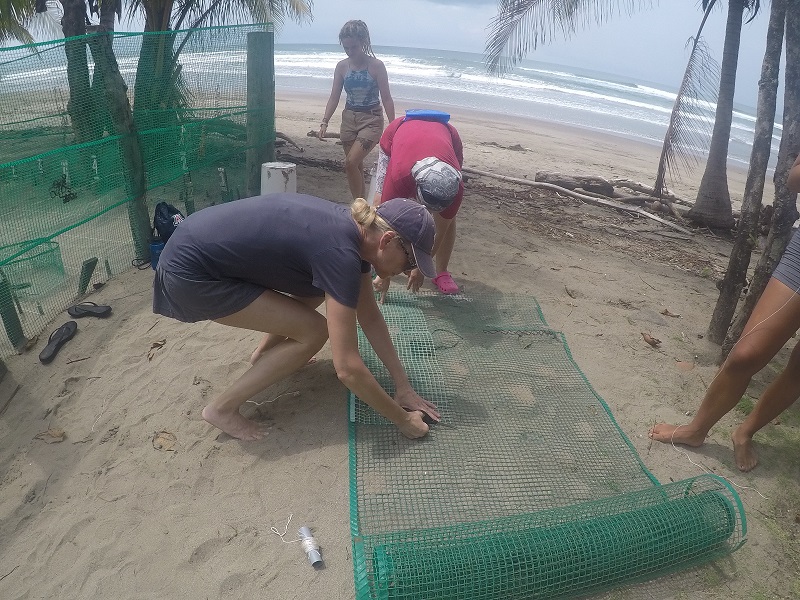 I (Meg) was on rain gauge duty at 7am, which meant I had to go to the hatchery and look at the gauge to see how much rain we had overnight, there was literally two drops in there which I noted down in the data notebook and my duties were done until 10am.

At that time, all volunteers and 2 leaders had the duty of excavating old and used nests in the hatchery, this meant we had to dig out old sand, and replace it with fresh. We also had to make new security fencing for the nests and the hatchery itself to keep out dogs and raccoons. This was a lot of hard work and in the blistering heat but we got it done quickly and efficiently! 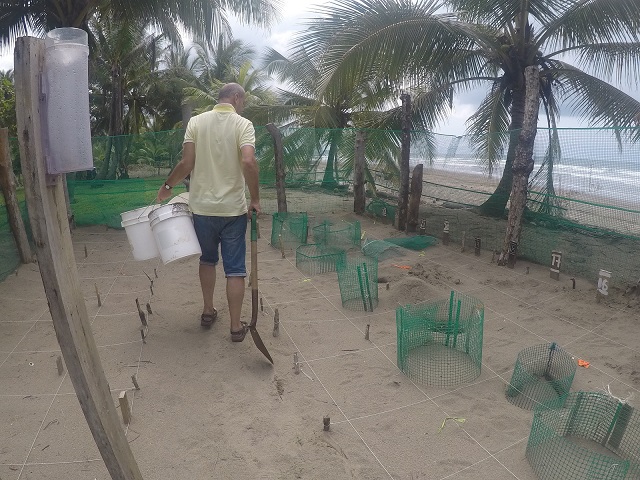 After lunch, I (Meg) went for a walk with 2 other volunteers along south beach and we did a little beach clean up and admired the amazing beach. Again, it was devastating to see how much plastic waste is washed up but with everyone doing their part on this beach, it’s really making a difference. We then had to wash all the items we had found, which included bottle caps, bottles, micro plastics etc.

Both of us then watched another group of volunteers excavating a used nest that had 94 eggs in total, however when the turtles hatched only 92 came out, so the task at hand was to the find the missing eggs. Sadly, the 2 remaining eggs had actually been cooked underground and therefore they had to be buried in the sand. Unfortunately if it gets too hot in the nest, this can happen. But luckily the other 92 babies made it. 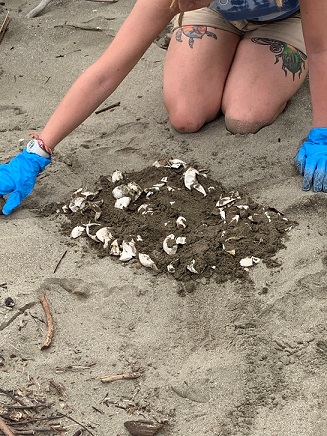 One thing we did learn, is that if the nest is cooler than the required temperature, all the babies come out as boys, and if it’s slightly warmer then the eggs come out as girls!

After that, it was time for the daily game of volleyball. I (Meg) went along and played with the leaders and the locals, and having never played before I was actually quite good at serving but absolutely terrible at everything else haha! The locals were pros though 🙂

We are now just about to take a nap until 2am when our next beach patrol is. We are on the sunrise shift which ends at 5am so look out for some nice sunrise photos and hopefully lots of turtle pictures tomorrow 🙂