We did the 2am to 5am patrol, and we were so lucky to have a very clear night and the moon was shining bright.

Sadly we didn’t see any turtles but did find a poached nest that had been predated by a dog or raccoon. 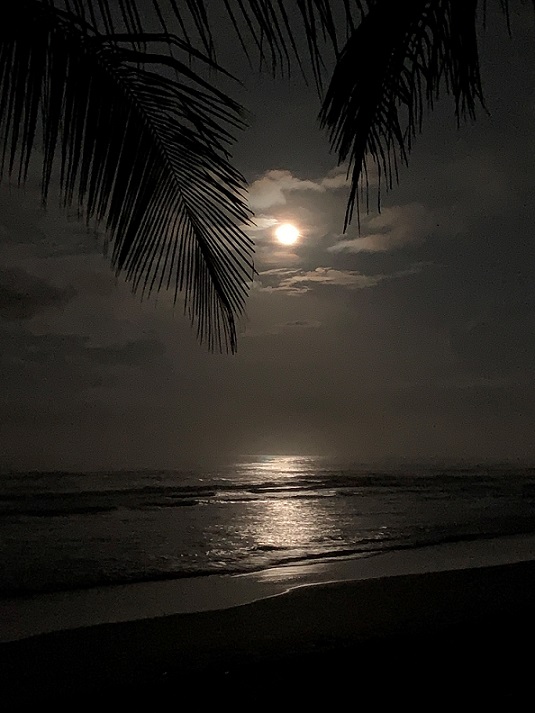 We stayed up to catch the sunrise but unfortunately it turned very cloudy and we didn’t see the sun come up. We went back to sleep only to be woken by torrential rain at 7am. The rain then continued right the way through until 1pm. We were all meant to do a beach clean but due to the heavy rain, this was cancelled. Subsequently we all sat round talking for hours until it was time for excavations. 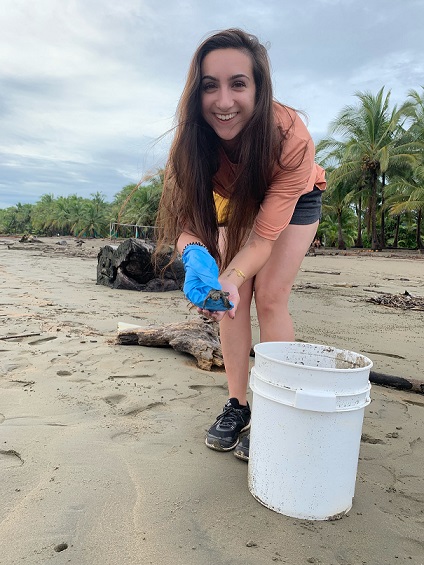 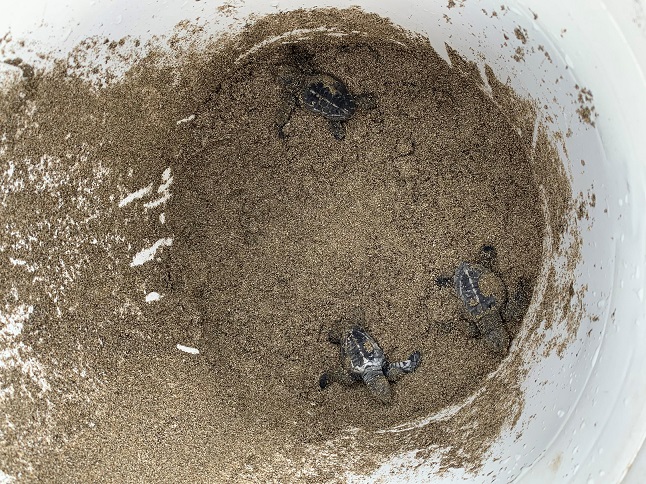 She had a bit of a slow start but then eventually made it to the sea. This was such an incredible moment, and extremely emotional, so much so that I cried my eyes out with tears of joy.

Watching her make her journey to the sea really was such a wonderful experience that I will never forget. Luckily Tom was also there to witness this too, for all the volunteers involved, it really was a delightfully happy time.

This took us to the daily game of volleyball, and once again, I (Meg) joined in, and this time I was a little more competent but still not great ha-ha. I now know how to say sorry in Spanish, a word I used frequently throughout the game! The locals that play are very nice and were cheering me on 🙂

Meanwhile, Tom collected plastic waste on the beach and filled up two sacks full of detritus.

After our tasty dinner (Tom enjoyed the homemade fried chicken!), we now wait for our next patrol which starts at 11pm. If we come across a turtle, we will not be collecting the eggs, we will assess if the nest is in a good place on the beach, and if so we will leave it there but if not, then we will excavate and relocate the nest. This is because the hatchery is now closed, as by the time the season ends in December, any new eggs won’t have hatched in time.

Top tips for rebalancing your work/life equilibrium
The lines between your professional and personal life were crossed, broken down and trampled all…

Boost your immune system this winter
Food, and what we consume on a daily basis, has far-reaching benefits for our health,…

Could faking your commute be the key to a healthier, happier you?
Scientists say this one quick fix can segment our day to create natural work/life boundaries…

How to motivate your employees for 2021
Navigating the challenges posed by Covid-19 throughout 2020 hasn't been easy for anyone, so successfully…
Newsletter
BOOK A TOUR
X