Patrol last night was strange in that only one leader was available for the patrol, so that meant we had to walk the full length of the beach rather than just one half.

By the time we got to the southern end of the beach, the heavens decided to open and it poured and poured and has not stopped since! Sadly on this patrol we didn’t see any turtles. 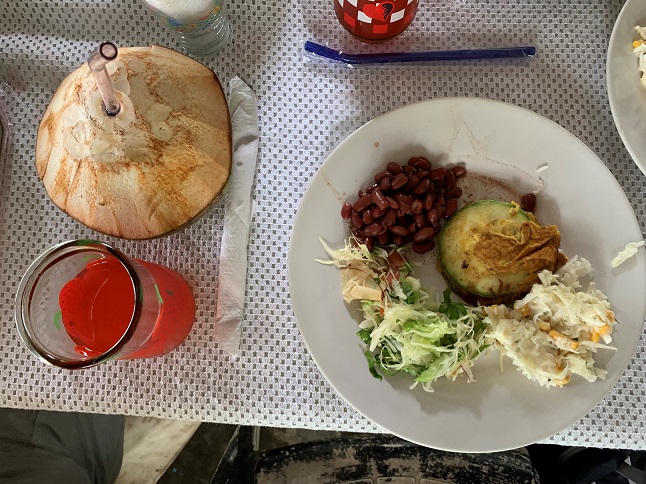 After a good nights sleep, we then had a really exciting trip to another local beach in Bejuco. This is a small fishing village that also has a turtle hatchery, after being fed by one of the locals, with fresh locally caught fish and a superb coconut salad, we then boarded boats and cruised into the Mangrove swamps. There are two types of Mangroves, red and black and we saw a lot of bird life including herons, pelicans, egrets and macaw parrots! The Mangrove swamps filter impurities from the water, they offer the fish life a nursery and are therefore ecologically good for the planet. 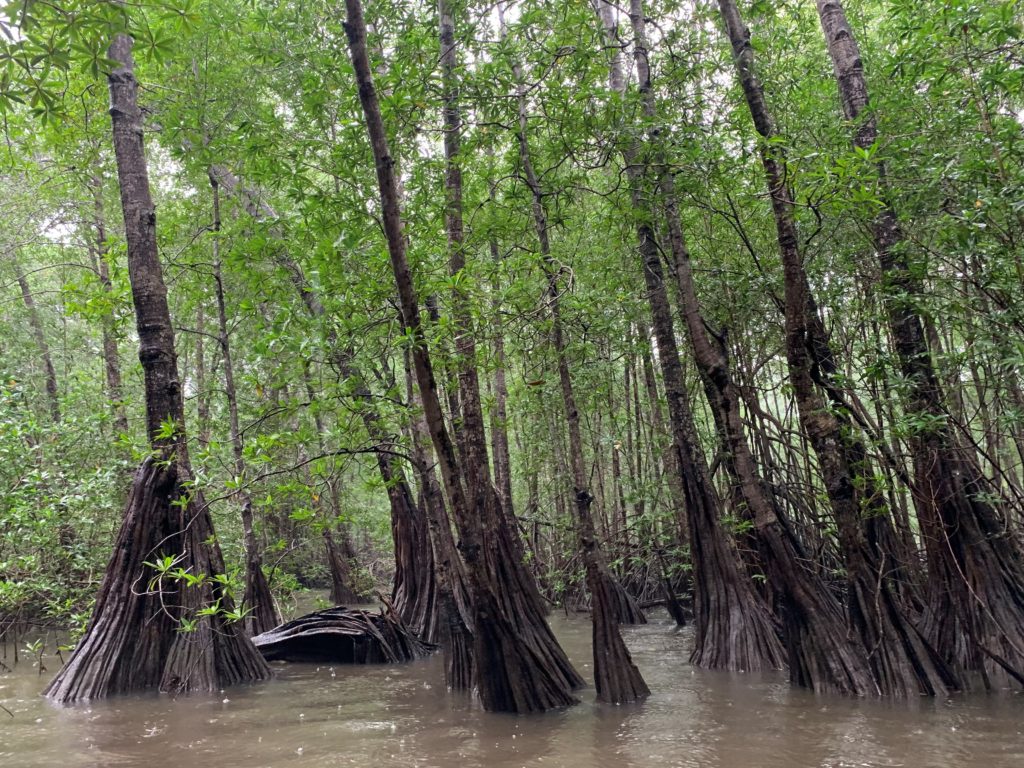 The appearance of the Mangroves however could easily be something from a horror movie, they are so eerie but breathtakingly beautiful. We also saw howler monkeys which was so cool, they sound like a dog barking but are much smaller than we imagined! We also have them here at San Miguel but haven’t been fortunate enough to see any yet. I didn’t manage to get a good picture but if you look closely, you can just about see them! 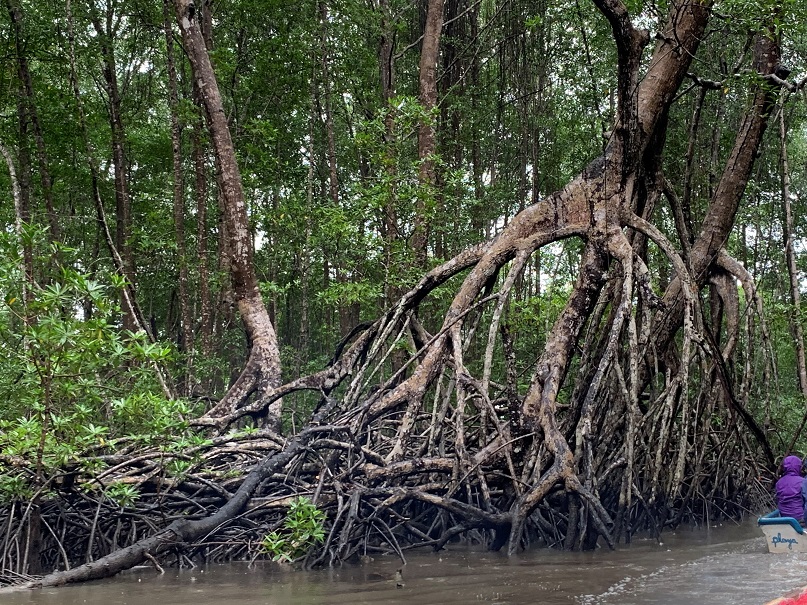 On returning back to the village we encountered the local Shoebill bird who is a real character and traumatises the locals if he has the desire to do so! 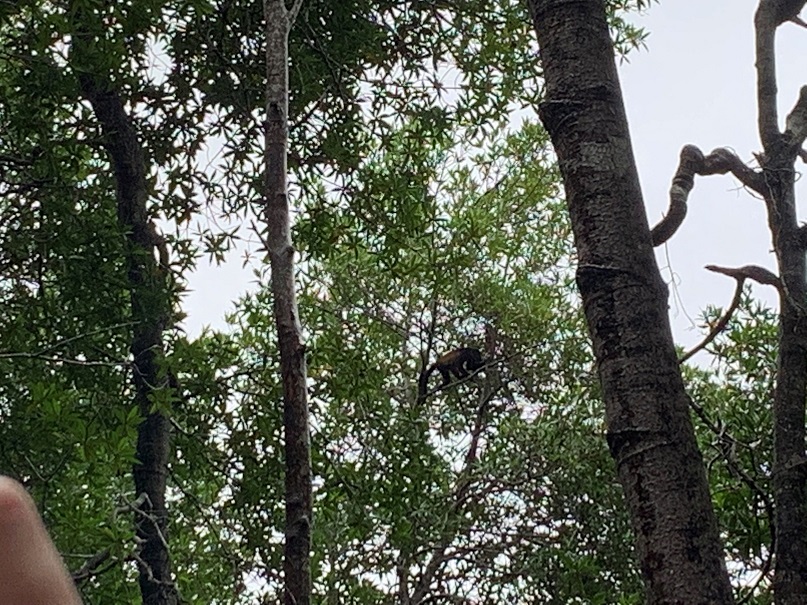 We then came back to San Miguel and socialised for the rest of the afternoon until dinner. After dinner, Tom and I had hatchery and rain gauge duties from 7pm until 9pm. The rain gauge was overflowing due to the continuous deluge of rain which has not stopped and still continues now. We are rapidly running out of dry clothes and shoes ha-ha. There were no baby turtles whilst we were on duty however some of the nests have sunken a little bit so let’s hope babies surface tomorrow 🙂 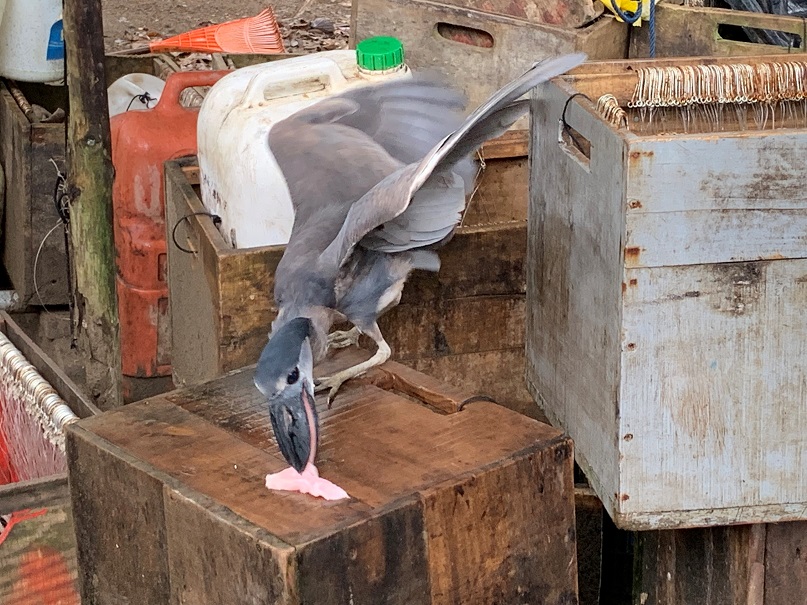 We are not on patrol tonight so that means a full nights sleep, until I (Tom) am up at 5:30 for more hatchery and rain gauge duty. I (Meg) will catch up with him at 8am for equipment cleaning duties.