Last night the yellow warning for flooding was no joke, the rain we had was ridiculous.

Most of the track to the beach and to the main house was flooded, at one point it was so deep that it was up to our knees!

I (Meg) had hatchery duties at 8pm and 9pm, and Tom had duties at 10pm and 11pm. However, as the rain continued to fall, the main house was flooding, so much so that there were large puddles of water on the tiled floor and towels were being used to mop up as much water as possible. Most volunteers went to bed by 8pm so Tom and I sat and wrote the previous blog post. 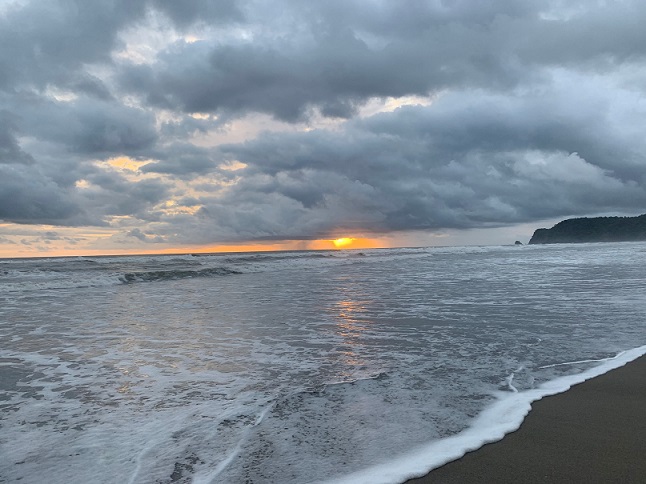 When I was crossing the room to show Tom what I had written, I slipped on the wet floor and fell rib first into the wooden arm of the sofa, subsequently I now have a cracked rib which is really painful and means I couldn’t help out with the tasks today 🙁

Tom was really kind to take over my hatchery duties and sent me home. Tom then later arrived back at the cabina once his duties were done. By this point, the roads were completely flooded and Tom was having to wade through water as high as his knees!! Before the drama, I (Meg) saw a little armadillo which had to be the highlight of the day, as all Tom saw was hundreds of crabs! I didn’t manage to get a picture but it was so cool to see 🙂 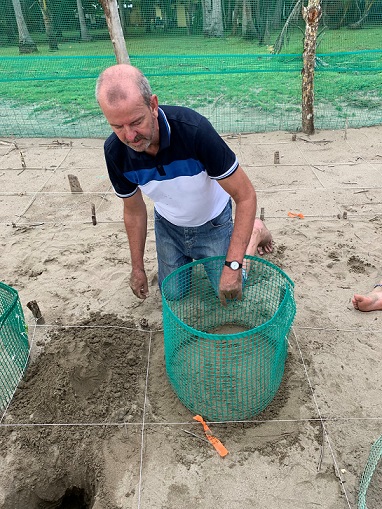 This morning, we were greeted by lovely and warm sunshine – at last! And the majority of the water had all drained away, you would never know that we had endured 60 hours of torrential downpour. When we went down for breakfast, we found out that unfortunately a dog had broken into the hatchery late last night and had dug up three nests, this meant that later in the day we had to completely safeguard the hatchery, exchange old sand with new sand for the damaged nests and make new mesh surroundings for the nests. We had assistance from another group of volunteers from a nearby travel group, called The Bamboo Group, this meant we could get the work done a lot faster which was great as there was a lot to do! 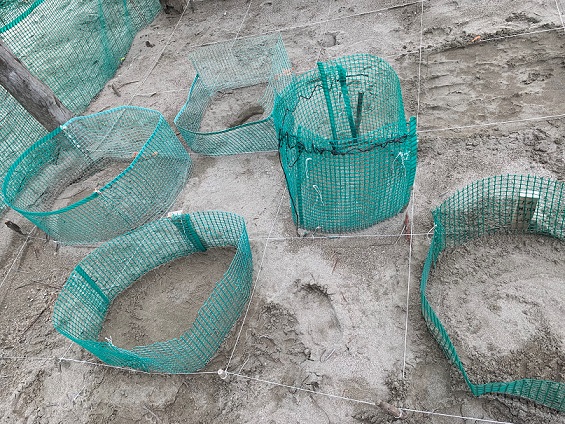 Today was also the day that two volunteers left and three more arrived, so we have made sure they feel settled and welcomed 🙂

Now that we’ve had dinner, we’ve returned to the cabina to wait for our hatchery duties tonight at 11pm and midnight.

Tomorrow we have the day off which we are both very excited for, and hope to make it to the local hotel!