After a much needed rest day on day 10 of their trip, our intrepid volunteers were back to work yesterday….

Yesterday (Wednesday) I (Meg) spent the majority of my day off at the clinic in Nicoya having X Rays and tests, and so the doctor could check over my ribs, this was so I could get a ‘fit to fly’ certificate as BA had advised me to do so. As it turns out, my ribs aren’t broken, happy days. However my tendons are extremely swollen and the area of trauma is large, hence the continuous pain, apparently they will take around 6 weeks to heal. For this I have been given liquid painkillers and anti-inflammatories which are grim but they do the job!

On the plus side, we stopped at Pizza Hut on the way back and I got a free veggie pizza and garlic bread 🙂

Meanwhile, I (Tom) was very lucky to release 81 baby turtles into the sea, one of which is now called Julie as per our promise! On this night, there was a horrific thunder and lightning storm with torrential rain yet again, and one fork of lightning hit the beach within 50 feet of where I was stood. We then all ran to take cover under the trees so as we would not get struck by lightning whilst on the beach! 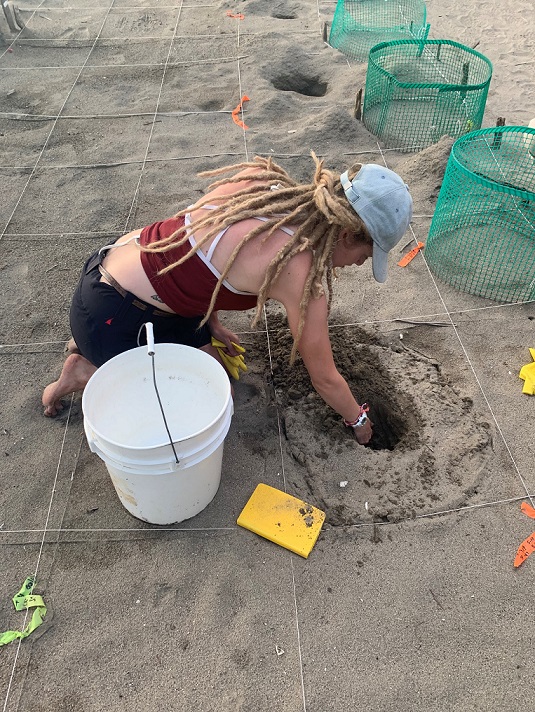 Today, one of the leaders sliced open her arm by stretching underneath the ceiling fan and forgetting it was there. So she was then sent to the same clinic, and has now returned with a number of stitches and a sling. Hopefully that is it now for injuries!!

Whilst she was away, all volunteers carried out another session of cleaning all plastics and micro plastics that have been washed up and collected by us. It was the same process as last week, and we got the job done quickly! 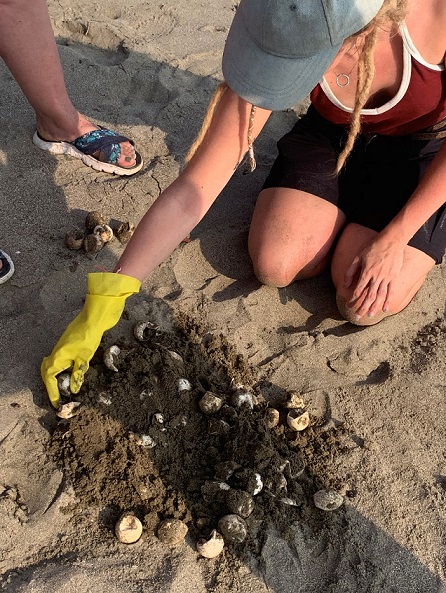 Next we carried out excavations in the hatchery, we excavated two nests and unfortunately in one of them there were 9 unopened eggs that had either been cooked or not developed into a turtle. There was one that had half formed so of course had to be buried with the rest of them.  I (Meg) did learn that the first part of a baby turtle that forms is the eyes! 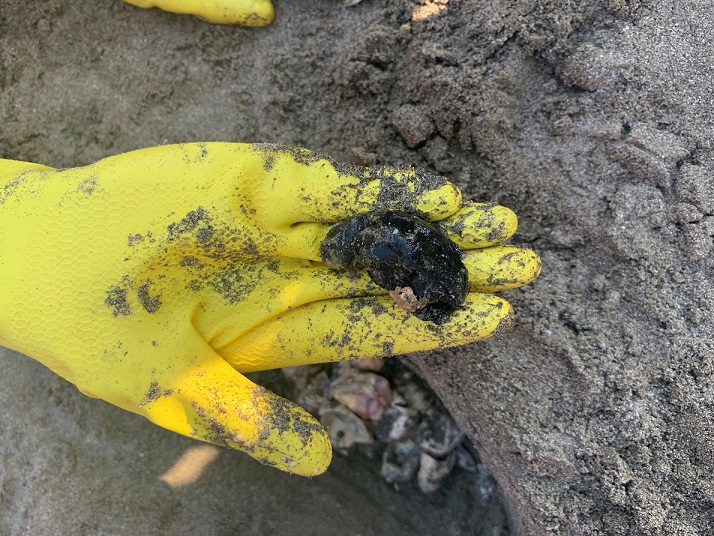 After some more free time, we then had dinner and just after we had finished, one of the volunteers on hatchery duty ran over to say there were 4 baby turtles that had come up and needed releasing. I (Meg) went over with a few other volunteers to help and watch. This proved difficult in the dark but they made it in the end 🙂

We now wait for our patrol, which starts at 2am and finishes at 5, let’s hope we see the sunrise this time and more mother turtles!