It would be easy for millions of small firms worldwide to think that the demise of Windows XP has left them up the technological creek without a paddle.

Many of them were left scratching their heads after Microsoft discontinued technical support and security upgrades for its popular operating system this week. 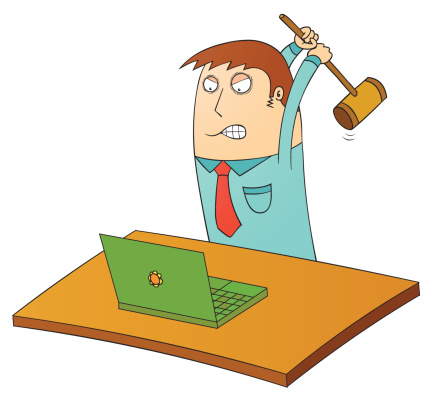 A time for change

So what should small businesses do now that the cut-off date (April 8) has passed?

Several companies, especially the less adaptable ones, will be loathe to change a system they have grown used to over 13 years; one which is still employed in nearly a third of all PCs worldwide. The more progressive firms, conversely, are braced for changing to fresh systems.

What are the alternative operating systems?

– open-source Linux-based operating systems: free and painless options include Ubuntu, Red Hat or Suse, but take a lot of getting used to

– Chrome OS: consumers using Chrome OS can log in to the Chrome browser on Windows or Mac systems

– iOS or Android devices: a tablet or smartphone could provide just enough apps and give you sufficient computing power

What are the mainstream operating systems?

– continuing with Windows XP: but if something goes wrong, you’ve got nowhere to go. It also makes firms more vulnerable to hacking

– Windows 7: perhaps the most obvious upgrade choice as most of them will run on the same hardware as systems now using XP

– Windows 8.1: many industry experts recommend upgrading to this system. It costs between £100-to-£190 per package and can save businesses valuable time with quick switchovers

– OS X Mavericks: you can move to the Mac. Emulators, including Apple’s Parallels, enable you to install and run Windows and Windows apps on the Mac

A blessing in disguise?

Experts think the end of XP support could be a blessing in disguise for small firms, galvanising them to switch from a locally-stored software model to one involving web-based services.

Microsoft, which discontinued XP after the 13-year-old system started to become outmoded, believes firms will be better off without it.

Firms can theoretically run totally online with the launch of devices including Google’s Chromebook.

A business could use web-based email, productivity and collaboration software from firms such as Google, Microsoft, and Citrix. It could then back up all its data to a cloud storage provider such as Dropbox or Box.com.

But some small businesses fear such a move would make them nearly totally beholden on internet connectivity, which can be inconsistent in rural regions.

Some businesses are also sceptical about the cloud service provider’s dependability.

This may persuade some small companies to keep with locally stored business productivity software.

This includes Office, Microsoft’s suite that includes programs such as Word and Excel. These firms could then call on their own local data back-ups.