CSR: a must-have, not a nice-to-have

CSR: a must-have, not a nice-to-have

Corporate Social Responsibility (CSR) is not a new phenomenon for businesses. The notion that companies should aim to do good as well as make money has a long history – and one that the property industry can readily identify with.

In the 1880s industrialist William Lever built Port Sunlight, a model village he claimed would improve the lives of his workers. The following decade, Geroge Cadbury built Bourneville, a suburb designed to provide affordable housing, schools and amenities for his employees and the city of Birmingham. 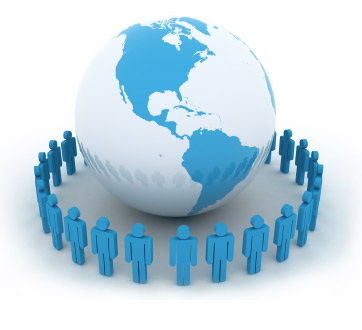 However, as the recession has taken its toll, there is a perception that CSR fallen victim to budget cuts and cost-saving initiatives. Corporate donations to charity has fallen by a fifth since the start of the financial crisis – dropping 14 per cent in 2010 alone, according to Art & Business, an organisation designed to promote charitable givings by the private sector. BP, despite facing its worst PR disaster following the world’s worst oil spill, has retreated from its ‘beyond petroleum’ slogan which was introduced in 2000 to demonstrate its ethical commitment.

This move away from CSR, however, is a mistake. CSR remains important in a double-dip recession because, when done well, it can help firms stay competitive.

CSR is a wide term that still requires some degree of clarification to ensure everyone is on the same page. It encompasses everything from complicated risk analysis of overseas connections designed to guard against bribery or slave labour in unregulated markets, to holding an annual coffee morning and giving the proceeds to a local charity. In its essence though it’s the need for companies to have in place a process to integrate social, environment, ethical and human rights concerns into their business operations and core strategy.

There are companies that live up to this definition and use CSR to spearhead strategy and engage with consumers. M&S’ Plan A initiative, for example, launched in 2007 and has been growing in complexity ever since. Its overarching goal is to become the world’s most sustainable major retails by committing to sustainability pledges over a set period of time. Plan A includes projects as diverse as sustainable energy usage, food sourcing and recycling. The company claims in its 2012 report that is has saved 28 per cent in energy compared to 2006/2007 and the net benefit is £105 million.

Companies across all sectors, including property, can take learnings from the efforts made by M&S. It is important, however, to remain realistic. What a small estate agents with five employees can achieve is very different to that of a corporation like M&S.

There are lots of things a company can do, small or large, that can make an immediate difference. For example going green doesn’t mean spending thousands up-front. First steps should be to implement basic initiatives such as central recycling points and the removal of personal bins – something that saved Business Environment £3,500 in just four months. Turning off workstations can also have a significant impact. Simply by switching off workstations completely, £63 worth of electricity can be saved per workstation each year. Once the basics are covered companies can then look at the bigger picture investments into green electricity and green heating/cooling systems.

In the property sector, environmental policy has never been more important. New building regulations have come into place that aim to reduce C02 emissions by 80 per cent by 2050. And earlier this year, the government revealed its plans for the 2013 Plan L revision that will tighten new CO2 targets for new buildings and introduce specific energy efficiency targets for new homes. The changes will have a lasting impact on the property industry as it has to adapt its practices to meet the new standards.

Despite a decrease in charitable donations, supporting the local community can have major implications for a company and its reputation. Involving staff in activities such as charity runs, bake-offs, competitions and coffee mornings, can boost morale and create a positive attitude towards work. By giving staff time off to volunteer on top of annual leave can also improve motivation, leading to higher retention rates. Companies can also support the local economy by running apprenticeship schemes for the underprivileged or young.

Not only do companies have a responsibility to the environment and wider community, but also to employees. Engaging with staff at all levels of the career ladder is an important way to not only motivate employees but also to ensure good staff retention rates. Through regular appraisals, training can be allocated effectively, reducing the risk of unnecessary investment. Whereas clear reward and benefit packages can improve morale and ultimately boost productivity. Google is often cited demonstrating best practice in employee benefits going as far as building bowling alleys in the offices and paying 50 per cent of wages to spouses for 10 years if their partner dies while working at the firm.

CSR is not something that we should put on the back-burner because money is tight. If executed with conviction, it can have a positive effect on a company both for its reputation and its bottom line. Not only can money be saved through tactics such as energy efficiency and waste disposal, but an edge over competitors can be built. Companies want to do business with other companies that share similar values and this includes CSR. Not investing now, may result in putting yourself out of the running on potentially lucrative pitches. It’s sensible therefore to build a robust policy that can be built over time.