The daughter of a woman who survived ovarian cancer has raised money for charity through the generous help of her work colleagues.

Leanne Murphy, 27 of Clifton, raised cash through a cake bake sale at serviced office operator Business Environment, where she has worked as administration assistant for three years. Leanne and her colleagues made cakes and sold them to staff, and even clients, at both Clifton and Temple Meads offices raising £290. Directors at Business Environment contributed a further £110 to bring the total to £400.

Leanne has donated the funds to charity Target Ovarian Cancer to help increase awareness of the symptoms of the disease: ‘It took more than five visits to the doctors over a period of three weeks for my mum to finally be given an ultrasound,’ said Leanne. ‘A cyst the size of a melon was located and, after further blood tests and an MRI scan, she was diagnosed with an Ovarian Cystic Mass which contained early stages of aggressive cancer.

‘Neither my mum nor any of my family recognised the signs, in fact we thought she had irritable bowel syndrome, which ovarian cancer is commonly mistaken for.’

Leanne added: ‘Unlike cervical and breast cancer, there’s no national screening programme for ovarian cancer, so it’s vital that women have better awareness of the symptoms and the confidence to ask their GP to rule it out.’

Funds raised by employees at Business Environment will help raise awareness of signs and symptoms of ovarian cancer among women and health professionals, giving more women a better chance of survival.

David Saul, managing director of Business Environment, said: ‘As a company we encourage employees to support charities that have a special meaning for them and we allow them time to do this within their working week.

‘The Bristol team really deserve a big pat on the back for doing such a good job organising the cake sale and raising much needed funds and I know it will help Target Ovarian Cancer to make a difference.’

Leanne’s mum, Sylvia Murphy, received her first dose of precautionary chemotherapy in August 2009 and was told by doctors the disease was in remission four months later. ‘Its amazing to think that my mum has made a full recovery,’ said Leanne. She’s been through so much and I hope the money raised through the generous help of my Business Environment colleagues can help more women going through the same battle.’ 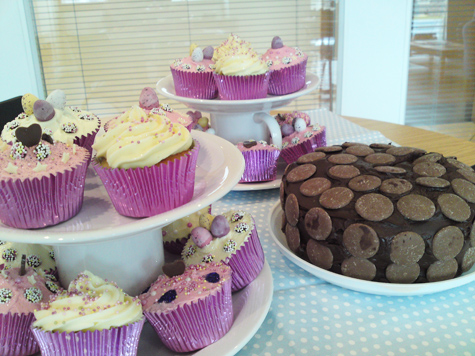 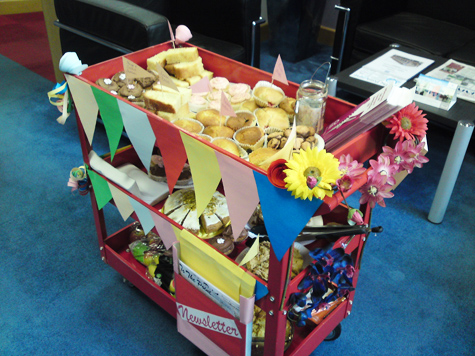