BE Offices’ Beech Street business centre was last night the recipient of two awards at the ‘City in Bloom’ Awards  2016 Ceremony which took place at the newly refurbished City Centre and Roman Amphitheatre that lies beneath the Guildhall Yard. 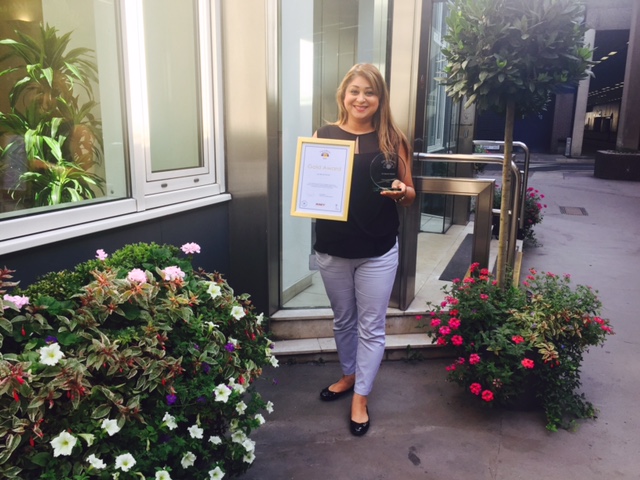 Beech Street Centre Manager, Yasmine Shah, represented BE Offices at the Awards Ceremony and was delighted to come away a double winner with 45 Beech Street first presented with a Gold Certificate in our category for the four flowering troughs and bay tree flowering planters. Gold Certificates were awarded to entries achieving an Outstanding standard, scoring between 86% – 100%. 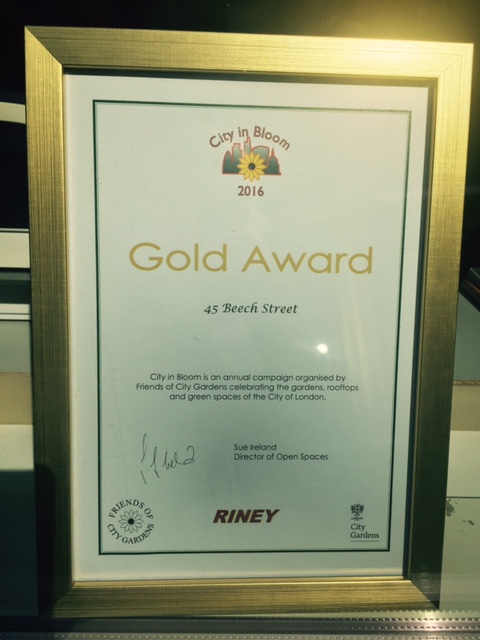 In addition, Beech Street won The Greening Grey Britain Award 2016 – which was awarded to BE Offices for transforming a cold, grey area into a living, planted up beautiful place, to enrich lives and benefit the environment. 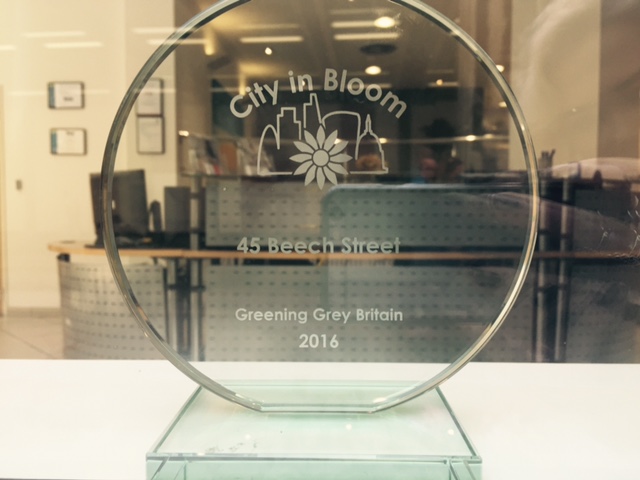 City in Bloom provides the lead for the RHS campaign, ‘Greening Grey Britain’ in the Square Mile and is the foundation of the City’s success in the Royal Horticultural Society’s national competition, Britain in Bloom.