From selling car aerials to heading an electronics empire and everything in-between, we learn there’s more than meets the eye to the business mogul…

Who is he?
Alan Sugar is perhaps Britain’s most recognised businessman. The entrepreneur is known for his humble beginnings boiling beetroot for a greengrocer before establishing his electrics company, Amstrad – a business he eventually sold for £125m in 2007. 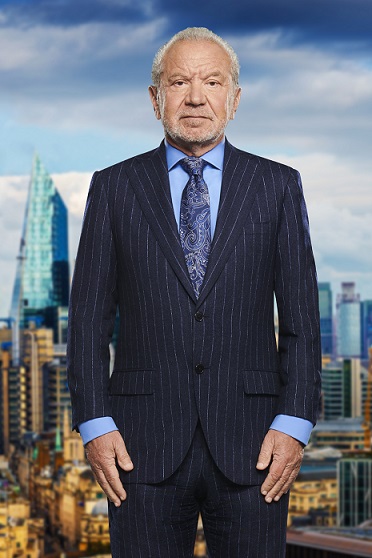 Football fans will remember Sugar’s spell as part-owner of Tottenham Hotspur, although it’s clearly a chapter in his life he’d rather forget. He described his time there as “a waste of my life”. He went on to sell his remaining stake in the club for £25m in 2007, not long after becoming a TV personality on BBC’s The Apprentice.

Today, the working peer is well known for delivering his quick-witted quips aimed at budding entrepreneurs, as well as the famous “you’re fired” line. Here, we delve a little deeper into Lord Sugar’s business portfolio…

How did he rise to success?
Sugar left school at the age of 16 to start work in the civil service. The numbers man spent a short period working as a statistician before buying car aerials for £1 and selling them on for £1.20 from a van he bought with his Post Office savings. At the age of 21 he founded Amstrad or Alan Michael Sugar Trading.

The business specialised in tape decks, stereos and turntable covers, before manufacturing its own highly successful personal computer in 1984. Together with Amstrad’s competitively priced word processor, the company took off in the 1980s and boasted a net worth of £1.2 billion by 1986.

What happened to Amstrad?
Amstrad evolved in the 1990s, moving from desktop to portable computers and even producing its own games console. The GX4000 was launched in 1990 before it was discontinued in 1991. The business soon reinvented itself, focusing on communications and acquiring telecoms businesses Betacom, and Viglen Computers, amongst others.

Sugar’s business supplied Sky with their set-top boxes and satellite dishes while playing a key role in the TV company’s roll-out in Australia and Italy. Amstrad also produced the innovative E-mailer machine, a combined telephone and e-mailing device. However, the hardware proved unpopular and each E-mailer sold made a loss for the business.

Broadcaster BSkyB bought Amstrad for £125m in 2007 with Sugar announcing his retirement as chairman in 2008.

What other projects is he involved in?
One of Sugar’s most high-profile roles saw him co-own Tottenham Hotspur football club as part of a takeover deal in 1991. The mogul teamed up with Terry Venables to invest in the team and spent nine years as chairman in a spell filled with controversy. He sold 27% of the club for £22m in 2001 and his remaining shares were sold for £25m in 2007.

The Sugar empire stretches far beyond Amstrad and set-top boxes. Aviation company Amsair was founded in 1993 and offers business and executive jet charters across a large fleet of aircraft. The Amscreen business sells advertising space to retailers and uses a face detection system to identify the age and sex of its viewers.

How does Sugar make his money today?
Lord Sugar famously said: “You make money from property and do business for fun.” The entrepreneur’s experience with Amsprop, his property investment firm, is a clear indicator of the money to be made in real estate and continues to close multi-million pound deals. The one time “barrow boy” became a billionaire in 2015 and has since been ranked the 95th richest person in the UK.