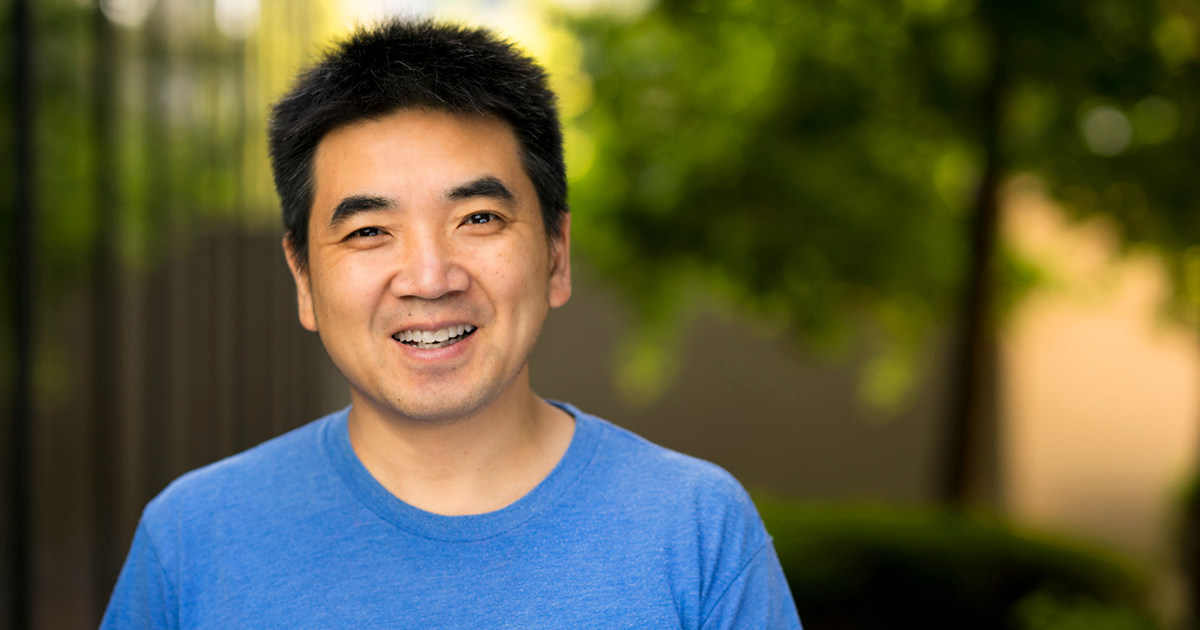 We discover the story behind Eric Yuan and Zoom, the pandemic’s biggest business success story …

Who is he?
Eric Yuan is the founder and CEO of Zoom, the video conferencing company that became a household name as the world lived and worked in lockdown.

The Chinese-American sits at number 293 on Forbes Billionaires 2020 list, with a net worth of $11.9 billion (£9.1 bn). It’s no surprise that the entrepreneur has amassed such a fortune when you consider more than 300 million people use the company’s technology in a single day.

Zoom has enabled a 73-year-old man to teach Karate from his Aberdeen home, and Elton John to collaborate with a screen writer to pen a musical. Its uses, it seems, are endless.

Join us as we take a closer look at Yuan’s success story.

Where did the idea for Zoom come from?
As an engineering Masters student, Yuan would regularly make 10-hour train journeys to visit his girlfriend.

“I detested those rides and used to imagine other ways I could visit my girlfriend without travelling – those daydreams eventually became the basis for Zoom.”

Call it fate or coincidence, but Yuan’s Chinese name 袁征 (Yuán Zhēng) includes the character 征 (zhēng), which means ‘to go on a journey’. Without the need to travel 10 hours to meet his now wife, the entrepreneur may have never changed the face of communication as we know it.

How did Zoom start out?
Keen to capitalise on the opportunities of the ‘dot com boom’ in the mid 1990s, Yuan made plans to work in Silicon Valley. Rejection after rejection saw the entrepreneur finally granted a US visa at the ninth time of trying in 18 months.

In 1997, the communications guru joined the real-time collaboration company WebEx. Not one to rest on his laurels, Yuan completed an MBA from Stanford Business School. The firm with a dozen employees grew extremely quickly and was acquired by Cisco in 2007, when Yuan became Cisco’s Corporate Vice President of Engineering.

Yuan identified a new business opportunity after speaking to customers who were left frustrated with the collaboration solutions available at the time. Failed attempts to convince his bosses to rebuild the WebEx product inspired the magnate to take matters into his own hands.

In his own words: “I left Cisco to build that next generation solution of Zoom.” More than 40 engineers followed Yuan’s path in June 2011 to make the technology imagined by a young student on drawn-out train journeys, a reality.

Why is Zoom so successful?
Zoom was founded on the idea of solving a collaboration problem. In its early days, the focus on building a robust product took priority over every other aspect of the company. Yuan had taken inspiration from his parents’ careers and engineering principles dominated the business model.

Focusing on the product meant that Zoom didn’t hire marketing or sales staff until the company achieved over $1 million in Monthly Recurring Revenue. Everything was left to the engineers, including closing sales.

The tycoon admitted in one interview “We did not have product managers, we did not have QA, we only had engineers. Whenever we received a customer cancellation email, I personally replied back [to them].”

Yuan even offered to meet a customer on a Zoom call after they accused the company of sending automated emails. Although the call never happened the recipient stopped accusing the company of being dishonest.

How successful is Zoom today?
Zoom has very rapidly become synonymous with video calls. Downloads of the mobile app increased by 728% when comparing figures from the third week in March to the first week of the same month. In April the firm reported a 30-fold jump in the use of its software.

The venture has gone from strength to strength during the Covid-19 pandemic. Enabling teams to collaborate remotely and in large numbers – Zoom servers allow up to 1,000 participants to join the same video call.

Yuan owned a 22% stake of Zoom at the time of its IPO and the company was valued at $9 billion dollars before trading began. In the 15 months between April 2019 and July 2020, shares in the business skyrocketed by an incredible 300%.

Not bad for nine years’ work.