Focus on: managers. What sort of manager would Wes Anderson make?

Focus on: managers. What sort of manager would Wes Anderson make?

As part of our regular feature focusing on managers, we wonder what sort of manager the famed director Wes Anderson would make…

In the wake of the long-awaited Isle of Dogs release, we wonder what the film’s colourful creator and director Wes Anderson would be like as an office manager. 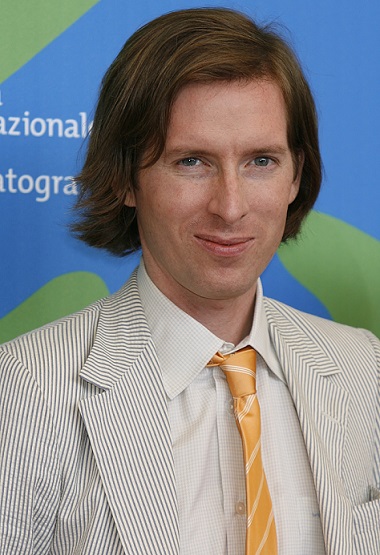 Who is he?
Wes Anderson is the creative mastermind behind such memorable films as The Grand Budapest Hotel, Moonrise Kingdom and the movie adaptation of Roald Dahl’s Fantastic Mr Fox. He’s best-known for his off-balance symmetry in shots, ornate architectural settings and use of colour.

He didn’t always look to become one of the world’s most famous film directors though – he initially wanted to be a writer. He studied philosophy at the University of Texas, where he met soon-to-be actor Owen Wilson – who now frequently appears in his films alongside brother Luke.

Notable achievements:
Throughout his extensive career as a filmmaker and director, Wes Anderson has won over 80 awards for his creations, including five Academy Awards, five Golden Globes and two BAFTAs. His first large scale film, Bottle Rocket, starring brothers Luke and Owen Wilson, aired in 1996 – Anderson was only 27 years old.

Best managerial traits:
Colourful and interesting: Wes Anderson stands out from the crowd. His films have certain qualities which make them so uniquely his, that anybody can recognise his input immediately. One of those qualities is beautiful scenery and bursts of deep or pastel colours. Imagine what a beautiful office you’d be working in if Wes was in charge!

Consistent: Again, most film fans can recognise a ‘Wes-work’ within moments due to his characteristic style, from which he rarely-to-never strays. This shows consistency – an excellent quality for a manager to have. Wes Anderson knows how to toe the line perfectly between the surprise factor – to make sure nobody gets bored – and avoiding being erratic in decision-making processes. What you see and what you expect is usually what you get.

Potential pitfalls:
May be hard to relate to: While many people consider themselves big fans of Wes Anderson movies, some people just don’t buy into them. They’re a little like marmite in that way. The same goes for many managers – some people really like and respect their boss and their approach to managing a team, but some people find them hard to deal with. This may be the case with the enigmatic Wes Anderson.

Can be erratic: It’s normally easy to spot a Wes Anderson work, from the scenery, the beautifully-detailed costumes, the facial expressions of the characters and the colour schemes. But sometimes viewers are met with small, unexpected plot twists or character outbursts which may be considered distasteful or politically incorrect – not exactly qualities you want in a boss.

Overall rating as a manager:
We think that, while he is enigmatic, a quirky side to a manager is a welcome quality. Plus, we’d love the chance to work somewhere akin to the sets from the Royal Tenenbaums or Hotel Chevalier. So, Wes Anderson as manager? It’s a yes from us!