Focus on: Managers. What sort of work boss would Gareth Southgate make?

Focus on: Managers. What sort of work boss would Gareth Southgate make?

As part of our regular feature focusing on managers, we explore how effective Gareth Southgate would be as a workplace boss.

The festival of football in Russia is in full swing, with England joint top (with Belgium) of their group, also containing Panama, and Tunisia. With football fever gripping the nation, we can’t help but wonder how England boss Gareth Southgate would be as an office manager. 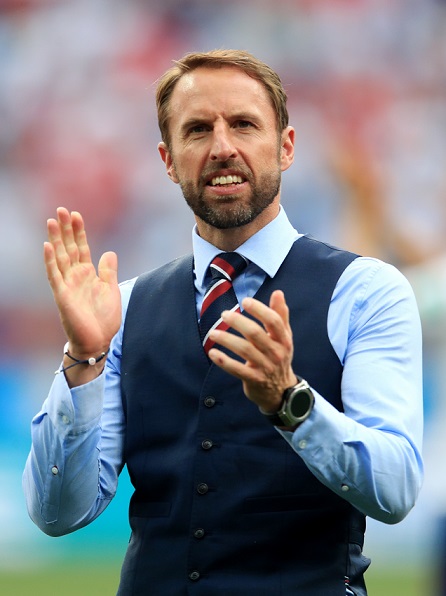 Who is he?
Gareth Southgate is the man tasked with leading England to glory this summer, or at least to some decent performances following the team’s poor showing in Brazil four years ago. The former England international took over in 2016 and is leading the team to his first tournament as manager.

Southgate is something of a reluctant England manager, only taking the job because previous boss Sam Allardyce was fired after just 67 days in charge. But since coming in, he’s built a young team in his image that qualified without losing a game.

Notable achievements
Southgate enjoyed a successful playing career, racking up over 500 appearances for Crystal Palace, Aston Villa, and Middlesbrough. He captained ‘Boro to silverware in 2004, as they won the Football League Cup, although he wasn’t so lucky in the 2006 UEFA Cup Final, losing to Sevilla.

Southgate won 57 caps for his country and managed the national U21 side before taking over as England boss. Fans will be hoping his best achievements come are still to come.

Best managerial traits
Thinks outside the box: Since taking the reins as national coach, Southgate has shown himself to be something of a thinker. Without making any rash decisions, he’s slowly made significant changes to the team. Even England’s ambitious move to playing three at the back was carefully undertaken over months of patient planning and tinkering.

Sharp dresser: Gareth Southgate may seem like an unlikely style icon when compared to the likes of former teammate David Beckham, but the boss has impressed with his touchline attire. While other managers prefer tracksuits, Southgate has gone for three-piece suits and stylish facial hair. Dressing like this in the office would create an air of professionalism, suggesting Gareth is always keen to make the perfect first impression.

Not afraid to make tough decisions: In the eighteen months he’s been in charge, Southgate has shown he can make some big calls. Inheriting a team that tumbled out of Euro 2016 to Iceland, Southgate hasn’t been afraid to move some players on. Wayne Rooney, Joe Hart, and Jack Wilshere are just some of the underachieving stars that Southgate has cut from the national side as he’s introduced a youthful new edge to the team. 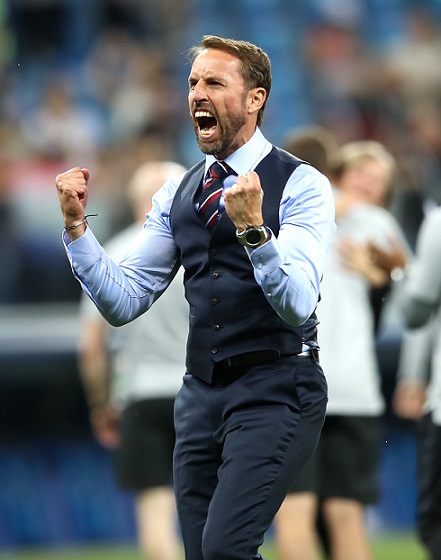 Potential pitfalls
Mr. Nice Guy: When he took over the role of national boss, Southgate was given the nickname of Mr. Nice Guy by the media, who saw him as an easy choice as replacement for the FA. No-one wants to be seen as a pushover, especially in an office environment, but after decades of fire and fury types, perhaps Southgate’s more personable approach will work better for today’s players.

Struggles with pressure: Gareth Southgate is still, perhaps unfairly, associated with a famous penalty miss in 1996, leaving the home crowds devastated as they lost their semi-final to Germany. When the pressure cranks up at work, a boss needs to step up and handle it in order to instill confidence in their workforce. Gareth was a lot younger when he missed that Wembley penalty, but we’ll see how he handles the pressure as manager in Russia this summer.

Overall rating as a manager
With his snappy dress sense, progressive tactics, and inclusion of brave new methods (for the England national team, anyway) we can’t help but think that working for Gareth Southgate would be an exciting opportunity. We’d welcome the breath of fresh air he’d bring, and definitely make sure he gave us the name of his tailor.

Southgate is leading the England team in Russia this summer