Focus on managers: Who would make the best boss in The Good Place?

When it comes to the afterlife, you’d hope there wouldn’t be anyone bossing you around. But if you had to choose in this life, who do you think would make the best boss from TV show The Good Place… Eleanor, Michael, Jason, Chidi, Janet or Tahani?

Thoughtful and kind, oblivious and dumb, robust and ruthless or all-knowing and all-powerful. Who would be your choice for best boss from The Good Place? 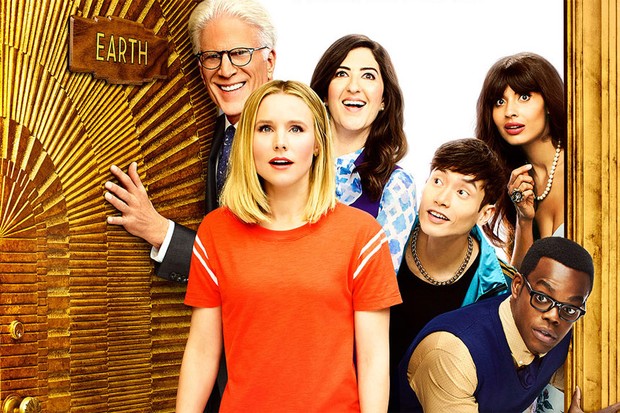 Eleanor
Rude, selfish and dishonest, Eleanor isn’t exactly a team player. She actively tried to get out of any social functions when she was alive and although starts to become less self-centred in The Good Place, she’s still not exactly top of the class when it comes to being helpful and ethical.

But if you despise being micromanaged, she might very well be a good fit for you. Do you spend your days with your headphones on avoiding eye contact with colleagues? Then having a boss that’s hardly ever there (and let’s face it, she probably wouldn’t be around a lot) might work well for you. But don’t expect to learn or grow much with Eleanor as a boss – she probably doesn’t even know your name.

Chidi
Eleanor’s soulmate, Chidi Anagonye, is thoughtful, kind and clever. Before coming to The Good Place, Chidi was an ethics professor and lecturer. As a natural teacher, he’d take the time to help you grow and foster an environment that was fair, based on merit and hard work. You could trust Chidi to be supportive with your training and personal development. He’d be unlikely to berate you if you were poorly or needed help understanding a project.

But, his indecisiveness and anxious nature might be a bit of a nightmare if you went to him with a difficult problem or tricky client. Sometimes having a boss who can make hard decisions for you can be extremely valuable.

Tahani
Prim and perfect Tahani knows how to pull in the big bucks. After all she once raised $60bn for a non-profit organisation. She’s had a top-notch education and knows people in high places – Dame Maggie Smith, Princess Diana and Sir Paul McCartney were her godparents while she was alive. Plus, among her many other claims to fame are that she had a fling with Ryan Gosling and was once a muse of Baz Luhrmann. But her constant namedropping might get a bit much after a while.

If you’re the kind of person who’s starstruck and easily impressed with fame and fortune, then Tahani might be the ideal boss. But be careful not to outshine her in any way or you may end up being crushed by the weight of her ego. And not just metaphorically.

Jason
Despite pretending to be a silent Taiwanese monk, Jason Mendoza was actually a drug-dealing, dodgy DJ before coming to The Good Place. He’s not the smartest cookie in the biscuit jar: he thinks that penguins are mythical creatures and, until Tahini taught him not to, used to eat candles because they smelt good. But he does offer up some nuggets of wisdom, telling Michael: “I wasn’t a failed DJ, I was pre-successful”, or insisting to Janet that: “It doesn’t matter if you know things, it matters what’s in your heart.”

He’s a good guy deep down, and is unfailingly positive in the face of difficulty, which can be an excellent character trait for any colleague. But whether he’d make a good boss – who you could learn from and find inspirational – is unlikely at best.

Michael
As an “architect” in the show, Michael has pretty much unlimited powers, which must be very cool to have in a boss. After all, he can control everything about your environment, he can read all the world’s literature in about an hour and he can’t die (well at least not very easily). He can also see in nine different dimensions, which must come in handy at some point, surely?

Having existed since the beginning of time, he’d be pretty unfazed by most things and can give you some good dos and don’ts when you’re unsure what to do next. However, he’s also omnipresent, so you’d never get away with a cautious sick day, or for blaming Bob in accounting for not sending off that report – when it was actually you forgetting to do the paperwork.

Janet
Last, but not least, there’s Janet. She’s the source of all information in The Good Place. She has all the knowledge in the universe tucked away inside her brainbox and can provide you with any object you could possibly need. It’s impossible to insult her and she never feels sad. Janet can teleport to anywhere in The Good Place and cannot lie.

Infinitely resourceful and permanently happy, Janet is the ideal colleague. Whether she’d make a good boss isn’t all that clear, she’d probably get on your nerves with her endless cheeriness. Although if she annoyed you, you could always hold down her nose and insert a paper clip into the hole behind her left ear, causing her to collapse in on herself until she’s a marble. Not advisable with all bosses, we must stress…

5 reasons you should be cycling to work
Are you ready to join the cycling revolution? From improvements to your health to saving…

New government funds to support your business through coronavirus
We look at some of the financial initiatives designed to boost a recovering economy. Loans,…

Focus on: Bristol
Have you considered relocating your business to Bristol? Bristol has been a business hotspot for…
Newsletter
BOOK A TOUR
X