Focus on managers: Would Eve from Killing Eve be a good boss?

Focus on managers: Would Eve from Killing Eve be a good boss?

Eve’s an amazing sleuth and serial killer hunter, but would she make a good boss? We ponder the topic…

The titular character of Killing Eve is a simultaneously quirky, admirable and endearing character on the hunt for a dangerous criminal. She’s passionate, smart and resourceful, but would she make a good boss?

We think about the possibilities…

Pro: She’s smart
From the very start, Eve proves herself adept at seeing patterns, figuring out clues, and generally being a very smart cookie. Her efforts get the attention of some seriously powerful MI5 people, and she’s successful in managing to track down Villanelle, one of the world’s most elusive serial killers. Her brains would make her a great boss – working for someone this inspirational would definitely be a plus. 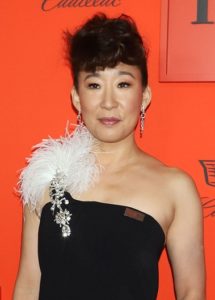 Pro: She’s resilient and resourceful
Eve repeatedly proves that she’s resourceful, using her skills to get into places she probably shouldn’t be and finding out hidden information. She’s got skills that most people will never develop, and that could make her a great boss. She’s someone you could learn a lot from, which is great for career progression. You could likely come to her with any problem and she’d solve it – a trait that many people would love in their boss!

Pro: She’s tenacious
Eve is nothing if not a bull terrier when it comes to the things that she cares about. Her fascination with Villanelle is something she pursued on her own time, and made a career of – even if it’s often a life-or-death line of work. Eve would be someone who could take her team to great heights, and push the department to new levels – an environment that many people would kill to work in (in this case, maybe literally!).

Pro: She cares a lot
Eve can get very caught up in work, a habit many of us fall into. She cares a lot about the job that she does, and puts her everything into it. That level of passion – near-obsession, at some points – could be very exhilarating to be around. It can be very motivating to be part of a team led by an inspirational boss, so this might make Eve a particularly great leader.

Con: She’s not the best boss to her current employees
Eve recruits Elena and Bill as her assistants in her off-the-books work for Carolyn, head of the Russian branch of MI5. The work they do is dangerous, but Eve pushes the team hard, and (spoiler alert) her obsession with Villanelle leads poor Bill to not only lose his first job, but eventually his life. His death, while giving her some pause, doesn’t stop Eve from pursuing her volatile opponent at the risk of everyone’s lives. This might not bode well for any future employees! 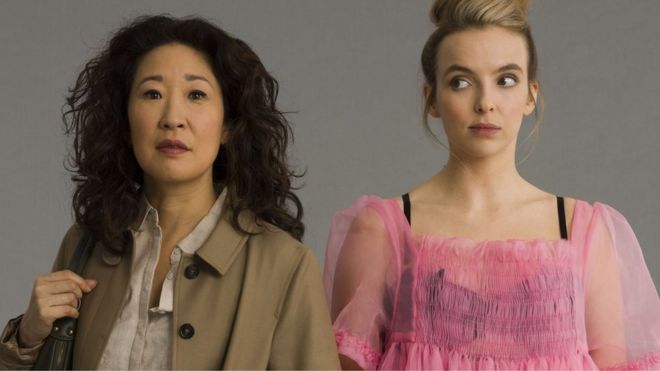 Con: She defies her own boss
Sometimes you can tell a great boss by how they interact with their own boss, and Eve has a terrible track record. She explores her Villanelle theory against her MI5 boss’ wishes, and then goes behind Carolyn’s back to pursue her interest in Villanelle again. Eve’s respect for authority seems fairly lacking, and that could make her a bit of a risk-taking boss.

Con: She’s a loner
Eve might be a brave and intelligent officer, but she shows her colleagues (and the viewers) time and time again that she prefers to work alone. Rather than explain to her husband what she’s experiencing, or bringing in her colleagues, subordinates and boss when things with Villanelle get personal, she chooses to work by herself. This could make things very difficult when working for her – and often does, as she gets into dangerous scrapes and illegal activity when left to her own devices. This might be dangerous for the career of anyone following her.

Con: She only cares about Villanelle
Eve’s unhealthy, compulsive pursuit of Villanelle is often to the detriment of everything else. Her preoccupation with the stunning serial killer leads her to sabotage her relationships with co-workers, friends and even her husband. Not only that, she engages in dangerous activities and behaviour to get under the skin of the assassin, which might make her quite difficult to be around.

Would Eve make a good boss?
Although she’s a wonderful person and a great character, Eve is a bit too much of a rogue agent to be a great boss. Her drive and obsession are the source of all of her problems, as well as her greatest achievements, and her unbalanced management style might be too much for the average person to handle. There’s also the chance you might meet an untimely end, which is not ideal for workplace morale!

Images courtesy of imdb and sid