As part of our series exploring the neighbourhoods surrounding our buildings, this week we traverse the area around our newly opened Southampton location.

If you’re searching for flexible workspace in Southampton, look no further than our coworking space at Grosvenor House.

Operating under our Headspace brand, Grosvenor House is a short walk from Southampton Central Station. Head to the city’s business district and the landmark Grosvenor Square for high-speed internet access in an environment that balances casual and corporate. Private office suites and smaller meeting rooms splinter off from our plant-filled breakout area for a relaxed and welcoming environment.

Explore Old Town
Remains of the city wall can be found at Bargate, the historical entrance to Southampton and the perfect start to a trip around its medieval highlights. The vaults and St Michael’s Church offer glimpses into history but it’s the Tudor House and Garden at Bugle Street that may capture your imagination. The restored property near St Michael’s Church dates from the 14th century, although some of the grounds are said to be older. Step inside for a collection of household artefacts and decorated glass panes that will take you back in time. 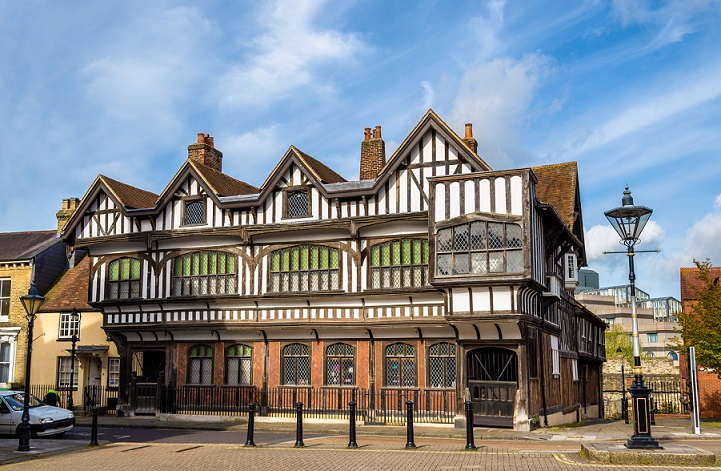 Shop ‘til you drop at Westquay
If retail therapy is what you’re after, Westquay shopping centre at Harbour Parade is your answer. Two connected malls cover 800,000 square feet and contain over 100 stores just north of Old Town. Westquay South is worth a visit if you’re looking for a bite to eat or feel like watching a film in between meeting client deadlines. Just don’t get too comfortable in the recliner seating available across all 10 of the cinema’s screens. 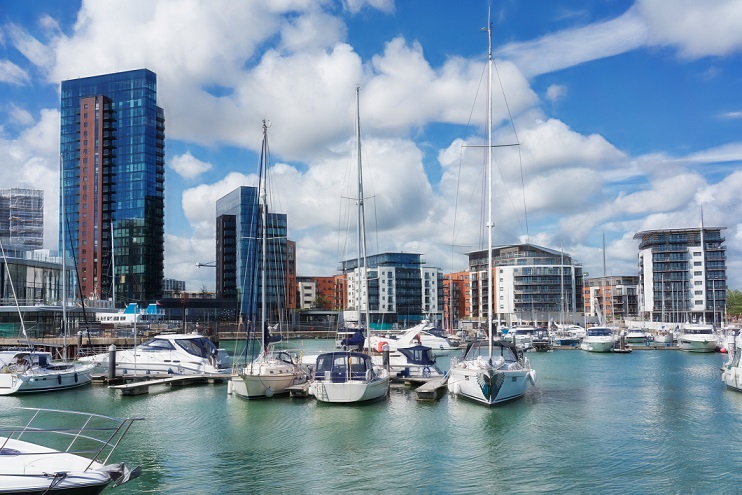 Walk the Titanic Trail
While the world’s most famous ship was built in Belfast and based in Liverpool, RMS Titanic set off on its maiden voyage from Southampton. A tour highlighting the city’s connection to the famous ship takes in the crew’s preferred pub, the hotel where first class passengers stayed and monuments built in honour of the doomed trip. Maps and guides can be found at the Civic Centre, close to the SeaCity Museum and its permanent Titanic exhibition.

Sample a coastal coffee
Your caffeine fix is never too far away from our Grosvenor House offices, directly from our high-quality bean-to-cup coffee machines and the numerous cafés in the area. Coffee Lab on London Road is the brainchild of a six-time UK Latte Art Champion and a three-minute walk away. Halladays Tea Rooms are a stone’s throw away and offer traditional teas alongside a brilliant brunch and breakfast menu. If you prefer your coffee al fresco you could always head to PARKafe, a seven-minute walk away set against the green backdrop of East Park.

Meander along the marina
Ocean Village in the heart of the city is much more than your usual marina. The start and finish of around-the-world yacht races, the basin is deep enough to moor tall ships and large yachts. Southampton’s unofficial status as Europe’s cruise capital, makes the marina a great place to spot the luxury liners that come and go daily. Alternatively, you could just sample the many shops, restaurants and bars in the village. 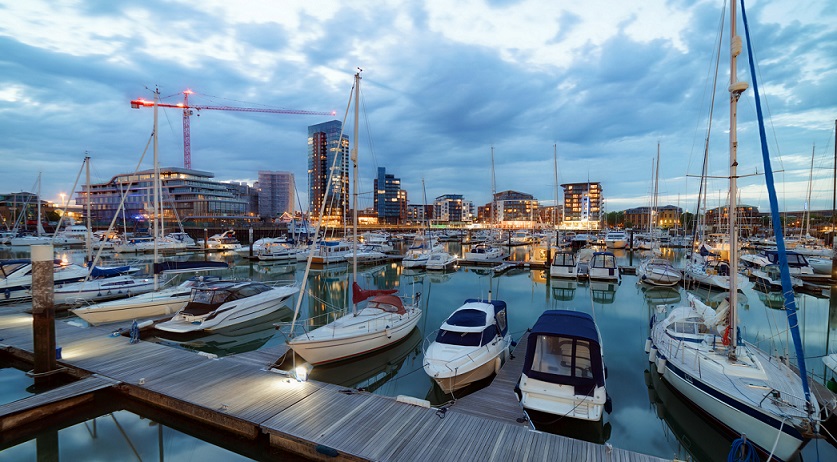 Hit the bars at Bedford Place
When deadlines are met and you can clock-off from client calls, a drink in one of the city’s many bars can be a great way to unwind. Southampton’s favourite watering holes can be found around Bedford Place, and range from the swanky Orange Rooms to the nearby Popworld loved by locals and students alike for its retro pop music policy. For a cosy speakeasy offering quirky cocktails, head to Bring & Mix on Upper Bannister Street.

Take a seat at St Mary’s
The home of The Saints, Southampton’s local football team, deserves at least one visit. While the team have ended recent seasons in the lower half of the league, the arrival of new manager Ralph Hasenhüttl has seen the squad topple unsuspecting opponents and cause a few upsets. Expect a raucous atmosphere and 90 minutes of action that football experts everywhere often fail to predict.

Eat al fresco
Our Grosvenor House office is a short walk from Watts Park and East Park, the perfect venues for enjoying your lunch in the great outdoors. Here, the calm Peace Fountain and Southampton Cenotaph sit next to the Titanic Engineers’ Memorial. Alternatively, the bustling Southampton Solent University is opposite PARKafe, for a busier break from business.