Which Incredibles character would make the best manager?

Which Incredibles character would make the best manager?

Following on from 2004’s original, Disney Pixar’s Incredibles 2 finally hit our screens this month. As we get gripped by superhero fever, we can’t help but wonder what the Incredibles gang would be like as office bosses…

Can you believe it’s been 14 years since the incredible Parr family first hit our screens in Disney Pixar’s smash hit superhero movie? We can’t, but we’re delighted to see the gang return to our cinemas this month in Incredibles 2.

In our excitement, we take a look at who would make the best office manager.

Bob Parr/ Mr. Incredible
The patriarch of the Incredibles family, Mr. Incredible is one of the most famous superheroes of all time and looks great in his red skintight suit.

Best managerial traits:
The archetypical superhero, Bob always strives to do good in this world and even tried to find legal loopholes to help out customers in his previous job as an insurance salesman. As a boss, this would mean Bob always looking out for his staff and doing the best by them.

Worst managerial traits:
Being a superhero, Bob often tries to fix all the world’s problems by himself, believing he is the best person for the job. As a manager, that would mean ignoring the talents of his colleagues in the belief that he is better equipped, which would get frustrating. 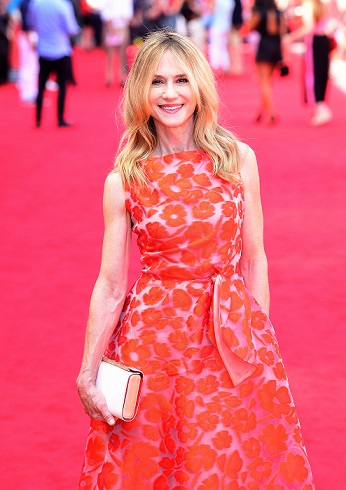 Helen Parr/ Elastigirl
A stay-at-home mum with a difference, after giving up being a superhero Helen Parr put her powers into being a great, elastic mum for her three kids.

Best managerial traits:
Anyone who can handle three “super” kids can easily handle running an office. Helen seems cool and calm as she juggles being a caring mum for her three challenging kids while being the ultimate female superhero as Elastigirl, who doesn’t take any nonsense from anyone.

Worst managerial traits:
While Helen makes being a superhero and a mum at the same time look easy, we aren’t sure whether we would want a boss who can stretch their neck around the office to keep tabs on their workers.

Violet Parr
The oldest Parr child Violet balances managing her teenage angst with being a superhero who has the power to disappear – no mean feat.

Best managerial traits:
Violet is a curious teenager who is willing to experiment to get to know her superpowers. As a boss, she would be open to new ideas and ways of doing things, letting her colleagues explore different avenues and hopefully finding better results.

Worst managerial traits:
As she gets to grips with her super alter-ego, Violet has a tendency to be shy and retiring, meaning she might not be able to get the best out of her workers.

Dashiell “Dash” Parr
The middle child of the Parr family, Dash is a boy who can run fast. Really fast. And if that wasn’t enough, he can also run on water and up the side of buildings.

Best managerial traits:
Never short on energy, Dash would definitely always make sure that he got the work done himself if needed. He would also be a great cheerleader for the entire team, urging them on to bigger and better things.

Worst managerial traits:
Dash is his father’s son, and shares Bob’s view that he shouldn’t be ashamed of his powers. Dash can come across cocky and mischievous which aren’t great qualities in a boss, while he would definitely always win the running races at the office sports day.

Jack-Jack Parr
The baby of the Incredibles clan, Jack-Jack is the youngest son of Bob and Helen and only revealed he had superpowers of his own at the end of the first movie.

Best managerial traits:
Despite his young age, Jack-Jack is smart and intuitive. In the first movie, Jack-Jack was the only one who recognised that Syndrome was the enemy and that’s exactly the type of intuition that would help him succeed in the workplace.

Worst managerial traits:
Jack-Jack is still just a baby so that would mean having to put up with a lot of temper tantrums and nappy changes. He also lists teleportation in his superpowers, which means you’ll never know when he’s going to show up next!

Edna Mode
The family’s very own fashion designer, Edna Mode is one of the most memorable characters from the first film and has a great sense of style that helped her create the Incredibles iconic suits.

Best managerial traits:
Edna is one of the world’s greatest designers, with a keen eye for detail and the ability to use cutting-edge technology to make the best suits she can for the clan. As a boss, she would embrace new technologies while her precision would mean that you always produced the best work.

Worst managerial traits:
Like all geniuses, Edna is as demanding of others as she is of herself. She only wants the very best, and that means she can come across as cold and unfeeling. She keeps her caring side under wraps as she focuses more on creating the best outfits she can.

Who would make the best boss?
The prospect of having a superhero as a boss would be pretty great whichever member of the Parr family became our manager, so we think all of them would be incredible bosses! As long as we got some of Edna Mode’s designs as our uniform, we’d be happy.