Since 2011 BE Offices has offered a “Charity Days” scheme for all its personnel with every staff member given three days per year paid leave to work for a charity of their choice.

Fairtrade Fortnight has recently finished, a celebration of Fairtrade as well as an opportunity to educate the British public on the importance of buying Fairtrade goods.

Whilst living and volunteering in Nicaragua in 2013, BE’s Marketing Assistant, Frances Singer, realised the importance of fair trade and the cause became important to her as she witnessed first-hand the hardships of the coffee producer’s life. Many lead a hand-to-mouth existence and she saw just how much better off they would be if they were paid a fair price for their produce. 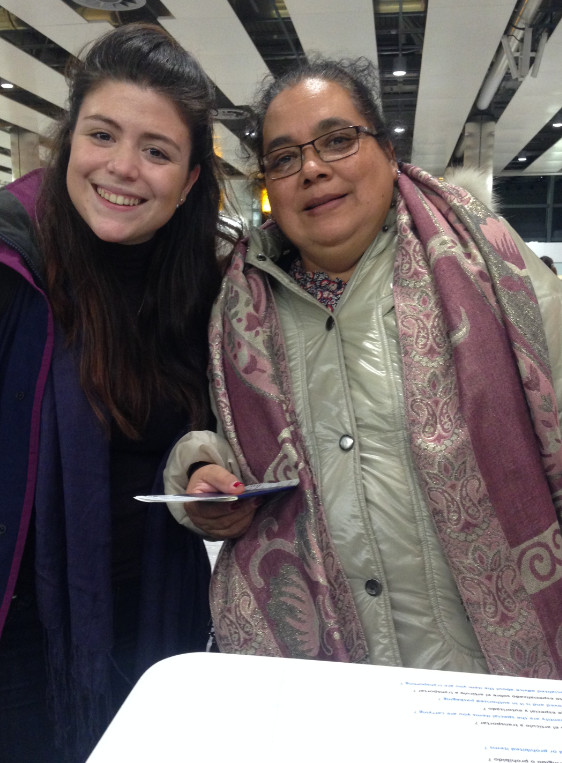 On Tuesday 14th March, Frances used one of her BE Charity Days and volunteered through the Nicaragua Solidarity Campaign to serve as a guide and interpreter to a Nicaraguan coffee and cocoa producer Maura Jarquin who speaks no English. This had been her first time out of Nicaragua and her first time on an aeroplane. Frances met Maura on her last day in the UK after she had spent two weeks working through a jam packed schedule of events including school talks and meetings with the likes of the Nicaraguan ambassador and Café Direct.

On her final day in the UK, Maura just wanted to be shown a few of the sights in London and purchase the last of her souvenirs so Frances took her to the Tower of London and St Paul’s Cathedral before being accompanying her to the airport. There Frances made sure she checked in ok and sorted out her short stay visa as she was flying via Mexico.

“It was great to be able to play a small part in Fairtrade Fortnight and use my language skills as well” commented Frances, who speaks fluent Spanish courtesy of her Colombian mother.

Frances plans to use her second volunteering day building a website for a new charity which is being established in memory of one of our colleague’s nieces and which will support children from low-income backgrounds in Colombia.

Frances used the Mayor of London’s Speed Volunteer website to find this opportunity and highly recommends it.