How not to be the bad guy

How not to be the bad guy

As a new survey lists the top reasons people dislike their boss, we look at ways to make sure you don’t become the bad guy.

Being the boss can sometimes feel like you’re constantly playing the bad guy, asking your staff to work late, re-do work or simply by giving feedback. 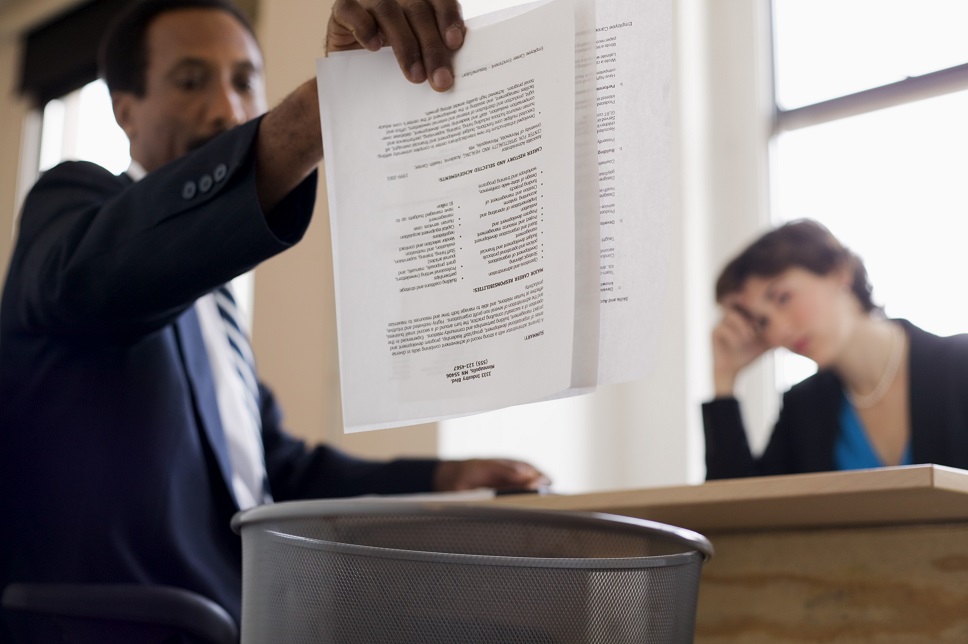 1. Show appreciation
People spend a large chunk of their life at work, so getting recognition for their work is a must in any office.

While bosses shouldn’t offer praise for people whose work is below par, take note of those who are working hard and let them know you’ve noticed their efforts.

2. Don’t overwork people
Sometimes work can get busier than usual – whether it’s down to a new contract or other staff members on holiday. But you’ve got to make sure your staff can balance work and life.

Get everyone to take regular breaks and use their full holiday allocation. Ask around regularly to see if anyone is struggling with their workload and, if so, see if you can switch things around.

Only award work or rewards based on skills, not who you like. Keep a list of who is doing what and try and make sure there’s an even spread.

4. Don’t make empty promises
What might seem like empty promises to your staff could actually be out of your control. You may have said they’d get a pay rise but the finances just didn’t work out like you hoped.

Try not to make promises you might not be able to keep. And if you get into that situation, explain to your staff why you’re breaking your word.

5. Be open about pay
In many offices, not everyone is aware how much their colleagues are being paid, so often assume they’re being paid less.

Conduct regular reviews with your staff on not just their work but on their pay. Let people know, if possible, when and how much their pay rise will be. Let them know, without giving away how much you’re paying other people, where they stand regards payment levels.

6. Don’t always focus on mistakes
It can be hard for staff when they’re working hard and you only notice the mistakes. But sometimes it’s only the mistakes that need to be highlighted and fixed.

Only point out mistakes at the same time you’re praising them, for a more balanced approach. Also, acknowledge any successes they have as well.

7. Get involved in worker’s life outside of work
People have many responsibilities in life including children, hobbies, households and more.

Be flexible. If they’ve got to take their kids to the doctors or have to look after an elderly relative, try and accommodate them so they can do so. Also, take an interest in their outside interests – people like to talk about things they’re passionate about.

8. Give credit where credit’s due
Often, when working with clients, you’ll pitch ideas that someone else has come up with without referencing them. This is acceptable in a lot of situations as the client may well not be interested in where the idea came from or the inter-office politics. But you’ve got to let your staff know why you’re doing this and give them credit within the office.

9. Listen to all ideas
Everyone thinks their idea is the best, but as the boss you’ve got a lot of staff giving you lots of ideas and not all can be used.

Don’t just dismiss ideas. As they say, there’s no such thing as a bad idea. If someone comes to you with an unworkable idea, ask them to take it away to reshape or rework it, offering constructive criticism and direction.

10. Avoid micromanaging
On some projects you might want to keep your hand in at all levels, but if you’ve hired correctly and kept your staff well-trained, then you should be able to trust them to get on with the job at hand without too much interference.

If you’re constantly having to micromanage look at which areas you’re doing it in and consider offering some staff training.