How to spot work place bullying

How to spot work place bullying

Bullies in the work place aren’t like they are on TV or in films. They can often be hard to spot and use subtle tactics to make their colleagues lives hell. Here’s how to spot the warning signs…

Workplace bullying is more common than you’d imagine, with reports from the TUC claiming as many as 1 in 3 people have suffered at the hands of a bully.

But spotting when it’s happening and who the bully is can be hard, as it’s often not just one event but systematic bullying over long periods of time.

It’s especially hard to spot in busy small businesses when you might not spend as much time as you’d like monitoring your employees. 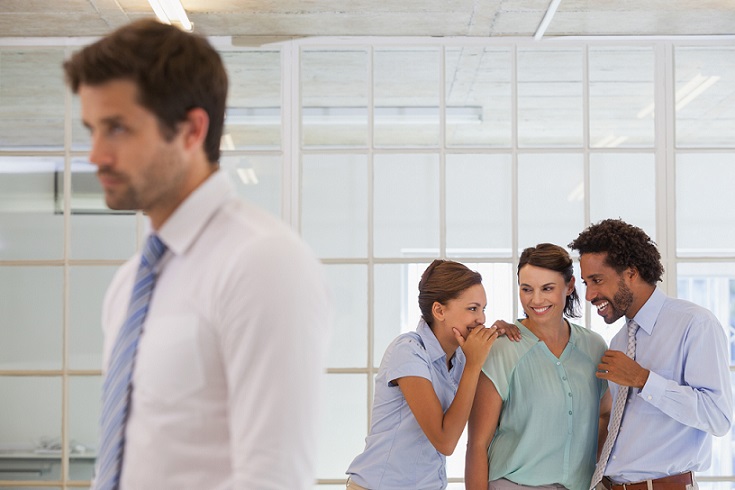 Here are a few signs to watch out for…

Drops in productivity
Bullying can affect people in many ways. One way is that it can impact their productivity.

If you find someone in your office suffers a sudden drop in their standard of work, first talk with them about it. It could be happening for a number of reasons. Be wary if they start saying that ‘nothing’s wrong’ or it’s just ‘something they’re working through’.

Keep an eye on them and speak with their line manager and colleagues. Remember, it could be anyone that is bullying them so getting a few opinions helps.

Someone being left out
Isolation is classic bullying tactic. It’s not so obvious that you would notice right away but can having damaging effects on both the morale of the person being isolated and on their productivity if they’re missing important events or meetings.

And it doesn’t need to be as obvious as this. A bully can simply miss the person out when saying hello in the morning, not reply to their emails or cut them out of conversations.

If someone is constantly missing meetings or seems like they’re not being included in important email chains, talk with them about it. Find out who would be responsible for inviting them.

Aggressive body language
Sometimes bullies simply can’t hide their aggression. Look out for people that shout more than others, who stand close to people when talking, or who point their fingers.

The finger point is a classic sign of someone trying to use their body language to enforce their will on someone else. It’s putting the blame and focus squarely on one person’s shoulders.

Sometimes they might deserve it, other times it could be a way of shifting blame from the pointer to the pointee.

Going too far with jokes
Jokes in the office are often a good way to boost staff morale. But sometimes bullies can use friendly banter to subtly attack or put down a colleague.

It’s sometimes hard to spot when a bully is taking things too far as often the person being bullied might not want to say anything for fear of looking like a killjoy.

As an employer, keep an eye on these situations to see if one person is constantly the butt of the joke. This is especially important in social situations when alcohol is being consumed.

You hear rumours
Gossip and rumours are hard to stamp out in offices, especially if your team spend time together socially. And while low levels of office gossip are to be expected, rumours of a more insidious nature could be a sign of bullying.

Trying to get to the source of the rumour can be difficult. But if the rumours and stories are often about the same person, they could be the focus of bullying. Have clear and well-publicised rules and guidelines about office gossip and the consequences of it.

How colleagues are described
If you do think there is bullying going on and have a word with the alleged bully they’ll often try and deflect the attention with a few key phrases.

Warning flags are when someone dismisses bullying claims by saying it’s just a ‘personality clash’ or that the person being bullied has a ‘bad attitude’.

One person’s personality clash is another person’s bullying. Keep an ear out for these phrases along with ones like ‘it’s nothing personal’ (it probably is), ‘I was just kidding’ (they probably weren’t) and ‘they’re fine with it’ (they probably aren’t).