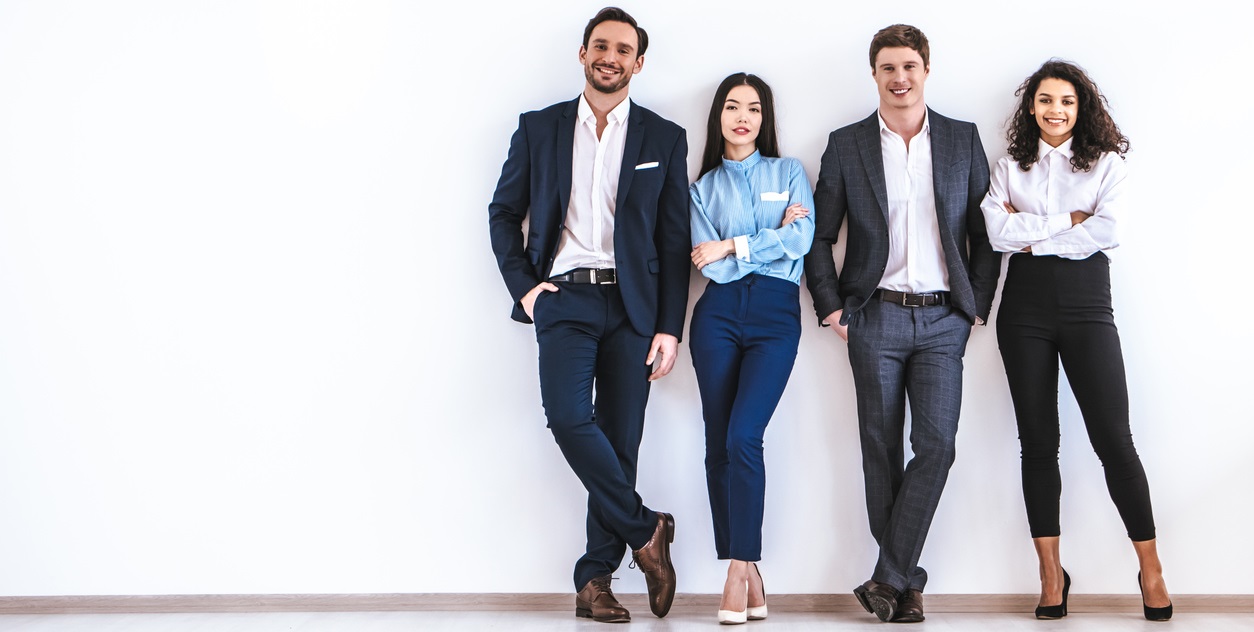 The era of formal suits for office attire could be at an end. As the working world becomes more flexible, more and more businesses are turning to the ‘smart casual’ dress code. We look at office trends to see if formalwear could be gone for good…

Dress codes have certainly changed since the days of the mid-century office. In the 1950s, employees were expected to have a unified, formal look, a reflection of the greater interest in processes, rather than results, at the time. Darker-coloured suits with a folded pocket square, dark ties, a crisp white shirt, a smart hat and a sensible overcoat were the norm, as were polished leather shoes. However, the stereotype of what ‘office attire’ means is changing as work becomes more flexible and the lines between ‘work’ and ‘life’ are blurred. 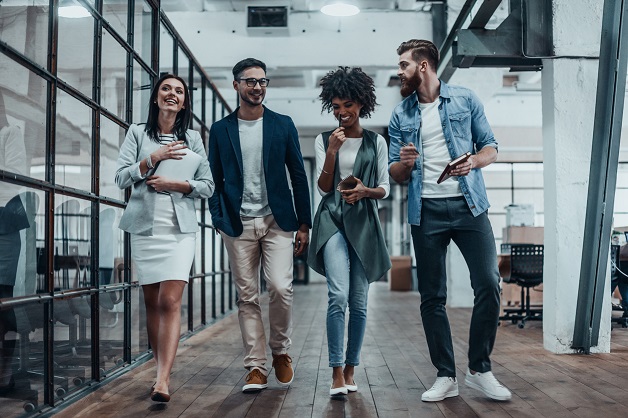 The creation of smart casual
The evolution away from the formal work suit – both for men and women – happened over time. Men’s suits have become slimmer fitting, moving from the wide-trousered, looser style of the 1950s all the way to the very tailored, slim-fit style of the 2010s. Ties have also slimmed down, going from thick, darker ties to thinner ties in all colours. For women, the formal skirt suit, usually in a sensible wool or washable fabric, has made way for more casual, non-matched dresses and skirts with a looser-fit blazer. Smart casual, or the blend of ties, cardigans and jackets with less formal trousers or skirts, has been embraced by many workplaces looking for a less rigid look.

Dress is industry dependent
Of course, office attire still depends on where you work. Finance and other related industries are still very much focused on the suit – it would be rare to walk into a bank and see casually dressed staff. However, more technical industries that were traditionally formal have been leaders in the charge for smart casual. Silicon Valley is widely credited with bringing in the polo shirt and slacks look that now epitomises smart casual in many offices.

Outfits are age-influenced
It’s not surprising that the change from smart to casual has been led by the younger generation of workers. As companies vie to offer a better work/life balance to encourage employees to join, the enticing offer of the smart casual work dress code has become more common. Just as flexible working is becoming standard, so is flexible dressing. Younger workers are wearing more casual suits bought from the high street, with mismatched blazers and trousers or skirts, rather than investing in costly traditional suits.

Formalwear comes in degrees
The term smart casual implies that there is still a line to be drawn between casual clothing, such as jeans and t-shirts, and office wear. The definition of smart casual isn’t fixed though, with many offices requiring some degree of formality, like jackets or ties to be worn, or a ban on t-shirts while allowing jeans.

Some pieces never go out of style
The formal blazer, on both men and women, is a workplace classic – there’s nothing that says ‘official’ like a blazer or a smart jacket. The tie, though less fashionable, has held on in the smart casual era in a much slimmer style, as has the collared shirt. For women, heels are still seen as professional office attire and are expected in some workplaces, although this is becoming less common.