Learning to say ‘yes’ as a small business manager

Learning to say ‘yes’ as a small business manager

Small businesses are a risky undertaking, which can push managers towards hesitant and negative decision making. But learning to say ‘yes’ can help your business in a number of ways…

Things move fast in the business world these days. Any decision can have an almost instant impact on your bottom line. This has led many managers to adopt a ‘wait and see’ approach, instead of a more positive one.

But some of the biggest names in business are rallying against the ‘institutional no’ and instead want business owners to learn to say ‘yes’ more often. 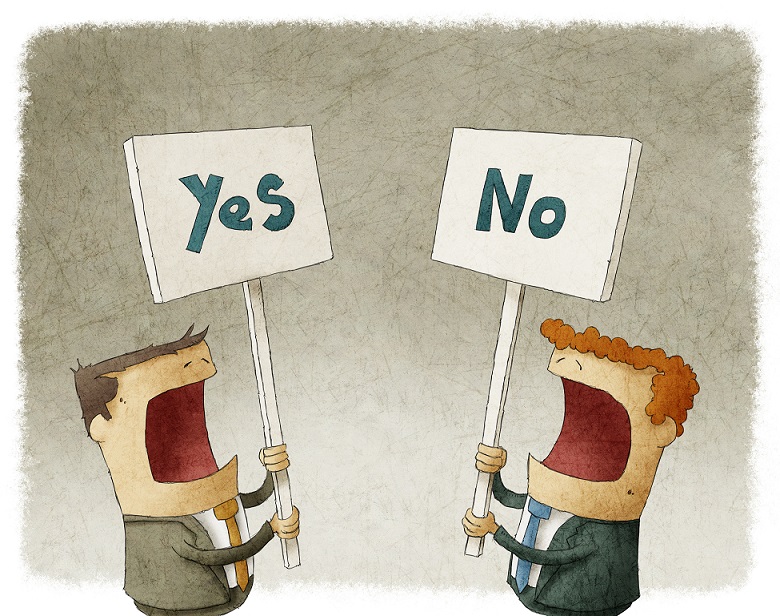 Saying yes, allows you to…

• Take risks. Risks can help spread innovation and ideas. With pressure from your financial or legal teams, managers often are scared to commit to anything without running it past half a dozen advisors first. But by learning to say ‘yes’ you commit to a risky proposition – and could benefit from the rewards should the decision prove to be correct.

• Move fast. Technology means ideas move fast. And if you’re always worrying about saying ‘yes’, you could be slowing down your firm. Even in simple day-to-day issues, being more positive can help speed things along. Think of how fast meetings could go if you committed to an idea and then moved on, instead of talking over the options endlessly.

• Lead, not follow. By moving fast you can get ahead of the competition. The ‘no’ culture is rife among small businesses – if you become a convert to ‘yes’ then you can speed ahead. Sometimes the risks don’t pay off, but if you do get ahead of the market that one time, it could pay huge dividends.

• Grow. And with getting ahead of the competition comes growth. Playing it safe will see you possibly grow by a few percentage points a year. But being risky and moving fast could help you find the innovation you need to grow faster.

Saying ‘yes’ during tense and heated meetings or during big decisions can be tough. Try these tips to help you move to a more positive place…

2. Take a moment. Don’t rush in. If you’re good at your job you should have a good idea of what the consequences of your decision will be. Consider these and then go for it.

3. Reward success, don’t punish failure. Get your team on board by rewarding their successful ideas instead of punishing ones that don’t pan out. This will give them a bigger incentive to say ‘yes’ and try something out. If it doesn’t work, move on to the next idea.

4. Put processes in place. Having processes in place – such as you having the final decision on a project you’ve green lit – mean that once you’ve said ‘yes’, you’ll know what happens next and that if things don’t work out, you can pull the plug. Consider it a safety net.

5. Reframe questions. If you want to get your team or bosses on board with the ‘yes’ culture, make it harder to say ‘no’. Instead of asking ‘what do you think?’ say something like, ‘I think this is the best way forward. Can I move forward with it?’ Or provide them with the benefits of saying yes, like saying you could have the project completed within a week if you give the go-ahead today.