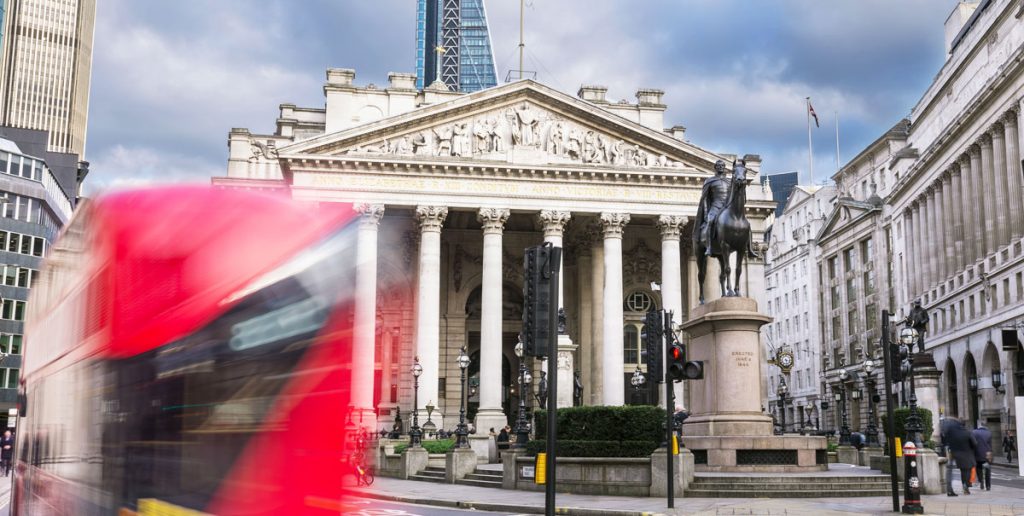 According to a survey compiled by an alliance of global recruitment companies, London has retained its number one ranking as the most desirable city in the world in which to work, a title is has held since 2014.

Boston Consulting Group (BCG), The Network and Totaljobs conducted research among 209,000 people in 190 countries, finding that internationally the UK’s capital appeals most to highly educated individuals and those working in professional or digital roles.

Despite Brexit and the coronavirus pandemic, the prominence and reach of the British Commonwealth creates an aura which seems to help London overcome its geopolitical uncertainty. The city is most favoured by those in professions which include insurance (21%), legal (21%), finance (20%), media (20%) and health and social care sectors (18%).

The report found; “The UK capital proved to be most popular for workers from a number of different types of countries: those with historic and language links such as South Africa and Nigeria, those with strong historic working links including Portugal and Romania, and also economic powerhouses such as China.”

In addition, London continues to be the second most popular destination for European workers, Berlin being the most desirable, however, globally Berlin dropped from 2nd to 3rd position.

New York plummeted from 2nd to 8th position with Amsterdam climbing from 5th to 2nd place. Dubai also climbed three places from 6th to 3rd but it was Abu Dhabi which continues to make the greatest gains rocketing up from 51st place in 2014, to 14th in 2018 and 5th in 2020. Tokyo and Singapore were climbers, while Barcelona took a tumble from 4th to 9th place, and Sydney fell one place from 9th to 10th. 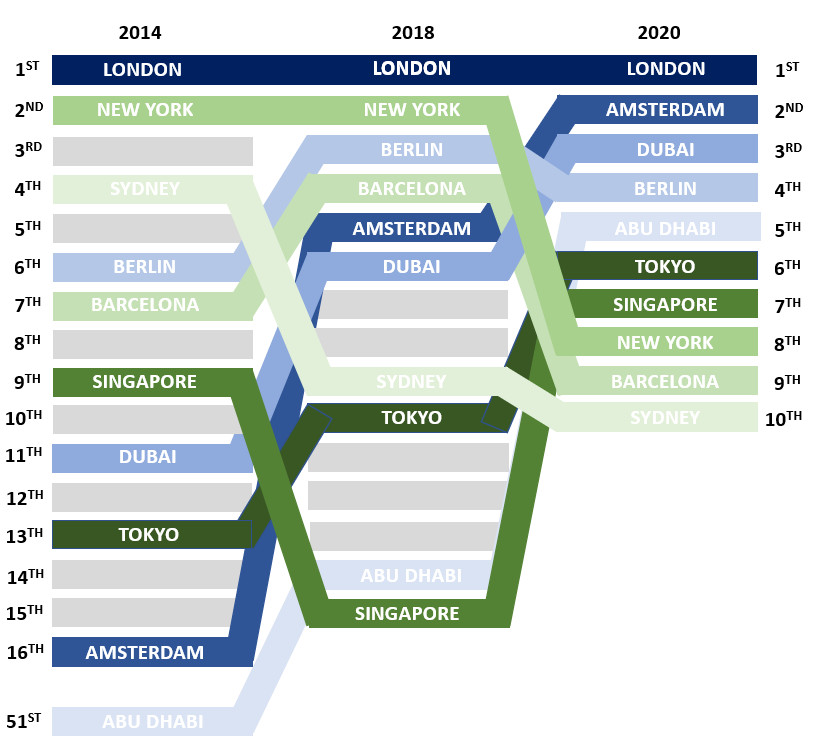 Commenting on the report’s findings, Jon Wilson, CEO of Totaljobs said: “It’s encouraging to see that British employers can continue to attract the best talent from the global workforce, in part due to London’s long-standing reputation as a multi-cultural hub for international trade and its strong employment offering.”

“This said, there’s still work to do in remedying labour shortages in key industries which are less conducive to remote working, particularly social care, logistics, and hospitality,” he added.

Overall, the interest in working overseas has declined quite significantly in most countries including the UK. In 2018 62% of British respondents were already working abroad or willing to move abroad for work, whereas in 2020 this number dropped to 48%.

In terms of the top countries in which to work, the USA was knocked off its top spot by Canada, with Australia coming in 3rd, Germany 4th (falling two paces) and the UK 5th, retaining its 2018 position. Spain and Italy fell out of the top ten altogether almost certainly due to high Covid infection rates, France also dropped down the list from 7th to 9th place.