Monday, December 2 is set to be the most stressful day of the year as British employees struggle to complete their Christmas preparations while wrapping up work in time for the festive holidays, according to a new study by serviced office provider Business Environment.

The firm polled 1,500 adults on times of the year they found most taxing, with the first Monday of December named as the worst. Nearly a fifth of respondents (18.7 per cent) cited December as the most stressful month.

The people most likely to be stressed out in December are adults aged between 45 and 55 (26.52%), indicating that the challenges of making Christmas arrangements for a family, all while holding down a job, are proving stressful for parents. 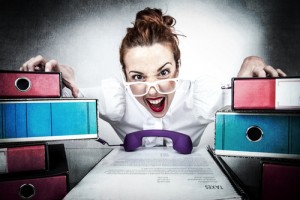 David Saul, Managing Director of Business Environment, said: “Many of us think of December as a time of office parties and winding down, but that’s not the case for everyone – many people have to do a month’s-worth of work while keeping the family happy and paying for the annual present splurge. It’s a recipe for stress. Unfortunately, December the second is going to be a manic Monday.”

The 45 –55 age group is also the most likely to take time off work due to stress, with a quarter (24.6 per cent) admitting they have had stress-induced sick days in their career.

Conversely, 18 – 34 year olds – a group less likely to be responsible for a family – are the most care-free age group throughout December.

Compounding the negative effects of stress, workers are turning to unhealthy methods as a way to relax. Three per cent of workers say they deal with stress by having a cigarette, while 6 per cent turn to bottle. The research also reveals that other popular tactics used to de-stress at work include taking a short walk to get fresh air (43.67%), calling friends or family (32.66%) and having a rant in private (28.02%).