Mentoring to transform your staff

Mentoring to transform your staff

David Saul, managing director at Business Environment, takes a look at the importance of mentoring staff

As the proverb goes: “you’re only as strong as your weakest link”. This quote is often attributed to sports teams – a weak pass in football could result in a goal for the other team, while a poor batsman in cricket could put the whole team to shame. However, it’s an important lesson in business too.

In 2012 the Government announced its plans to train 15,000 mentors for small businesses and entrepreneurs, with figures suggesting that 70 per cent of small firms that receive mentoring survive for five years or more – double the rate compared with non-mentored firms. 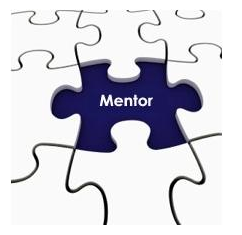 This can be applied to the inner-workings of a business too. Building a team that operates as effectively and efficiently as it can relies on recognising individuals’ strengths and weaknesses and guiding them so they perform to the best of their ability.

There is a misconception that coaching and mentoring are one and the same. But while they are related, each plays a very different role in personal development. Coaching is “task-orientated and short term”, and should be used by all managers as a means to get their staff to build skills on the job. Mentoring meanwhile is relationship-orientated, offering employees an environment in which they feel safe to discuss their progress and air any problems both professional and personal.

Unfortunately mentoring is all too often put on the back burner as employees focus on the here and now and get bogged down in day-to-day workloads. I believe it’s important not to relegate mentoring to second-rate status. Instead it should become a central part of a company’s operating ethos.

Just like any change in business operations, the first step in making mentoring a success is gaining “buy-in” by involving employees at all levels. Training sessions that highlight why mentoring is important and what people can expect will avoid resistance and encourage everyone to embrace a new way of working.

Remember that mentoring is all about trust. Confidentiality is key – mentors have a responsibility to ensure anything discussed during mentoring sessions do not become public knowledge. Where possible, try to match mentors with people they do not work with on a day-to-day basis. An employee is much more likely to open up if they do not fear it will affect their chances of promotion or relationships within a team.

It is also important that mentoring follows a set structure. While mentees should feel they are always free to go to their mentor at any time, there should also be regular meetings with specific goals and outcomes. This way both the mentor and mentee will see progress being made, with the relationship growing stronger over time.

Mentoring should also not be regarded as something only junior members of staff have access to. It’s important to bear in mind that even senior personnel can benefit from the experience of others. From the MD down, there should be a system in place.

Mentoring can be hugely rewarding all round. Each business has a huge wealth of experience sitting within it – why not share it as much as possible?