New offices for BE Offices headquarters

BE Offices has relocated to new headquarters offices as of today, 3rd April 2017

BE’s central services team has moved from 150 Minories, EC3 where it had been located since April 2014. Since BE’s arrival three years ago, the surrounding area along with Shoreditch and East London has experienced a huge surge in demand. This has led to a lack of space for the expansion that BE required to house its growing head office team, which has increased in size by 12% since 2014. 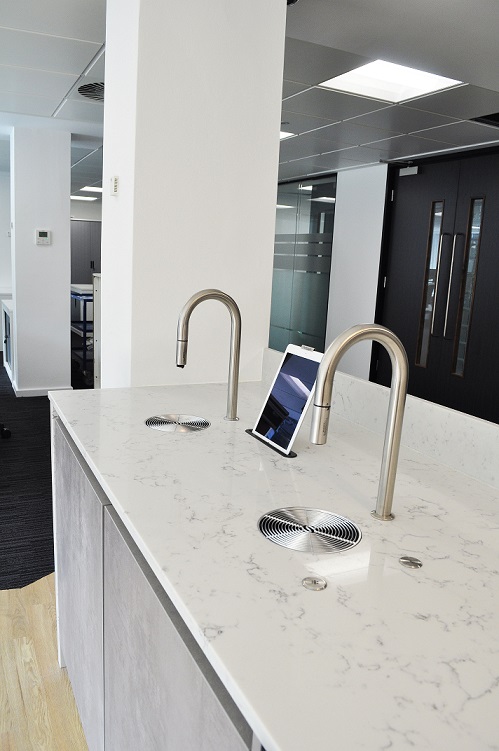 At BE’s new location, CentralPoint, 45 Beech Street, London EC2 Y 8AD, its been possible to design the new office space from scratch with an internal working party brought together comprising members from different departments who have had the opportunity to submit ideas and suggestions for the new space. Realising the importance of breakout space, 20% of the new office is dedicated to collaborative seating areas and kitchens, with a TopBrewer Bluetooth coffee machine as an added perk.

The whole team are excited about the new working environment together with the management team at CentralPoint who have warmly welcomed everyone to Beech Street, which served as BE’s headquarters back in 2004 to 2006.

Assets Director, Andy Emden said “We wanted to give our staff the exceptional level of working environment that we provide to our clients.”

BE are currently in discussions with two global organisations who are interested in taking the space at Minories which was vacated last week.

5 ways coronavirus has reshaped company culture
As the economy attempts to recover from coronavirus, we ask how the pandemic will shape…

Focus on: Manchester
Join us as we take a look at Manchester’s business credentials… Manchester has shaped the…

Top 5 ways to improve your posture while working
No matter what your role, it’s always important to keep the perfect position as you…