On Your Bike – UK Business Takes to the Road!

On Your Bike – UK Business Takes to the Road! 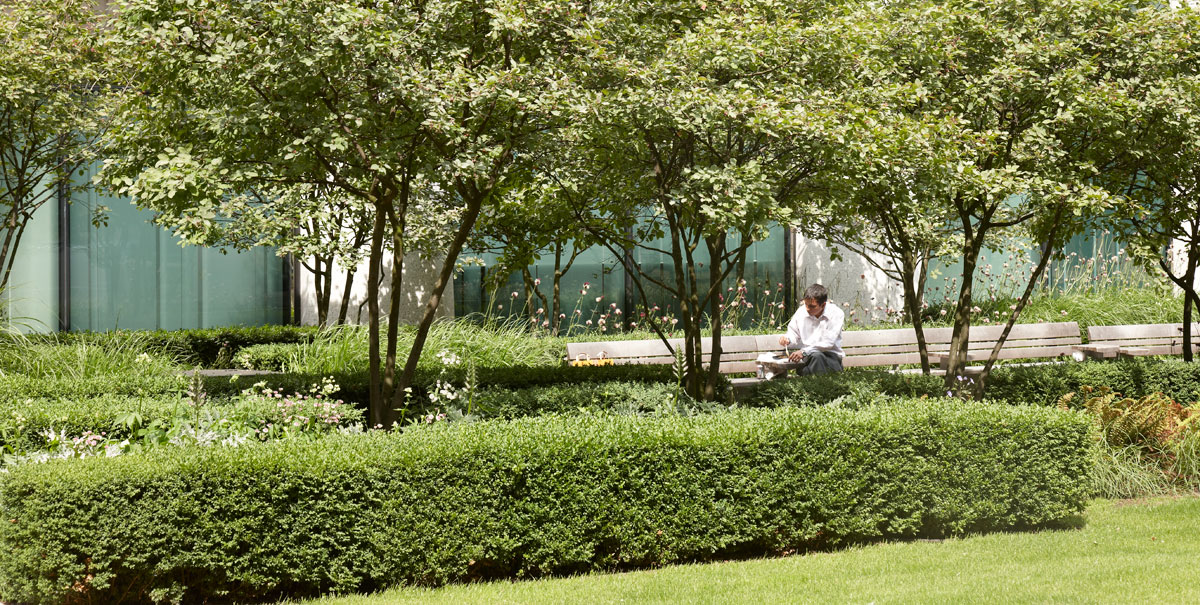 Businesses are discovering that the financial advantages of cycling go far beyond the environmental benefits and improving employees’ health and well-being.

The humble bicycle is enjoying something of a renaissance in the UK; after almost half a century of decline, cycling’s popularity is growing again. More and more people are getting on their bikes and its health, environmental and financial benefits are increasingly being recognised.

Whilst cycling’s popularity is unlikely to equal its peak in the late 1940s when almost a third of all journeys were undertaken by bike, there’s no doubting its growing popularity – as a sport and increasingly as an effective means of transport in cities and towns. Travel through major cities such as London, Manchester or Edinburgh today, compared with even 10 years ago and you will almost certainly see more cyclists, more dedicated cycle lanes and bike racks.  London’s Barclays Cycle Hire scheme (almost universally known as Boris Bikes) is probably the most high profile example of this growing popularity.  A recent study by the London School of Economics (LSE) estimated that last year, 3.7 million bicycles were sold and that there were 1.3 new million cyclists took to the roads; 500,000 of whom could be classed as regular or frequent cyclists.

Boris Bikes have certainly captured the capital’s imagination and significantly raised cycling’s profile as a business – rather than just leisure – vehicle. Launched just over a year ago with 6000 bikes and 400 docking stations, the Scheme’s highly visible, blue bikes can be hired from – and returned to – docking bays located in the City and several London boroughs. With 6 million journeys completed during its first year, around 22,000 people now use the scheme daily.  It success has been such that there are plans to increase the number of docking stations 10 fold over the next two years, a further 2000 bikes will be added and Barclays will extend its sponsorship until 2018.

Whilst individuals have taken up cycling for its health, environmental and financial benefits, many have done so without any help from their employers, many of whom have been slow to realise its advantages.  Yet, there are considerable benefits for companies who encourage and facilitate cycling amongst their employees.  The rising cost of fuel and transport mean higher costs for business; many cities are set to implement congestion charges for travelling at peak periods, taxi fares look set to increase and London’s tube and bus fares are set to rise by 7% in 2012.  Yet cyclists don’t pay for fuel, bikes are exempt from London’s congestion charge and the costs associated with rising fares don’t apply.  These are indirect savings, but as cost pressures mount, they could certainly help businesses maintain rather than increase their costs.

There’s significant evidence too, that cycling can reduce traffic congestion, so helping businesses improve their productivity by ensuring meetings take place and start on time.  Only last year, research from the RAC Foundation estimated that road congestion cost the UK economy £20 billion a year in lost production.

The LSE Report on the British Cycling Economy also highlighted a 20% increase in current cycling levels by 2015 that could save the UK economy £207 million in terms of reducing traffic congestion.

Many people take up cycling for the health and well-being benefits; helping them to get fit or become fitter, as well as losing or maintaining their weight.  In addition to a growing interest in personal well-being, the rising cost of insurance and private health schemes provide a financial incentive – as well as a personal one. Yet businesses often fail to make a link between a fit, healthy workforce and their own financial or commercial well-being.  Companies with happy, healthy staff tend to have lower rates of absenteeism and the LSE’s report suggests that the health benefits associated with cycling could save the UK economy around £128 million each year in fewer absences or sick days being taken. With inactivity estimated to cost around £760 million a year, companies who encourage, help or incentivise their employees to take up cycling (or any other exercise) are likely to see considerable financial benefits – as well as health benefits for their employees.

The environmental benefits of cycling are almost too well rehearsed to mention: lowering carbon emissions, improved air quality being the most obvious. Cyclescheme, one of the UK’s largest providers of cycle to work schemes estimates that its users save around 6880 tonnes of CO2 each month. Whilst many companies are keen to endorse such goals, encouraging cycling is particularly relevant to the increasingly importance placed on an organisation’s Corporate Social Responsibilities.  As environmental issues move up the corporate agenda, an effective programme to promote and facilitate cycling across your business demonstrates a clear commitment to your employees and the environment.

The Government’s Green Transport initiative is a wide ranging plan which aims to cut carbon emissions by reducing the number of car journeys taken to and from work; it also covers business travel.  Usually, if companies help employees to get to and from work by paying for petrol or providing season tickets, these are seen as taxable benefits. However, under this initiative, employers can offer bikes, safety equipment and workplace parking for the bikes – without having the tax or National Insurance liabilities.  In practise, it works by companies buying the bikes and then effectively hiring them to their employees as a tax free benefit. Cyclescheme (www.cyclescheme.co.uk) is one of the UK’s largest providers of cycle to work schemes for UK businesses – it partners with more than 1700 bike shops, where employees can select their bike and equipment.

Whilst there are many formal schemes available, many businesses have already taken practical steps to encourage cycling: by providing secure bike parking, showers at work, informal information sessions and even bike clinics.  All Business Environment (BE) City offices are now within easy reach of bike racks and most office centres have their own bike parking facilities.  Additionally, BE is now offering free Bike Clinics at all its centres: these provide advice about all aspects of cycling, including bike ownership and maintenance.  Clients can bring their own bikes for a thorough check-up, as well as ongoing advice and maintenance throughout their time at the centre.

For organisations looking to promote cycling amongst their employees, there is a wealth of advice and practical assistance available on everything from the Boris Bikes and cost savings, right though to financial assistance for showers and locker rooms to help cycling employees. Excellent starting points are Transport for London and Sustrans, the sustainable transport organisation.

There’s little doubt that as more people travel more frequently, the need for a fast, low-cost and convenient method of transport has never been more pressing. With such health and environmental benefits, the humble bicycle may yet prove a more effective means of transport than the car in the city of the 21st century.