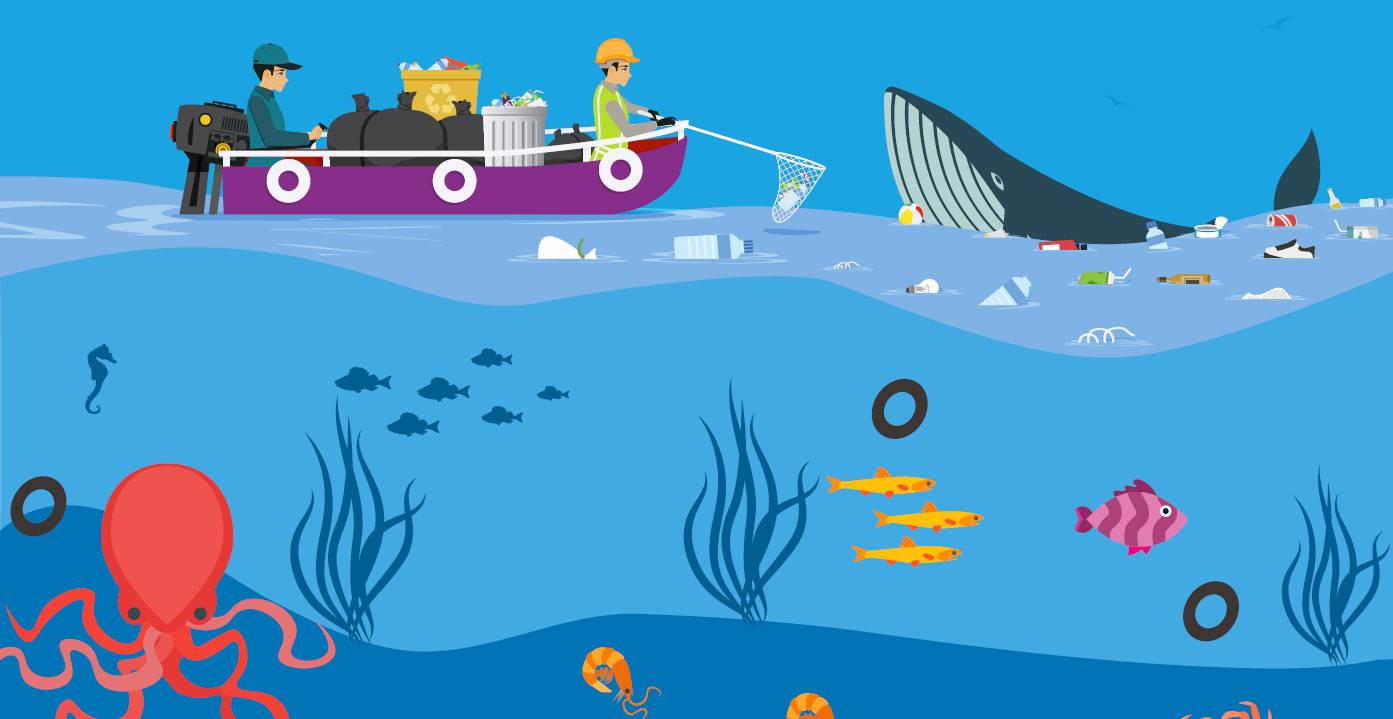 To coincide with the BE Offices charity trip to a reef conservation project in Belize we are supporting World Oceans Day today.

The ocean is said to occupy almost 71% of the world’s surface – yet only 10% of it has ever been explored by humans. Unfortunately, this mysterious expanse and its ecosystem is under great threat from pollution and damaging human processes.

The biggest problems the ocean is facing right now

Global warming
Oceans absorb between 30% and 50% of the carbon dioxide produced by burning fossil fuel. This is absorbed by plankton which in turn damages the rest of the food chain.

Land-based pollution
80% of all pollution in the ocean comes from land-based activity. Rubbish in the ocean kills up to 1 million seabirds and 100,000 sea mammals per year.

Overfishing
13 out of 15 of the world’s largest fisheries are overfished. Larger fish like tuna and swordfish have declined by 90% in the last century due to overfishing.

Tourism
Tissue damage from boat oil and anchors is destroying reefs. By 2050 only 50% of our coral reefs will be intact.

Oil
The 20% of pollution which is not land-based is due to oil spillages, which poisons marine ecosystems.

What’s being done to fix the problem?

In 2017 Norway initiated a U.N. resolution to eliminate plastic waste in oceans by 2020, which was signed by all 193 members of the United Nations.

24 countries, including the US and China, made a 598,000 km squared area in the Ross Sea an MPA in 2017 in a bid to protect its wildlife and resources.

In 2015 New Zealand created the 620,000km squared Kermadec marine reserve, which is completely protected from fishing and mining. It is considered crucial in protecting the area’s ecosystems and biodiversity.

What can you do?