Small business need to stand up for themselves

Small business need to stand up for themselves 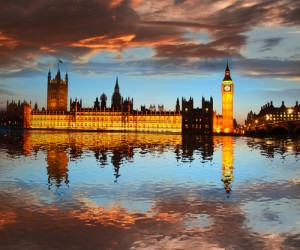 Try a quick test. What first comes to mind when you hear the word “business”? I’d be willing to bet that for at least one in every two people the word conjures up images of huge firms, captains of industry, large offices or factories. “Business”, in other words, is often connected with “big”.

With size comes power. Look at the website of the government’s Business Advisory Group and you notice the coalition seeks the opinions of executives from firms such as Burberry, BAE Systems, Google, Prudential, Tata and GSK. True, small or medium-sized businesses (companies with under 249 employees, according to the Federation of Small Businesses) have no representation.

However, perhaps our opinions – those of the public and the government – are weighted too far in favour of the big fish.

99.9 per cent of the UK’s firms are SMEs. SMEs employ a fraction under three-fifths of the country’s workforce, and contribute half of the country’s gross domestic product. Small firms, in other words, are as important as their larger counterparts.

This lack of recognition is a problem. According to the Confederation of British Industry “Medium-sized businesses are often overlooked by policy makers. Data on them is scarce and policy is rarely targeted to their needs. We need to do more to recognise these future champions of the British economy and do what we can to let them fulfil their potential, which could inject a possible £20 billion into the economy by 2020.”

The CBI has identified an important problem. For instance, none of the members of the Business Advisory Group have recent full-time experience at a small firm. This means policy they help create is at risk of being tailored to the 0.1% of large firms rather than the 99.9% of smaller ones.

On a more controversial note, while it is foolish to portray Vodafone, Amazon and Starbucks as cartoon villains – they employ millions and provide services we want – it’s striking that many of these companies have been allowed to pay token quantities of tax while most smaller companies, collectively more important to the economy, are left to shoulder the correct rate.

What should small businesses do? The most obvious reason why their individual voices are not heard is that they aren’t large enough for policymakers to take notice. That’s why it helps when we group together, and this is a solid reason for joining an organisation such as the FSB, the Institute of Directors, a Chamber of Commerce, or a similar group.

Furthermore, it’s important to get engaged in the debate. At any one time there are conversations happening about access to lending, business rates, regulation, and many countless other issues that affect SMEs. You can get involved in these in many ways, including writing a submission during a consultation period, lobbying your MP or even simply writing something in the comments thread of an article.

It is time that small businesses stood up for themselves. We want to arrive at a situation where a sole trader is on a government panel, and where if someone mentions the word “business”, the average person will immediately think of a hardworking company with just a handful of people.